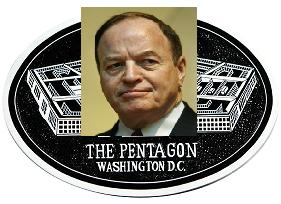 This op-ed was also sent to Veterans Today from Veterans for Common Sense (VCS) noting that in a clear and present internal danger to our Nation’s security, U.S. Senator Richard Shelby of Alabama has kept a “hold” on as many as 70 political appointments, many of them at the Department of Defense, thus blocking their confirmation by the full Senate.

Shelby’s actions are as partisan as they are reckless, especially as our Nation fights two prolonged wars in Iraq and Afghanistan.  Shelby, who faces no re-election opponent in November 2010 and may  feel invincible, should end his battle against our military just so he can get special favoritism for a few ‘earmarked’ defense contracts.

The Winter of America’s Discontent 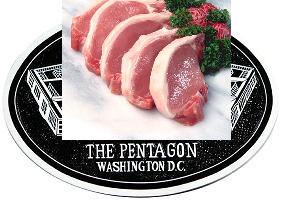 It has been more than four decades since the Congress of the United States has been able to summon the will to pass a major piece of social legislation. Significant healthcare reform is all but dead for this session, and the chances of substantively addressing the regulatory breakdown that allowed Wall Street’s irresponsible speculation to precipitate the worst global financial crisis since the Great Depression seem to recede with each passing day. So too the prospects for passage of further stimulus measures to remedy the crisis of unemployment and underemployment that continues to ravage the lives of families in states from Michigan to California.

What does that have to do with Veterans and National Security?

In the face of these daunting issues, what was it that preoccupied the Senate on the eve of its long weekend recess before the snow storm now bringing DC to a standstill?

It was a standoff between the White House and Sen. Richard C. Shelby of Alabama, who has put a personal hold on more than 70 executive branch appointments [many within the Defense Department to replace Bush administration hold overs] until the Obama administration agrees to fund a couple of pork-barrel projects he has earmarked for his state.

One involves tens of millions of dollars for an FBI laboratory focusing on improvised explosives — something the bureau doesn’t think it needs. The other involves [defense] contract specifications for an aerial tanker that U.S. Air Force defense contractors Northrop Grumman and Airbus would manufacture in Alabama, if they win the deal. (Boeing also is competing for the plane, which it would build in Topeka, Kan., and Seattle.)

VOTERS CAN PICTURE VULTURES CIRCLING AROUND THE CARCASS OF THEIR TAX DOLLARS.

Unless the administration agrees to give Shelby what he wants, he intends to invoke an archaic senatorial privilege that allows him to prevent the chamber from considering any of the administration’s nominees to executive branch vacancies, no matter how crucial. Without the 60 votes to force cloture — another archaic convention…

Outside the Senate, Shelby’s conduct would be called extortion; inside the chamber, it’s a “parliamentary tactic.”

It’s also the sort of shabby situation that brings into sharp focus both the sources of congressional dysfunction and the popular discontent on both the left and right with the congressional parties.

Earmarks and pork [most tied to DEFENSE CONTRACTS]  are anathema to a majority of conservatives and independents; the Senate’s outdated, made-for-obstruction rules and susceptibility to special interests are a source of increasing frustration to liberals and some independents.

Yet, here we have one senator from one state obstructing with impunity an entire nation’s business — purely for his narrow constituency’s financial interests.

You don’t have to attend a “tea party” convention to see the corrosive effect this sort of political earmarking has on American attitudes toward the institutions of national government and the parties vying to control them.

JUST HOW ANGRY ARE AMERICAN VOTERS?

Evidence of the damage [to both parties] is scattered throughout the recent polls:

A Wall Street Journal/NBC News survey, for example, found that although 52% of the nation’s voters retain a favorable view of President Obama, only 38% have a similar appraisal of the Democratic Party. The Republicans fare even worse; just 30%, fewer than 1 in 3 voters, view the GOP favorably.

A recent CBS News poll found that nearly half of all Republicans, 45%, disapprove of their party’s congressional delegation.

A national Washington Post/ABC News poll found that just 24% of Americans, fewer than 1 in 4, trust congressional Republicans, like Shelby, “to make the right decisions for the country’s future.” (Wonder why?)

Blame the Republicans, don’t think so.

The House and Senate Democrats didn’t fare all that better, and are trusted by just 32%. Forty-seven percent of those polled — still less than half — have confidence in Obama’s ability to make the right decisions.

When people’s mistrust of their elected officials and the parties reaches these levels, there is little for political leaders to do but take counsel from their own anger and anxieties — and, these days, the popular mood fairly seethes with both those things.

Discontent with the present and apprehension about the future have become the background noise of our politics.

Yet both sides of the congressional aisle seem deaf to the din.

In one of his magisterial explorations of German politics between the wars, the historian Ian Kershaw mused that “there are times — they mark the danger point for a political system — when politicians can no longer communicate, when they stop understanding the language of the people they are supposed to be representing.”

It would be reckless not to insist that this country and its politics remain, in crucial ways, far distant from the Weimar Republic, the failed attempt at democracy in Germany before the rise of Adolf Hitler.

It would be rash, though, to pretend that the distance remains as great as it once was.