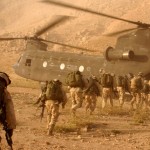 “STOP LOSS” MADE THEM SLAVES, “REDEPLOYMENT” TOOK THEIR FAMILIES AND JOBS

Vietnam should have been a lesson but we don’t learn, not when money is involved.  In a war with no civilian contractors and a much lower combat/support ratio in theatre, casualty levels were more than ten times higher than during the “War on Terror.”  The lessons were there, tens of thousands of suicides and less than half of Vietnam veterans lived to 60 years old.  Percentage figures, combat or support, dead, disabled, homeless, prison, divorce, illness and death, always a figure everyone can understand, all avoided like the plague.  Ask no questions, suffer no knowledge.

We did it again.  We are blaming the Department of Veterans Affairs for our failures.  Who do you think tells them to shred millions of documents or deny disability claims until veterans are dead?  As with Social Security, disability pensions for disabled vets from Vietnam started kicking in after decades of ignoring illnesses, misdiagnosing problems, destroying paperwork and watching veterans die in poverty, with the children of most Vietnam veterans suffering the most.

While Vietnam veterans began receiving disability in their 50’s, younger veterans apply for disability immediately.  Instead of a year or two of disability, they will live their entire lives as “disabled veterans.”  The numbers are the telling part.  It is estimated we are going to have 500,000 “War on Terror” veterans receiving disability for decades, with full health insurance for their families, tuition for their children and more.  A typical family with 2 kids in college will cost well over $100,000 between disability, medical care, tuition, dependents allowances and fees with that figure going to over $300,000 when VA processing and management costs are taken into account.

This is why the GOP has typically voted against veteran issues.  They are going to bankrupt the country.  My question is, why continually send us to war if we aren’t willing to pay the bills?

When considering what has been done to our military, not only those serving but veterans and the general awareness that the promise of training, a steady job and a “fair deal” is untrue, our current wars have done more to damage our overall national security than we will ever be able to gauge.  When we also take into account that, even if we take our “cover story ” on our “terror war” seriously, which I do not, it is still all about Israel.

We are either fighting endless wars to secure one of the most powerful democracies on earth from their pitiful neighbors or we are fighting to secure predatory racist and colonial policies for a police state disguised as an American ally.  It doesn’t matter which version you choose, America is still being screwed.  Support of any of the stories, the one from the MSM/Corporate/Israeli controlled press or independent journalists,  the relationship between the US and Israel is adversarial.  They are using our troops to fight commercial wars for their profit while we go broke.

If anyone is left that believes Israel is in danger, please read any of the defense studies available on open source.  Israel has ICBMs and nuclear weapons adequate to destroy the United States.  Iran is not likely to be much of a problem.

Israel and India are deploying advanced ICBM systems capable of carrying up to 12 nuclear warheads per missile that can reach anywhere in the Middle East.  Variants with 3 or more thermonuclear warheads per missile can reach anywhere in the United States with a total range of 18,000 kilometers, missiles more advanced than any in America’s current arsenal.

With better missiles than we have, an entire country under the most advanced missile shield in the world, billions in American foreign aid, no debt and a booming economy selling weapons around the world, the idea of Israel as a “threatened nation” is criminally absurd.  That Israel has full access to our most advanced weapons systems through both authorized and unauthorized means (a long history of spying on the United States) and is growing rich exporting them, not always with thought to how they will be used, makes any talk of “partnership” insane.

That America is destroying the lives of a generation fighting “terrorism” tied entirely to propaganda about “poor Israel” and her imaginary enemies is beyond criminal.

With 500,000 “breadwinners” as disabled veterans, essentially half a million young families, ripped out of our economy, eating more money than national health care, Federal aid to education, food stamps and all American foreign aid combined, we are building a “military welfare state” inside the United States that will go on forever.  Service in our current military, with constant deployments and lives interrupted for a decade has left the majority of those who served as ineffective soldiers, unemployable private citizens and, in many cases, permanent patients requiring a lifetime of physical or psychological treatment at a staggering cost.

Attempts to curtail this problem, attempts that have cost hundreds of millions of dollars have been totally ineffective, in fact, our military is “melting down” at an increasingly rapid rate.

OUR GOVERNMENT’S “BACK STABBING” SOLUTIONS

Cutting back on the costs of our wars and our foreign policy meant more to serve others than ourselves has required some creativity on the part of our military and government.  One of the favored ploys of the military is to hand out bad discharges whenever possible, especially to troops who are suffering from severe PTSD and too disabled to function in combat.  Some day a dishonoable discharge may be the equivalent of a Medal of Honor, proof someone has sacrificed him or herself for their country “above and beyond the call of duty.”  If only this were a joke.  How many heroes are out there with “bad paper?”

At the civilian level, dealing with “veterans,” there are a variety of games from considering any psychological or physical disorder as “pre-existing” to losing paperwork over and over to systematic psychological abuse.  This system was proven to work on Vietnam veterans and is deeply engrained into Veterans Affairs.

DESTABILIZATION OF AMERICA:  WHO DOES IT SERVE?

We have seen economic collapse under massive debt, war, corruption and tax cuts moving us into 3rd world status.  We have seen our military exhausted, our manpower base destroyed and disillusioned.

If the US exhausts itself in decades of war in oil and gas rich Asia and ends up only beset with debt, terrorism and half a dozen new nuclear powers, does this make America the loser?  If India and Israel control central Asia, and Russia and China control the world’s money supply, what is left for the United States other than to act as a mercenary or dupe?  Was there a grand plan at all, aimed at anything other than the destruction of the United States, seemingly at her own hands?

Are we this stupid or is something else at work here?