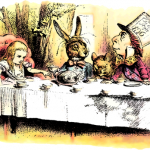 Editor’s note: This article was originally published on The Huffington Post.

By Stuart Whatley —Last summer, when mass protests broke out in Iran following what was seen as a rigged election, Americans cried out in support of the uprising through all possible channels.  Some commentators here went so far as to claim credit for the “revolution,” as if it never could have happened without American political movements having already set the example. But despite the arrogance of that claim, the Iranian Green Movement is indeed an exertion of democratic will that resonates closely with many Americans—and for good reason.

America’s rich history of successful social and political movements, from its genesis onward, lends profound familiarity to the Iranian uprising, most of which has remained nonviolent. The enduring American symbolic identity—as a bastion of freedom and opportunity—is mostly justified when one considers the relative success of the Civil Rights or Feminist movements of the 20th Century, or of the ongoing LGBT rights movement, which continues to make incremental gains today. American democracy, fueled by an active populace—despite its numerous imperfections—remains the gold standard around the world.

It is against this venerable historical backdrop that one must concede that the most well known, highly publicized American social/political movement today—the tea party movement—is a national embarrassment.

At its core, the tea party movement is rife with contradiction, incoherence and a willful contempt for facts or reason. It is but a parody of the legitimate movements for which American democracy has historically been held in such high regard. It is, in fact, the latest installment in quite another American tradition: the exploitation of frustrated, desperate, and susceptible people by monied interests and profiteers.

The impetus for the Civil Rights movement was centuries of racially based oppression at all levels of American government and society. The logic behind its call for equality was overwhelming. Now consider the tea party movement, whose foremost demand of a president who in his first month passed one of the biggest tax cuts ever… is for tax cuts. The movement’s incoherence is only illuminated further when this demand is uttered in the same sentence as its call for deficit reduction.

Though the movement claims to have no defined leadership, there are public figures and entities who nevertheless carry that mantle, which has led to perhaps its greatest irony: A portion of the American populace who carries a populist banner against the coddling of greedy bankers is led by some of the country’s most cynical and base profiteers.

When the movement was christened last April for a large tax day protest, it was derived wholesale from the efforts of a registered corporate lobbyist and a right-leaning cable news network, whose president recently pointed out that it’s all about ratings. At the tea party’s national convention last weekend, its keynote speaker was a former governor who quit midterm in order to peddle a book that she didn’t write, but for which she collects most of the royalties. If this were Iran’s Green Movement, these would be the people slinging marked-up green headbands on the street corner.

Of course, the tea party is not without its whistleblowers. The $500 per plate entry fee to last week’s convention almost led to it being canceled altogether. But the exodus of reasonable elements will only homogenize the movement further towards a particularly polarizing worldview that opens itself to continued profit-driven exploitation.

In Authoritarianism & Polarization in American Politics, a revealing work of political science published last year that unfortunately went somewhat unnoticed, Marc J. Hetherington and Jonathan D. Weiler describe a specific worldview—authoritarianism—which they argue lies at the heart of political polarization in modern American politics. (It should be noted: their use of the term is not related to the more quotidian and overly negative connotation associated with despotic regimes; rather, it describes a particular lens through which certain people view the world, based on a wide range of scholarly work spanning the fields of psychology, sociology, political science, and other cognitive sciences.)

According to Hetherington and Weiler, authoritarians tend to rely more on emotion and instinct in decision-making, view politics in black and white, resent confusion or ambiguity in the social order, and are suspicious of specific groups who they believe could alter that order (typically gays and immigrants). The difference between authoritarians and nonauthoritarians, according to the authors, becomes far more pronounced during tumultuous economic or social periods when there are more perceived “threats.”  During such times, authoritarians in particular lose accuracy motivation and, “become much less interested than nonauthoritarians in seeking information that [is] balanced in its approach, and much more interested in pursuing one-sided information that reinforc[es] existing beliefs.” Or in other words, they are highly susceptible to misinformation campaigns, the likes of which pervaded the health care reform debate last summer.

Most every characteristic of an authoritarian worldview lends itself well to the impassioned rhetoric of the tea party movement and the shrewd players operating behind the scenes and atop the soap box. The movement’s overly simplified, often-confused solutions to complex problems align with authoritarians’ Manichean worldview. That Tom Tancredo’s anti-immigrant-laced speech at last weekend’s [Feb. 4-6] convention was well received comes as no surprise. And that this is the group who so often embraces proven falsehoods and spin-narratives to defend its anti-administration agenda should speak for itself with regards to accuracy motivation.

Despite the criticism it receives, the tea party continues to be praised as a political force. It is loud, passionate, and generally unconcerned with pesky things like facts or reasoned, practical solutions to the country’s problems. This bodes ill for 2010’s political environment, and it is a shameful representation of what constitutes an American political or social movement. While the tea party may alienate some who see it for the profit-machine that it is, others who share the fearful, intolerant authoritarian worldview that it is increasingly coalescing around will be lured in and pitted against the very people in power who could actually help them. That this movement has grown political legs is too bad, and by Hetherington and Weiler’s account, it means even more polarization is yet to come.

Stuart Whatley is an associate blog editor in the Washington, D.C., bureau of The Huffington Post. Click here to read this article on its original page.