What if the USA caught up with wiley Osama Bin Laden and captured him. Do you think the Tea Partiers would praise the capture? Yes, of course they would if this was 2007 and their tribal leader George Bush was President. But since it’s Obama, hell no! They would react and reject coming up with some weird seemingly logical way to position their opposition. How do we know? Because, they failed the “Test for Validity” exam.

What is the Test for Validity exam?

Well, Roger Dawson, a world reknown negotiator and author of the best selling book Secrets of Power Negotiating uses the test to weed out false objections so that he can figure out what the real issues are in the negotiation so that he can find a real solution that is lasting.

He says “Don’t let other people give you their problems. Dawson says “International negotiators will tell you that when the other side tries to give you what is essentially their problem, you must test for validity right away to determine what exactly is their real objection or issue and if, in fact, it is real. 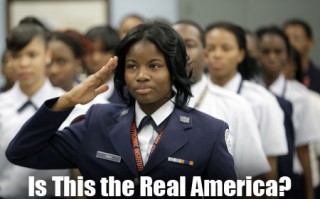 So what is the Tea Partiers real problem?

Well, recently and rightfully, the Obama Adminstration has been testing for validity and the results are in.

Recently, Obama invited the GOP to meet on healthcare in a public forum providing exactly what the Tea Party and GOP have been screaming about for months. Now that he reaches out, they are against it. First they are for it. Then Obama says lets do it and boom, suddenly, they are are against it making up lame exuses like Rep. John Boehner (Ohio-R) saying “I am not sure what size the room is going to be” and that’s why he can’t support it.  Come on dude, that’s friggin comedy! And herein, we find the results of the test.  Tested for validity the Congressman proves in deed that what they say is not really what they are for.

There are so many numerous examples of how this has played out during the year that its’ blantantly clear that they oppose Obama being president and not any policies or actions whatsoever.

Look, last night, Keith Olbermann of MNSBC TV made a Special Comment on his show explaning it better than I can. Watch.

This Tea Party is in pain folks. We should NOT be railing on them but extending our hands to them and probably a hug to boot. They are truly afraid because their tribe is being led by a guy, who they feel with the utmost inner soul that he is not of their tribe. It’s really that simple folks. This is NOT complex stuff but very real simple human behavior stuff. 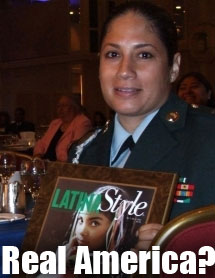 These people are simply reacting to a black guy running their tribe and they don’t like it and simply dont’ want it no matter what he supports. Obama can propose that all old white people in red states get a tax amenesty for life and give each one a brand new car and they would still be screaming.  That’s it!  There really is nothing more to discuss.

Look, I truly feel for them because first, as a group, they are completely self-unaware that they are in this quagmire. They don’t acknowledge this simple truth. I mean talk about peeps who are lost in a supermarket and sliding down the wrong side of history!  Ouch!

Worse, they actually believe that they are against something tangible like deficits or healthcare or whatever when in fact, it’s just the black guy they are against!  Take a look at their rallys. Do you see America in 2010 or America 1950 in the whites only neighborhood?

Look, from a pyscho standpoint, we all want to be led by a person that represents our tribe. I get that. That’s normal. The problem is that this is not America 1950 and we can’t return back to a time that no longer exists no matter how afraid we are of the future.

California is now over 50% hispanic and Mexican Americans are now in every state, everyhwere! Deport them all? Really! Come on!

As for Afro-Americans, they are no where to be found at these tea parties even though I am very sure that many disagree with Obama’s policies on a pure academic and real level; they just don’t disagree with him across the board on everything just because he’s half black.

In the end, fear is consuming this proud down home folk.

The white people were once the power brokers in America and now, its’ changing. Many “whites” have embraced the future. Many eat tacos and celebrate Cinco de Mayo. Many speak other languages and look forward in competiting in a new global village. 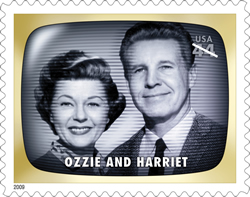 What I have found is that the young are ready and the old, well, they are stuck in the past and future is not helping them. Clinging on to a world they once new and were very comfortble with is what they are working for but time has passed them by. I know, I know, they will not go away quietly and you should not expect them to. But there is no need to fight them. They are not going anywhere but into the history books.

The global world is calling and the Tea Party is using a few cans and some string while the rest of us grab our Iphones and Blackberries. Its’ over folks. Because, in the end, the new world is here and it’s landed on America.  And for the majority of us, we’re ready to compete. For some, like in the tea party, well, there’s always Ozzie and Harriet re-runs!