“Do you know what it’s like living in Gaza?” a friend of mine asked. “It is like walking on broken glass tearing at your feet.” 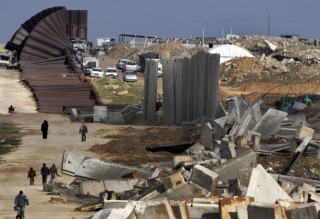 On January 21, fifty-four House Democrats signed a letter to President Obama asking him to dramatically ease, if not end, the siege of Gaza. They wrote:

The people of Gaza have suffered enormously since the blockade imposed by Israel and Egypt following Hamas’s coup, and particularly following Operation Cast Lead…. The unabated suffering of Gazan civilians highlights the urgency of reaching a resolution to the Israeli-Palestinian conflict, and we ask you to press for immediate relief for the citizens of Gaza as an urgent component of your broader Middle East peace efforts…. Despite ad hoc easing of the blockade, there has been no significant improvement in the quantity and scope of goods allowed into Gaza…. The crisis has devastated livelihoods, entrenched a poverty rate of over 70%, increased dependence on erratic international aid, allowed the deterioration of public infrastructure, and led to the marked decline of the accessibility of essential services.

This letter is remarkable not only because it directly challenges the policy of the Israel lobby–a challenge no doubt borne of the extreme crisis confronting Palestinians, in which the United States has played an extremely damaging role–but also because it links Israeli security to Palestinian well-being. The letter concludes, “The people of Gaza, along with all the peoples of the region, must see that the United States is dedicated to addressing the legitimate security needs of the State of Israel and to ensuring that the legitimate needs of the Palestinian population are met.”

I was last in Gaza in August, my first trip since Israel’s war on the territory one year ago. I was overwhelmed by what I saw in a place I have known intimately for nearly a quarter of a century: a land ripped apart and scarred, the lives of its people blighted. Gaza is decaying under the weight of continued devastation, unable to function normally. The resulting void is filled with vacancy and despair that subdues even those acts of resilience and optimism that still find some expression. What struck me most was the innocence of these people, over half of them children, and the indecency and criminality of their continued punishment.

Read more at The Nation