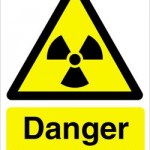 Bob Higgins wrote on this Dept of Veterans Affairs (DVA) outrage of the week/year/decade. But I’m reposting the piece because of the nature of the outrage.

As veterans’ advocates point out, under a newly contrived  DVA method, corrupt Federal judges and unethical government attorneys can save time and dismiss the malpractice actions for veterans getting massive doses of radiation under the arcane Federal Rules of Civil Procedure.  “This leaves more time to play computer games, ” says an advocate.

Veterans and advocates in the Pittsburgh area should buy a drink for longtime veterans’ advocate, Walter F. Roche, of the Pittsburgh Tribune-Review for breaking this story!

If approved by the NRC, the unprecedented request would eliminate the negative ‘medical event’ categorization for 80 of 97 previously reported cases in which prostate cancer patients were given improper doses of radiation at the VA’s Philadelphia facility. NRC officials say they do not recall ever getting a similar request.

Records released by the VA indicate that at least one of the 80 patients was from the Pittsburgh area.

According to the NRC Web site, a ‘medical event’ indicates potential problems in a medical facility’s use of radioactive materials. It does not necessarily result in harm to the patient.

In a 17-page submission made public Saturday, Gary E. Williams, head of the VA’s radiation programs, said existing standards for determining a ‘medical event’ are ‘both imprecise and too subjective for regulatory review’ by the NRC or regulated entities.

He wrote that if the Philadelphia cases were reviewed under the standards recommended by a recently convened ‘blue ribbon panel’ of experts, only 17 of the 97 incidents would be classified as ‘medical events.’ The proposed standards would focus on the accuracy of the placement of radioactive seeds rather than on the accuracy of achieving the planned dosage.

The NRC has taken the request under advisement.

Between 2002 and mid-2008, a total of 114 veterans at the Philadelphia facility underwent brachytherapy, which involved the implant of radioactive pellets or ‘seeds’ in the prostate to kill cancer cells.

Officials abruptly shut down the program after the discovery that in some cases, the wrong number of seeds were implanted, and in some, they were improperly placed, risking damage to adjacent organs and tissue. Of the 114 treated, 11 patients have been diagnosed with a recurrence of cancer. Eight others have shown possible symptoms.

Brachytherapy is not offered at the VA facilities in Pittsburgh. VA officials, citing privacy concerns, have refused to say how many of the Philadelphia brachytherapy patients were referrals from the Pittsburgh area.

VA officials indicated late last year that they no longer believed the vast majority of the cases should have been reported to the NRC. They cited the recommendations of the VA’s panel, which included outside experts and a VA physician.

The panel, according to testimony, concluded that existing standards for classifying treatment errors were too stringent and imprecise and should be changed.

Those new standards, however, were not in effect when the patients were treated and even now are just recommendations.

At a Dec. 17 hearing, NRC officials asked the VA to provide a detailed justification for retracting mention of the 80 ‘medical events.’

‘Next week are you going to come (back) with another criterion?’ asked Steven Reynolds, an NRC official.

At the December hearing, VA officials said only 19 cases were reportable medical events, but the formal submission to the NRC would move two more cases into the non-reportable category, reducing the reportable cases to 17.

After first issuing a strong denial, the VA has acknowledged that it violated a series of NRC regulations in the Philadelphia brachytherapy program. The NRC has yet to issue a final ruling or impose penalties for those violations.

NRC spokesman Viktoria Mitlyung said Sunday that there is no set timetable to review the VA retraction request, but the agency plans to act soon in determining what penalties to impose for the admitted violations. Penalties can include fines.