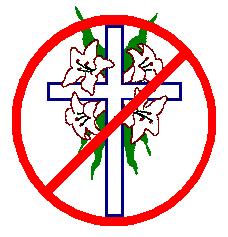 A Navy veteran whose son serving in the Navy reports she and her son were recently “very concerned when [the son] got very upset when [the veteran] posted on his Facebook references to Jesus Christ.” They both fear retaliation.

Said the veteran, “It appears that our military men and women are being warned if they speak of such [religious] issues they will be kicked out of the Navy! I was never given this warning when I went to the Persian Gulf in 1998 – and I understand this was before the Cole incident as well as 9/11. However, where is the freedom of speech?”

The son is stationed in [region withheld upon request], and the Navy veteran asked me in an e-mail to bring this issue to the fore here.

I recommend contacting the Military Religious Freedom Foundation whose clientele is composed of mostly Christians whose freedom of religious expression is too often violated in the contemporary American armed forces.

If a Navy airman, for example, cannot even have his mother post a reference to Jesus Christ on his Facebook page, we do have a problem.