From TechTicker, Hedge fund managers and anyone with an interest in such financial dark matter are concerned.

Hedge fund managers have good reason to worry about the charges in the press that they colluded to bring down the Euro. Regulators and lawmakers follow the press on these cases often without regard to their legal merits. Even if the hedge fund managers are ultimately exonerated, they will likely have their reputations damaged, lose investor confidence, incur huge legal costs, and possibly pick up ancillary legal liability. 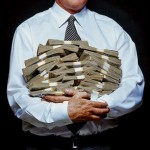 For an example of how the media led regulators and prosecutors down a legal dead end in pursuit of a phony scandal we need look no further back than the great backdating scare of 2005-2007.  Using the findings of an academic study into option grant timing that suggested too many grants were awarded on days when company stock was at a low point, reporters from the Wall Street Journal began naming names of executives that received these grants whose timing were too good to be true.

In the wake of the reports, dozens of companies conducted internal probes and top executives were forced out.  The Securities and Exchange Commission opened investigations into more than 140 firms. The FBI began preparing cases against individuals. Those internal probes investigations cost their subjects hundreds of thousands of dollars in legal fees, sometimes ruined their professional reputations, cost many their jobs, and created huge distractions that prevented them from focusing on their jobs.

The SEC has civil charges against 24 companies and 66 individuals for backdating-related offenses.  At least 16 people convicted of criminal conduct. Many of those convictions wound up being overturned on appeal. It’s unclear that any of the criminal convictions will ultimately withstand judicial scrutiny.

But the weakness of the case against backdaters did not save them from being dismissed from their jobs or incurring enormous legal fees.

Hedge fund managers who are confident they did nothing wrong should remember the backdaters. Remember them and tremble.

More coverage from The Business Insider