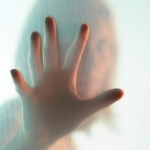 In the American entertainment world, prison rape is an amusing topic and there are some wonderful prison-rape jokes fun for the whole family.

Or Sandra Bullock in Miss Congeniality(Donald Petrie, 2000) laughing it up at the end that the villainess, Candice Bergen, is going find her self getting raped in prison. Ha, ha, ha.

Ohhh rape: Rape is so funny! And you can find great prison-rape lines easily perusing comedies; we do need to lighten up sometimes and find relief from war. Wait, oh great, that damn Dave Lindorff just broke a piece on Child Rape and Sodomy by Afghan Security Forces. Downer Dave.

Actually, as any decent person knows, rape is tragic. From David Kaiser, Lovisa Stannow in the New York Review of Books:

Prisoner rape is one of this country’s most widespread human rights problems, and arguably its most neglected. Frustratingly, heartbreakingly—but also hopefully—if only we had the political will, we could almost completely eliminate it.

In the second part of this essay we will discuss the National Prison Rape Elimination Commission’s report, which analyzes the dynamics and consequences of prisoner rape, shows how sexual abuse can be and in many cases already is being prevented in detention facilities across the country, and proposes standards for its prevention, detection, and response. Those standards are now with US Attorney General Eric Holder, who by law has until June 23, 2010, to review them before issuing them formally, following which they will become nationally binding. We will discuss the attorney general’s troubling review process, the opposition of some corrections officials to the commission’s standards, and why some important corrections leaders are so resistant to change.

In the meantime, the next time you hear a prison-rape joke, make a note: Not so funny.