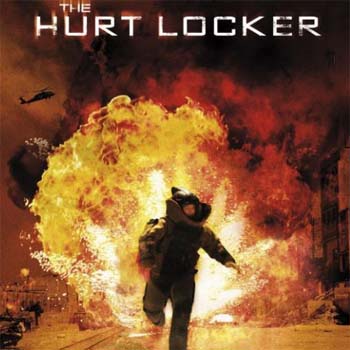 Many film critics and awards voters have praised ” The Hurt Locker’s” depiction of the U.S. military in Iraq, often singling out the bomb disposal drama for its authenticity. But as the film emerged and won the best picture at the 2010 Academy Awards, a number of active soldiers and veterans say the film is Hollywood hokum, portraying soldiers as renegades while failing to represent details about combat accurately.

The criticism, coming just before Oscar ballots were  due Tuesday, highlights the delicate relationship between “The Hurt Locker” and the nation’s armed forces. Defense Secretary Robert M. Gates said the film is “authentic” and “very compelling”,  He has recommended it to his staff. But the government says it pulled its “Hurt Locker” production assistance at the last minute in 2007, saying that the film’s makers were shooting scenes that weren’t in the screenplay submitted to the Defense Department, including a sequence that the government believed portrayed troops unflatteringly. The film’s producers dispute elements of the account.

Although “The Hurt Locker” has numerous supporters within the military — including Purple Heart winner Drew Sloan, who recently participated in a “Hurt Locker” panel discussion in Hollywood — the movie’s detractors share a consistent complaint about its representation of the Army’s Explosive Ordnance Disposal team as its members attempt to disarm improvised explosive devices.

The film, directed by Kathryn Bigelow, the first female to win the Oscar for Best Director, and written by journalist Mark Boal, stars Jeremy Renner as Staff Sgt. William James, an adrenaline-addicted bomb defuser who occasionally puts his unit at risk. Members of EOD teams in southern Iraq said in interviews arranged by the Army that “The Hurt Locker” is a good action movie if you know nothing about defusing roadside bombs or the military.

An EOD team leader in Maysan province, Staff Sgt. Jeremy D. Phillips, said, “My interest is bringing myself and my team members home alive, with all of our appendages in the right place.”

Although he was glad the film highlighted their trade, he disliked the celluloid treatment of EOD units. “There is too much John Wayne and cowboy stuff.”

Others are more supportive. Sloan, a former Army captain, said at the panel discussion that “The Hurt Locker” offered a perfect snapshot of modern conflict. “This is what’s going on for the men and women who are fighting this war,” he said.

Boal, who also produced “The Hurt Locker,” said the film was not intended to be a documentary or a training film. “We certainly made creative choices for dramatic effect,” he said. “But I hope the choices were made respectfully and conscientiously.”

At one point, “The Hurt Locker” might have been made with government cooperation. But just 12 hours before Lt. Col. J. Todd Breasseale was to fly to Jordan to serve as the Army’s technical adviser to “The Hurt Locker,” he said in an interview, he heard there might be problems. A Jordanian official told him that scenes were being shot that were not in the script that the Army had approved. Breasseale accused the producer of shooting a scene in which soldiers act violently toward detainees. (The military does not provide help to films depicting violations of the laws of war, unless consequences are shown.)

Boal said the production initially worked with the military but parted ways when it became clear the military would not approve of “The Hurt Locker’s” script.

“The Department of Defense did not support the movie. And my understanding is that they did not support ‘Platoon’ or ‘The Deer Hunter,'” Boal said of two of the most revered movies about the Vietnam War. “I am OK with that outcome because I didn’t want to change the script to suit them.”

So as the celebration goes on in Hollywood, the debate goes on as to whether his movie will go down in history as one the all time greats!