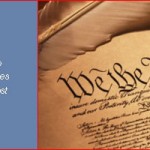 – Via Veterans for Common Sense

Veterans for Common Sense urges Congress to pass a law and to fund a complete overhaul that would fix VA’s broken claims processing system. A key Congressional leader and a top VA official agreed VA was broken and need of an urgent overhaul. Yet some VA leaders remain resistant to improving VA, thereby slowing down urgently needed reforms.

March 20, 2010 – Late last week, I returned from Washington to my home in Austin after attending Thursday’s “Claims Summit 2010: A Call for Solutions,” organized by Chairman Bob Filner. After 18 years working on veteran-related issues, this was a very exciting advocacy effort. VCS hopes that Congress and new VA leaders will work closely together and fix VA’s failed claims processing system. VCS offered our insights based on nearly two decades of fighting to reform VA.

To begin, VCS was pleased to meet several new VA leaders who brought urgently needed fresh air into an old issue. Also attending were more than 40 veteran group leaders, industry executives, plus VA employee union leaders. Six Democratic Members attended, yet no Republican Representatives ever appeared. Ranking Member Steve Buyer was most likely out because his wife is ill and he is not seeking re-election.

In an absolutely vital opening statement, Chairman Filner called VA a “fatally-flawed system.” In a strong broadside aimed at VA’s old employees resistant to change, Filner said he would “continue to advocate for a radical change” at VA. We agree one hundred percent with the Chairman. He gets it, and he is fighting for us.

During the Summit, VCS observed the honest and blunt comments made by Peter Levin, VA’s Chief Technology Officer. Levin implied that VA’s claims system must be rebuilt entirely. We agree with his candid and accurate assessment that both the Veterans Benefits Administration (VBA) as well as the Board of Veterans Appeals (“The Board” or BVA) “cannot be fixed.” Mr. Levin’s lucid comments were indicative of the transparency VCS seeks from new VA leaders about VBA and The Board. Clearly, Mr. Levin gets it, too.

However, VA’s old leaders can be compared to drug addicts and alcoholics. The first mandatory step before VA’s claims system can be overhauled is the urgent need for an intervention for VA leaders, including any prospective new Under Secretary for Benefits. This means VBA and VBA must level with Congress, veterans, and the public by fully admitting the scope and depth of VA’s very serious claims crisis harming hundreds of thousands of veterans each year. The damage is very real: there are too many suicides, too many foreclosures, and not enough access to medical care because of an intransigent VA bureaucracy at VBA and The Board.

VCS also shared our belief with Chairman Filner that we hope Congress will introduce and pass legislation that will allow for the creation of an entirely new claims process, including adequate funding to make our dream a reality. We – and that means veterans, veterans’ groups, Congress, VA, and the courts – need to work together and stop the endless delays in claim decisions as well as the 20 percent VA error rate against our veterans.

While Mr. Levin may have been brutally honest in his assertion that VA’s claim system “cannot be fixed,” there were other VA officials in attendance who still supported the existing system and were resistant to any change. VA appeared to have sent two distinct and opposing teams to the Congressional Summit.

On the first team there was Mr. Levin and Mr. Stanley Lowe in favor of rebuilding VA. On the opposing VA team were Mr. Mike Walcoff, Mr. Brad Mayes, and other VBA staff firmly intent on trying to filibuster change, outlast Congressional oversight, outlive the new Administration, and thereby continue their disastrous leadership of an utterly failed bureaucracy.

Unfortunately, The Board sent no representatives to the Summit. Sadly, 200,000 appealed claims are languishing at The Board an average of four to five years, claims often sent endlessly back and forth between VBA and The Board in what we call “The Hamster Wheel.”

As I mentioned in my oral comments on Thursday, fixing VBA and BVA are absolutely essential because they represent the “broken front door” at VA. Veterans need VBA service connection (an approved disability claim) in order to receive free VHA medical care (except for emergency patients, pensioners, and OEF/OIF veterans who receive five years of free care after discharge from active duty).

Please read our VCS written comments submitted to the Committee. VCS kept it short and simple, with five points listed on a single page. VCS hopes rank-and-file at VBA and The Board are heartened by the fact the new Administration and Congress appreciate their hard work in the trenches for our veterans.

March 18, 2010, Washington, DC – Veterans for Common Sense (VCS) offers the following five recommendations to fix the enormous backlog of one million veterans’ disability compensation and pension claims now under review at the Veterans Benefits Administration (VBA) and Board of Veterans Appeals (BVA), two sub-agencies within the Department of Veterans Affairs (VA). VCS applauds the efforts of Chairman Bob Filner and the House Veterans’ Affairs Committee for addressing this important issue. VCS thanks and offers to work with VA Secretary Eric Shinseki as he fixes both VBA and BVA this year.

2. New Leaders. VCS urges VA Secretary Shinseki to hire a new team of VBA and BVA leaders and then move them from 1800 G Street to 810 Vermont Avenue so they work closely with other top VA leaders to create a new veteran-focused claim system.

3. Maintain Current System while Designing New System. VCS urges VBA and BVA leaders to take a two-track approach to reform. First, VA must maintain the current system so it doesn’t collapse under the influx of additional claims due to new regulations for Agent Orange-related conditions, post-traumatic stress disorder, and Gulf War illness. Second, VA leaders must simultaneously design an entirely new claim processing system using new technology such as the lifetime service record currently under development. Any new system should be automated using a one-page claim form and have a detailed timeline to eliminate the backlog. VCS urges VBA to place more VBA claims adjudication staff at VA medical facilities in order to provide friendly face-to-face assistance as well as to streamline appointments for claim examinations.

“Today’s roundtable discussion offered a unique opportunity to meet with stakeholders, industry leaders, and veteran service organizations to address new and unique ways of reducing the claims backlog at the Veterans Benefits Administration (VBA). With more than one million claims and appeals jammed in a fatally-flawed system, the need for reform of the veterans’ benefits claims processing system is well known. But more than ballooning numbers and disheartening statistics, the claims backlog represents veterans who have sustained wounds as a result of serving our country and are waiting – and waiting – for the help they have been promised. Frankly, it’s an insult to our veterans and their service.

“Today, leaders from the VBA disclosed that the current claims system is unsustainable and cannot be fixed. Although we are in agreement that far-reaching change is needed, a specific plan has yet to emerge. Representatives from VBA suggested that improvements to the current system would continue while a complete overhaul is designed and implemented. I urge the VA to leverage effective pilot programs that successfully streamline the process during this time.

“After witnessing rosy projections that did not materialize during the implementation of the Post-9/11 G.I. Bill, I remain apprehensive about VBA’s ability to implement a comprehensive overhaul. I continue to advocate for a radical change in how we process claims. It is time to return this safety net to the veterans that need it, instead of tolerating a system that allows veterans to lose their homes, lose their cars, or even die waiting for their earned and deserved compensation.

“I would like to thank the veteran participants and industry experts for their innovative ideas and proven strategies, and ask them and others to provide further detail of their ideas to the attention of the Committee. I remain hopeful that we can work together to construct bold legislation to radically change the way the VA provides benefits to veterans.”