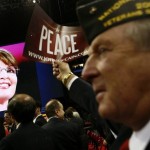 WHY ARE SOME “PATRIOTIC GROUPS” SOFT ON AMERICAN VALUES?

Are some of America’s veterans organizations Neo-con fronts allied with Israel to embarrass America?  Is it possible for such groups to give unlimited and unwavering support to Israel when General Petraeus (depending on which day you ask)  is telling us that Israel is now endangering our troops in the field?  What has happened now that organizations in America can no longer be staunchly “pro-Israel” and loyal to the United States?

This week, the VFW went into a childish tirade over the new healthcare act.  Their claim was that the current Congress had “betrayed veterans.”  The truth is that the current Congress has done more for veterans than any other since the end of WW2.  What would motivate such an insane lie against a bill that provides full protections to veterans/retirees and a Congress that has massively increased, not only the funding for veterans but the scope of veterans programs in an unprecedented manner?

This real betrayal by the VFW goes far deeper than simply partisan politics hidden behind an ineffective and outdated veterans organization.  It is an attempt to “smackdown” our current government in their feud with Israel, a feud America is in to protect its men and women in uniform from terrorists Israel’s every action is throwing at us.

The biggest break between the two largest veterans groups and the current administration and Pentagon leadership involves Israel.  Both the VFW and American Legion are staunch supporters of Israel, a country that has rapidly gone from “valued ally” to, well what?  We give them billions each year, some publicly, some secretly in massive military contracts taken from American companies, some in transferred military technology, transferred and “stolen” that they make billions selling to ready buyers, sometimes with nasty consequences for the United States.  Dave Martin puts it best:

Why do we lavishly subsidize Israel and blindly support them in everything that they do?

Because they are our only real allies in the Middle East. Everyone else there hates us.

Why does everyone else there hate us?

Because we lavishly subsidize Israel and blindly support them in everything that they do.

Why is Israel our ally?

Because we lavishly subsidize them and blindly support them in everything that they do.

Now Israel is no longer an ally but we still lavishly subsidize them and blindly support everything they do.  Problem is, the things they are doing can no longer be hidden by a MSM(mainstream media)  and their massive lobby in the US, including their backing by the MSVOs, (mainstream veterans organizations).

The Legion and VFW are, and always have been, little but thinly disguised political parties.  In the 30s, they stood divided on Roosevelt, with the Legion advocating an end to our constitutional republic out of the belief that America would sink into communism and the VFW staunchly behind Roosevelt.  After WW2, with the McCarthy era abuses, both groups jumped to the far right and have stayed there ever since.  Policy, sometimes official, more often defacto, has been to support the Republican party, even members who consistently vote against veterans or as with the last Bush administration, an entire presidency that gutted veterans services and overlooked scandals like “Shreddergate,” the massive destruction of veteran’s documents.

Retired DVA officials have told us that it had been open policy to destroy mail.  Ralph W. Eckard, former head of the Prosthetics Division described how VA Police carried mail bags to an office for shredding on a daily basis.  Marine Silver Star winner and double amputee, Eckard, a close friend from our days together serving in Vietnam.  VA Watchdog informs us how widespread this activity was and is.  Everyone knew of this and the horrible damage it did to America’s veterans as.

A 42-page document containing interviews by VAOIG’s Criminal Investigations Division (CID) with VARO employees … available for viewing or download here.  This document makes the best reading.  We have some employees spilling the beans, others confused and some playing Sgt. Schultz:  “I know nothing.”  You will find numerous statements by many New York VARO employees that “recycle bins” were used to discard unopened mail, which was shredded and numerous incidents where huge piles of unopened mail just “disappeared” overnight or over weekends.  And, you’ll find the testimony of a VBA employee who says they were told to shred mail, but do it a little at a time so as not to garner attention … and, that the worst thing that could happen is that some veterans might have to re-file documents.

When American Legion commander Rhebein went to the White House to confront President Obama over the 3rd party payment issue, something that has fueled false email barrages including insane misquotes of our President every since, the obvious cause of most veterans suffering, claims processing resulting from massive nationwide document destruction never made it to the table and never will.  Is it because document destruction was a Bush policy?

NEOCONSERVATIVE’S AND THE “RACE CARD”

At least the American Legion had the decency and common sense not to scare their members to death with the type of lies the VFW has been spewing.  However, this week, we did hear from the Legion about being an “Obama lover” and “anti-Zionist.”  I had never expected to be attacked by a service organization for supporting the Commander in Chief during wartime or for siding with America in its current fight with Israel.

If Bush were an African American, would his supporters have been called “Bush lovers?”

ARE VETERANS GROUPS USED TO ORCHESTRATE OPINION AGAINST AN INDEPENDENT AMERICAN POLICY?

How strong are the ties between Israel and some veterans groups?  This week, the VFW nearly destroyed itself, ruined its relationship with Congress, betraying its own members to attack the administration based on wild conspiracy theory timed to coincide with the visit of Israel’s President Benjamin Netanyahu.  Netanyahu has insulted the United States so many times in recent weeks that it is almost being reported on Fox News.

General Petraeus in his now famous PowerPoint for Joint Chiefs of Staff Chairman Mike Mullen pointed out how Israel is undermining our military efforts, aiding terrorism and getting Americans killed.  It is pointed out that our willingness to be humiliated and openly defied by Israel has cost us any potential for trust and cooperation in the Islamic world, a world where Israel, however, is glad to do business behind the strong arm of America’s military presence.

The USS Liberty “holocaust” in which a clearly identified American ship was attacked, napalmed, torpedoed, strafed for hours, shelled and even had crew members in lifeboats murdered, crew members in US Navy uniforms, has been a telling event for these veterans groups.  Considerable effort has been made to honor the victims of this Israeli outrage from 1967.  Both the VFW and American Legion have, in their publications, printed articles pointing out that Israel murdered Americans.  However, other than “honoring” and “resolutions” no effort to exert any real support for, not only an honest finding but holding Israel accountable has been made.

Imagine supporting a country that would display a stolen life raft in a museum, a life raft whose occupants had been machine gunned?  If this doesn’t express a 43 year old streak of venomous hatred toward America, I can’t imagine anything more graphic.

CONSPIRACIES, THEORY, REAL AND THE NATURE OF BETRAYAL

Americans, more than any mainstream new source would dare to count, hold Israel accountable for 9/11.  I believe that the Mossad doesn’t have the technical expertise for such an operation.  Revelations have demonstrated the massive technical undertaking needed and how threadbare our cover-up was, that and the idiotic attempt to blame Osama bin Laden.  Anyone who buys in on this must have been in a cave somewhere themselves.

However, 2 episodes do bring up some unanswered questions.  First is the Crotch Bomber in Detroit, a case the investigative media placed at the door of Israel, charges that have not been answered and a terror incident that is being pushed under a rug.  The most glaring of all, of course, is the manipulation of the intelligence that led the US to the disastrous attack on Iraq, an attack that only served Iran and Israel.  This one is Israel all the way and the US got played.

Following the VFWs “crash and burn,” this week has seen a rash of petty crimes at the hands of militia and “Klan” types, targeting legislators who supported the President on healthcare.  During the debate itself, a group call “Tea Baggers” let out their own version of “Obama lover” against African American political leaders in the form of the forbidden “N” word.

Are the powerful Zionist organizations that control most of Americas press orchestrating America toward civil unrest, violence and even dissolution?  Are news organizations like Fox with hidden ties directly to Israel and policies of total unaccountability, policies steeped in the sound of patriotism but now openly pro-Israeli and American only in the most superficial manner, to blame?  Are they organs of  sedition or openly disloyal to an elected government they rightly believe should be otherthrown, even with violence?

Sedition is a term of law which refers to overt conduct, such as speech and organization, that is deemed by the legal authority as tending toward insurrection against the established order. Sedition often includes subversion of a constitution and incitement of discontent (or resistance) to lawful authority. Sedition may include any commotion, though not aimed at direct and open violence against the laws. Seditious words in writing are seditious libel. A seditionist is one who engages in or promotes the interests of sedition.

Funny thing, whether you are at an AIPAC, NRA, GOP, VFW, American Legion or even AMA convention, sedition is in the air.  Equating Neo-Conservatism, Christian Zionism and clear policies that have racial and undemocratic overtones with patriotism has been a tradition, especially during elections.  Whatever the membership of any group wants, be it free ownership of firearms or a more effective defense of America, leadership is always steeped in Washington “cash culture,” a culture dominated by Zionist extremists in Israel, their massive lobby and the press in the US that exists only to manipulate and exploit.

The film below demonstrates the way a major news organization like Fox/Beck/Limbaugh stifles the truth for a corporate client.  Imagine what they would do for owner Rupert Murdoch’s Zionist cause of “world domination.”