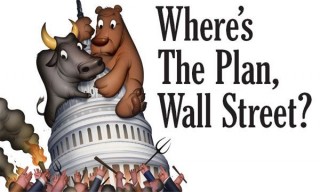 From Amy Goodman at Democracy Now:

With the main healthcare reform bill signed into law, Democrats say congressional efforts to reform Wall Street and the nation’s financial regulatory system will soon top the Obama administration’s agenda. A measure put forward by Sen. Christopher Dodd is being described as the biggest overhaul of financial rules since the 1930s, but critics have faulted the proposal for giving additional power to the Federal Reserve while gutting the proposed Consumer Financial Protection Agency and housing it inside the Fed.