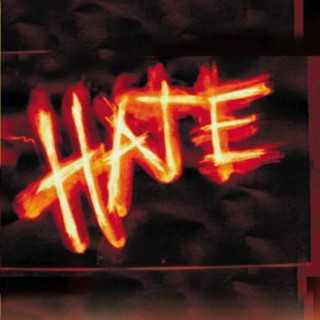 Nuking Iran would be an unmitigated disaster. But anyone with a passing familiarity with Israel’s government of Islamophobes knows well its hatred of Muslims.

Israel is a country consumed by its own malice, and blinded by its commitment to militarism.

Israel like no other nation is driven by a narcissistic sense of entitlement that sees its very existence as evidence of God’s favoritism, and Israel will not let a little thing like nuclear Holocaust get in the way of its divine destiny.

Israel sees itself as a force under siege and you are either with Israel or against this manichean, fundamentalist state.

Count me as against.

Nuking the Mullahs
by Philip Giraldi

Back in August 2005, I broke the story that Dick Cheney and the Pentagon were working on a contingency plan to use tactical nuclear weapons in an attack on Iran’s nuclear facilities.  The nukes would be used because they were the only effective way to destroy the hardened sites, many of which are located deep underground.  I also reported that the contingency plan would kick in if there were another major terrorist attack against the United States, whether or not Iran was actually involved.  It would use the terrorist action as a justification for taking preemptive action and employing nukes would serve as a warning to Iran that any retaliation would result in possible additional nuclear strikes.  If implemented, it would have constituted the first use of nuclear weapons since the end of the Second World War.

It would be convenient to assume that the Dick Cheney school of international relations no longer exists.  In truth, the summer of 2005 seems almost like ancient history, part and parcel of a very different world, where Cheney, Wolfowitz, Feith, and Rumsfeld were still running amok scarcely reined in by the more moderate but equally ghastly Condi Rice.  Iraq was just starting to implode and Afghanistan was on a back burner but the hubris that drove the Bush Administration to look for enemies to destroy seems dated at the present due to economic and political deterioration in the United States.  Even many of those who saw America as the essential nation five years ago now recognize decline when they see it and are arguing for retrenchment.

But some things don’t change and the theory that just a few really big bombs can change the Middle East for the better has again surfaced.  Two weeks ago the non-partisan Center for Strategic and International Studies (CSIS) issued a study suggesting that low yield tactical nuclear weapons are just the ticket for destroying Iran’s nuclear plants.  The report states that “some believe that nuclear weapons are the only weapons that can destroy targets deep underground or in tunnels.”  “Options in Dealing with Iran’s Nuclear Program” was written by Abdullah Toukan and Anthony Cordesman, both highly respected analysts and commentators.  The authors and CSIS do not exactly endorse the use of nuclear weapons and they note that there would be major political consequences, but they accept that there is a high likelihood that Israel is planning an attack of some kind and also observe that Tel Aviv’s only other options would not be very effective.  Israel has no heavy bombers and only a limited supply of bunker buster bombs.  F-16 fighter bombers launched from Israel would have little time on target and only limited conventional payloads that could not do much damage to the dispersed and deeply dug-in Iranian facilities.  Iranian air defenses, which have been enhanced over the past few years, might also prove to be a formidable obstacle.  At best, the Israelis would only be able to delay an Iranian nuclear program for six months to a year and the attack itself would guarantee Tehran’s commitment to develop its own nuclear deterrent as quickly as possible.

An Israeli nuclear strike could, on the other hand, be launched using ballistic missiles that Tel Aviv already has or from cruise missiles on submarines, which are also already in the country’s arsenal, meaning that Israeli warplanes would not have to cross hostile territory and face antiaircraft fire.  The targeting would also be more accurate using missiles that could be carefully aimed rather than unstable and possibly under attack aircraft and the results, compared to a conventional attack, would be devastating.

Two issues likely will determine whether Israel will use nuclear weapons against Iran.  The first relates to the ultimate objective of the Israeli attack.  An attack with conventional weapons will hardly cripple the presumed Iranian nuclear program and would be designed rather to send a message and to bring the United States into the conflict to finish the job.  But if the Israelis were to make the judgment that the United States will somehow refuse to cooperate or be drawn in, they might just be tempted to use the tactical nuclear weapons reported to be in their arsenal to destroy the Iranian nuclear infrastructure.

The second issue is Israeli isolation and irrationality, something that is harder to assess but which is becoming more evident.  Israel continues to be protected by the United States in the UN through its veto power and also in other international fora, but there should be no doubt that President Obama has a visceral dislike for Israeli Prime Minister Bibi Netanyahu and everything he represents.  And the feeling is mutual, but given the vulnerability of Israel if the US were to withdraw its support, the actions of Netanyahu to goad and defy Obama have to be seen as those of a man whose ability to behave rationally might well be questioned.

The truth is that Israel is fast becoming a pariah nation, like South Africa before the final collapse of apartheid, because no one any longer accepts the legitimacy of its settlement growth and occupation policies.  Like South Africa, the Israeli response to criticism has been to become more reactionary and inward looking, constructing a police state internally and waging unending war against its neighbors to maintain cohesion against foreign enemies.  The program to divest from Israel is gathering steam both in Europe and the US and even traditional allies of Tel Aviv like Britain have begun to react to Israeli rogue behavior.  The recent expulsion of Israel’s Mossad chief from London over the issue of copying fifteen British passports for use in assassination operations was significant.  Visitors to Israel have now been warned that surrendering passports at immigration could lead to their being cloned to support illegal activities, a warning that is literally without precedent.  Several European countries that claim universal jurisdiction in war crime cases, including Spain, appear to be prepared to arrest traveling Israeli officials for civilian deaths in Gaza.

Israel demonstrated both its increasing isolation and its irrational side in response to the British expulsion of its intelligence chief.  Two Israeli parliamentarians compared the British to dogs, one adding that the “British may be dogs, but they are not loyal to us, but rather to an anti-Semitic system.”  What system he had in mind was not exactly clear and it is also interesting to note that an Israeli legislator would expect loyalty from the British government.  There was some speculation in the media that at least some of the anger might be directed against British Foreign Secretary David Miliband, who is Jewish and has family in Israel.  Miliband has generally been regarded as a good friend of Israel, having blocked legal moves to arrest visiting Israeli politicians and generals as war criminals, but even he had to take steps when the integrity of British passports was being undermined.

To be sure, there is a certain danger in isolating the Israelis too much as it could easily feed the always present Masada complex that might influence a dangerously unstable government to take action that might include exploiting its nuclear arsenal in search of Armageddon.  And make no mistake that Prime Minister Bibi Netanyahu and his Foreign Minister Avigdor Lieberman are not to be trusted by anyone.  Netanyahu’s deceptions and evasions were too much even for markedly pro-Israeli US President Bill Clinton, who became angry with him after being repeatedly lectured on policy, asking whether Netanyahu thought that he represented the superpower.  King Hussein of Jordan similarly finally gave up on achieving anything with a stonewalling and lying Netanyahu in the 1990s. The fact is, Bibi Netanyahu has never been interested in peace and his policies of creeping annexation of the West Bank and ethnic cleansing are instead designed to create a unitary Israeli state without Palestinians.

Foreign Minister Avigdor Lieberman is even worse than Netanyahu and is a symbol of the kleptocratic impulses that characterize the extreme right in Israel.  He is a racist who has openly advocated executing Arab members of the Knesset and drowning Palestinian prisoners in the Dead Sea.  At one time he called for bombing the Aswan dam to punish Egypt for supporting the Palestinians and he was behind a bill in the Knesset that would have required all Israeli citizens of Arab descent to swear loyalty to Israel as a Jewish state or face expulsion.  That he is the Foreign Minister of a country that pretends to have western-style democratic political values is itself telling.

It all adds up to a toxic brew.  If the US refuses to cooperate in bombing Iran conventionally, Israel might well accept the view that the Iranian nuclear program can only be destroyed by using other nuclear weapons.  Tel Aviv, controlling its own nuclear arsenal and the means to deliver the bombs on target, would be able to stage such an attack unilaterally.  An increasingly isolated Israel headed by reactionary and irrational politicians who are influenced by their own sense of racial superiority just might decide that the gamble is worth it.  It would be a very bad decision for Israel, Iran, and for the United States.