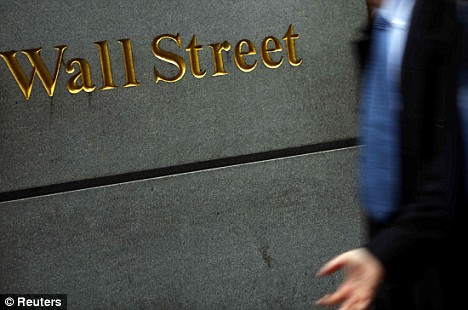 From Organizing for America:

It has now been well over a year since the near collapse of our entire financial system that cost the nation more than 8 million jobs. To this day, hard-working families struggle to make ends meet.

We’ve made strides — businesses are starting to hire, Americans are finding jobs, and neighbors who had given up looking are returning to the job market with new hope. But the flaws in our financial system that led to this crisis remain unresolved.

Wall Street titans still recklessly speculate with borrowed money. Big banks and credit card companies stack the deck to earn millions while far too many middle-class families, who have done everything right, can barely pay their bills or save for a better future.

We cannot delay action any longer. It is time to hold the big banks accountable to the people they serve, establish the strongest consumer protections in our nation’s history — and ensure that taxpayers will never again be forced to bail out big banks because they are “too big to fail.”

That is what Wall Street reform will achieve, why I am so committed to making it happen, and why I’m asking for your help today.

Please stand with me to show your support for Wall Street reform.

We know that without enforceable, commonsense rules to check abuse and protect families, markets are not truly free. Wall Street reform will foster a strong and vibrant financial sector so that businesses can get loans; families can afford mortgages; entrepreneurs can find the capital to start a new company, sell a new product, or offer a new service.

Reform will provide crucial new oversight, give shareholders a say on salaries and bonuses, and create new tools to break up failing financial firms so that taxpayers aren’t forced into another unfair bailout. And reform will keep our economy secure by ensuring that no single firm can bring down the whole financial system.

With so much at stake, it is not surprising that allies of the big banks and Wall Street lenders have already launched a multi-million-dollar ad campaign to fight these changes. Arm-twisting lobbyists are already storming Capitol Hill, seeking to undermine the strong bipartisan foundation of reform with loopholes and exemptions for the most egregious abusers of consumers.

I won’t accept anything short of the full protection that our citizens deserve and our economy needs. It’s a fight worth having, and it is a fight we can win — if we stand up and speak out together.

So I’m asking you to join me, starting today, by adding your name as a strong supporter of Wall Street reform: