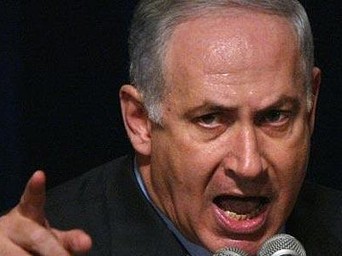 Journalist Uri Blau remains in hiding, hunted by the state of Israel. The liberal Haaretz newspaper staff has roused a siege-like mentality.

And the Israeli public would have the blood of any Israeli citizen and human rights activist who blew the whistle on Israel’s crimes against humanity in its well-planned 2008 Gaza massacre. Or not, let the secret police head decide, and let whatever happens, happen.

Writes an incensed Haaretz columnist Gideon Levy in “If it were up to the [Israeli] people, Anat Kamm would be executed”:

“The head of the Shin Bet [Israel’s secret police] threatens a journalist, and it’s business as usual, nobody says a word.  Nobody got into a tizzy after these brutal words were uttered, nobody even asked what exactly Diskin [director of Shin Bet, Yuval Diskin] was getting at. Nobody even bothered to ask if it was in fact the Shin Bet that broke into Blau’s apartment and ransacked it.”

Kamm is now under house arrest and stands accused of “espionage with intent to harm the state, a charge that carries [up to] 25 years in jail.” (Cook)

What was the December 2008 Gaza massacre?

Think of the World War II NAZI atrocity, the 1942  massacre of the village of Lidice (then Lidice, Czechoslovakia) in retaliation for killing a NAZI whom the NAZIs viewed as protected by their Christian God. Now multiply Lidice by ten and you get Gaza, December 2008, that followed years of “protracted collective punishment.”

Well, we can write about Israel in these pages. Object, and declare that its crimes are not committed in our names.

Most of the American public would agree. Most of American Jewry agrees.

The U.S. Congress, on the other hand, is on record supporting Israel and trashing the U.N. Goldstone Report; though on January 21, 2010 a letter signed by 54 members of Congress was sent to President Obama calling for a halt to the Israeli blockade of Gaza, describing the siege as an “ongoing crisis” that would lead to “disastrous” political and humanitarian consequences.

That’s the most we have accomplished so far as the “ongoing crisis” works its magic against those not-chosen people in the Middle-East.

An Arab member of the Israeli parliament is demanding that a newspaper be allowed to publish an investigative report that was suppressed days before Israel attacked Gaza in winter 2008.

The investigation by Uri Blau, who has been in hiding since December to avoid arrest, concerned Israeli preparations for the impending assault on Gaza, known as Operation Cast Lead.

In a highly unusual move, according to reports in the Israeli media, the army ordered the Haaretz newspaper to destroy all copies of an edition that included Blau’s investigation after it had already gone to press and been passed by the military censor. The article was never republished.

Blau has gone underground in London after the Shin Bet, Israel’s secret police, demanded he return to Israel to hand back hundreds of classified documents they claim are in his possession and to reveal his sources. He published several additional reports for Haaretz in 2008 and 2009 that severely embarrassed senior military commanders by showing they had issued orders that intentionally violated court rulings, including to execute Palestinians who could be safely apprehended.

Haneen Zoubi, an MP who previously headed an Israeli media-monitoring organization, said it was “outrageous” that the suppressed report was still secret so long after the Gaza attack. She is to table a parliamentary question to Ehud Barak, the defense minister, today demanding to know why the army suppressed the article and what is preventing its publication now. Barak must respond within 21 days.

She said publication of the article was important both because Israel had been widely criticized for killing many hundreds of civilians in its three-week assault on Gaza, and because subsequent reports suggested that Israeli commanders sought legal advice months before the operation to manipulate the accepted definitions of international law to make it easier to target civilians.

“There must be at least a strong suspicion that Mr Blau’s article contains vital information, based on military documentation, warning of Israeli army intentions to commit war crimes,” she said in an interview. “If so, then there is a public duty on Haaretz to publish the article. If not, then there is no reason for the minister to prevent publication after all this time.”

Zoubi’s call yesterday followed mounting public criticism of Haaretz for supporting  Blau by advising him to stay in hiding and continuing to pay his salary. In chat forums and talkback columns, the reporter has been widely denounced as a traitor. Several MPs have called for Haaretz to be closed down or boycotted.

A Haaretz spokeswoman refused to comment, but a journalist there said a “fortress mentality” had developed at the newspaper. “We’ve all been told not to talk to anyone about the case,” he said. “There’s absolute paranoia that the paper is going to be made to suffer because of the Blau case.”

Amal Jamal, a professor at Tel Aviv University who teaches a media course, said he was concerned with the timing of the Shin Bet’s campaign against  Blau. He observed that they began interviewing the reporter about his sources and documents last summer as publication neared of the Goldstone report, commissioned by the United Nations and which embarrassed Israel by alleging it had perpetrated war crimes in Gaza.

“The goal, in this case, appears to be not only to intimidate journalists but also to delegitimize certain kinds of investigations concerning security issues, given the new climate of sensitivity in Israel following the Goldstone report.” He added that Blau, who had quickly acquired a reputation as Israel’s best investigative reporter, was “probably finished” as a journalist in Israel.

Shraga Elam, an award-winning Israeli reporter, said Blau’s suppressed article might also have revealed the aims of a widely mentioned but unspecified “third phase” of the Gaza attack, following the initial airstrikes and a limited ground invasion, that was not implemented. He suspected the plans involved pushing some of Gaza’s population into Egypt under cover of a more extensive ground invasion. The plan had been foiled, he believed, because Hamas offered little resistance and Egypt refused to open the border.

On Monday, an MP with the centrist Kadima Party, Yulia Shamal-Berkovich, called for Haaretz to be closed down, backing a similar demand from fellow MP Michael Ben-Ari, of the right-wing National Union. She accused Haaretz management of having “chosen to hide” over the case and blamed it for advising Mr. Blau to remain abroad. She said the newspaper “must make sure the materials that are in his possession are returned. If Haaretz fails to do so, its newspaper license should be revoked without delay.”

Another Kadima MP, Yisrael Hasson, a former deputy head of the Shin Bet, this week urged Haaretz readers to boycott the newspaper until Blau is fired. A petition calling on the Shin Bet to end its threat to charge  Blau with espionage has attracted the signatures of several prominent journalists in Israel.

“We believe the Blau case is unique and are concerned this unique case will create a dangerous precedent,” their letter states. “Until now, prosecution authorities have not sought to try reporters for the offense of holding classified information, an offense most of us are guilty of in one way or another.”

A group of Israeli human rights organizations is due to submit a letter this week to the government demanding that the investigation concentrates on lawbreaking by the army rather than the “character assassination” of Blau and his sources.

Yesterday, the supreme court tightened restrictions on Anat Kamm, one of  Blau’s main informants, who has been under house arrest since December for copying up to 2,000 military documents while she was a soldier. She is accused of espionage with intent to harm the state, a charge that carries a tariff of 25 years in jail.

Judge Ayala Procacciasaid: “The acts attributed to the respondent point to a deep internal distorted perception of a soldier’s duties to the military system he or she is required to serve, and a serious perversion from the basic responsibility that a citizen owes the state to which he or she belongs.” Kamm, the court decided, must not leave her apartment and must be watched by a close relative at all times.

Media coverage of the case in Israel has been largely hostile to both Kamm and Blau. Gideon Levy observed in Haaretz today: “The real betrayal has been that of the journalists, who have betrayed their profession — journalists who take sides with the security apparatus against colleagues who are doing their job bringing light to the dark.”

Calling Israel “a Shin Bet state”, Levy added: “If it depended on public opinion, Kamm and Blau would be executed and Haaretz would be shut down on the spot.”

Jonathan Cook is a writer and journalist based in Nazareth, Israel. His latest books are “Israel and the Clash of Civilisations: Iraq, Iran and the Plan to Remake the Middle East” (Pluto Press) and “Disappearing Palestine: Israel’s Experiments in Human Despair” (Zed Books). His website is www.jkcook.net.

A version of this article originally appeared in The National (www.thenational.ae), published in Abu Dhabi.