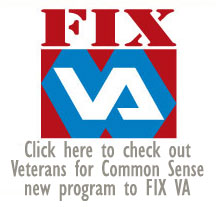 April 29, 2010 (Washington Times) – President Obama is struggling to fulfill campaign promises to pass energy and immigration measures, but he’s poised to notch another victory for a stump-speech vow: to make sure veterans’ funding isn’t held hostage to the government’s bad finances.

While watchdogs caution there’s still a long list of problems for veterans, all sides agree the President Obama has made big strides on promises he made in 2008 when competing for military votes against Republican nominee and Vietnam veteran Sen. John McCain – to fully fund the Veterans Administration, expand access to care in rural areas and improve treatment for mental health conditions, such as post-traumatic stress disorder.

“The accessibility with this administration has been outstanding. They listen, they reach out to the veterans’ service organizations, they see the value in communicating,” Peter Gaytan, executive director of the American Legion, the nation’s largest veterans’ organization, with 2.5 million members.

Even amid competing priorities and a deepening recession, Mr. Obama last year managed to secure the biggest increase in funding for the Department of Veterans Affairs in 30 years. And as Congress begins writing spending bills for 2011, despite a spending freeze on some other domestic spending, he’s looking for more aid for veterans.

Mr. Obama’s proposed VA budget for fiscal 2011 asks for $125 billion – a 10 percent jump from what Congress enacted for 2010, which was itself more than 16 percent more than 2009. The discretionary portion of next year’s budget request – the part the administration and Congress have the most direct control over – is up nearly 20 percent since 2009, to total $60.3 billion.

In the area of mental health, Mr. Obama’s budget for next year directs $5.2 billion in specialized funds for treatment of PTSD as well as for traumatic brain injury and other related conditions. It also asks for $2.5 billion to construct new VA centers and improve existing facilities.

“Across the board, the president has kept his promises to our veterans and will continue to uphold our obligations to all who have served,” White House spokesman Nick Shapiro said, noting that Mr. Obama “has a deep respect and appreciation for our service members and veterans.”

Perhaps one of the reasons Mr. Obama’s veterans policies have flown under the radar – relative to his hard-fought victory on the health care overhaul – is they draw bipartisan support at a time when the nation is still fighting two wars. In addition to approving double-digit budget increases, lawmakers on both sides of the aisle came together last year on a bill that put the portion of the VA’s budget that deals with medical care on a two-year track to insulate it from legislative delays.

They also signed off on the post-9/11 GI bill, which provides Iraq and Afghanistan veterans with money for tuition and housing while in school.

“I would think there’s more agreement than disagreement” on veterans’ issues, said Brooks Tucker, deputy staff director for Republicans on the committee.

But there are still bones of contention.

While veterans groups roundly praised the leadership of VA Secretary Eric K. Shinseki, a retired U.S. Army general, the agency lacks a permanent undersecretary for benefits. The previous administrator stepped down in January, leaving the Veterans Benefits Administration – which one advocate described as the “Achilles heel” of the VA – without a leader who’s earned Senate backing to tackle the troubled claims process.

“We realize that President Obama and Secretary Shinseki inherited this catastrophe, but they really need to fix it now,” said Paul Sullivan , executive director of Veterans for Common Sense. Mr. Sullivan’s group has called for an overhaul of the VBA, which determines eligibility for federal benefits.

While veterans returning from Iraq and Afghanistan have free health care for five years, veterans from other wars and those whose time has expired must fill out a 23-page claim form to be eligible for care. To make matters worse, Mr. Sullivan said, VBA employees are sparsely located – there is only one VBA office in Virginia and one in Maryland, for example. And the backlog is astonishing: About half a million veterans are waiting on average six months for an answer to a new disability claim, while an additional 200,000 are waiting for an answer on an appealed claim, according to Mr. Sullivan.

“That’s too many veterans, and they’re waiting too long,” he said.