Ohio Attorney General Richard Cordray yesterday ordered the US Navy Veterans Association to immediately cease all fund raising in the state. This follows a lengthy investigation and a series of news stories by The St. Petersburg Times which raised a thick cloud of suspicion about the legitimacy of the “charity.”

The AG’s Charitable Law section sent a letter signed by Chief Investigator Pete Thomas to the group and to various individuals named as its directors. The letter cites a long list of violations of Ohio’s registration requirements, including:

The letter was also sent to the USNVA’ s attorney, Ohio “superlawyer” Helen Mac Murray of Mac Murray, Peterson and Shuster of New Albany, Ohio as well as the group’s telemarketer; Associated Community Services, a “boiler room” operation in Southfield Michigan and Community Support Inc. of Milwaukee, Wisconsin. The latter is a telemarketer that has attracted the Attention of the Attorney General in Oklahoma:

A Wisconsin fundraising company told Oklahoma donors 100 percent of their money would be used by charities, but it actually kept 83 to 90 cents of every dollar collected, Attorney General Drew Edmondson said Wednesday.

Community Support Inc. agreed Wednesday to stop such deceptive practices after attorneys general in 31 states sued. It also agreed to pay $200,000 to the states. Oklahoma’s share is $8,000.

The legal actions were part of a nationwide effort Wednesday that is part of “Operation False Charity.”

In other news related to the activities of the USNVA, Virginia Senator James Webb called yesterday for an IRS investigation of the group:

In his letter to [IRS Commisioner] Shulman, Webb raised concerns about a 2009 tax return filed by the Virginia chapter of U.S. Navy Vets in which the organization reported providing services to more than 2.2 million individuals.

“However, there is little evidence of services being provided on such a vast scale,” Webb wrote. He also noted that individuals “who purportedly serve on USNVA’s various boards of directors” cannot be found because addresses and other information have not been accurately documented in tax filings.

“Despite these alarming reports, tax records indicate that the USNVA has solicited millions of dollars from Virginians and residents of other states for its programs,” Webb wrote.

From the Roanoke Times

USNVA recently drew the attention of regulators in Virginia after a story in The Roanoke Times detailing large political contributions made to state pols including Governor Bob Mc Donnell and Attorney General Ken Cuccinelli by the group’s “Director” “LCmdr” Bobby Thompson. These gifts were given while the association was in the process of lobbying for legislation would allow it to solicit funds without filing annual registration forms with the state. 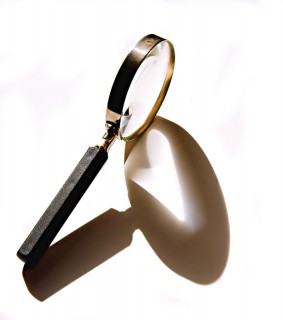 So far the US Navy Veterans Association has brought upon itself the investigative focus  of officials in New Mexico, Florida, Virginia, Missouri, Ohio and Oklahoma. There is some sense among those working on this story that investigations may soon follow in other states as well.

Meanwhile the group’s attorney Helen Mac Murray continues to proclaim that the USNVA is a legitimate charity and that all the charges are false and when contacted by The St Petersburg Times:

Asked to comment, Navy Veterans general counsel Helen Mac Murray did not address the news but said by e-mail: “My client welcomes your comment on the skinny gray-haired white man in navy blue Impala” who today “followed around a terrified USNVA volunteer who is eight months pregnant with a high-risk pregnancy.”

(The Times has not followed anybody, and Mac Murray declined to elaborate.)

In a posting on its Web site this week, the Navy Veterans explained why no one has been able to locate its key officers.

The board of directors has “chosen to go to great lengths to protect their privacy,” the posting reads, “because some members of the public have verbally threatened board members” and because “members of terrorist organizations have personally attacked the Association.”
From the St Petersburg Times