The most recent attempt to highlight Israel’s criminal blockade and illegal occupation of Gaza was met with more Israeli piracy. See Al Jazeera and Witness Gaza for updates..

From the Free Gaza Movement:

Just before 9am this morning, the Israeli military forcibly seized the Irish-owned humanitarian relief ship, the MV Rachel Corrie, from delivering over 1000 tons of medical and construction supplies to besieged Gaza.

For the second time in less then a week, Israeli naval commandos stormed an unarmed aid ship, brutally taking its passengers hostage and towing the ship toward Ashdod port in Southern Israel.

It is not yet known whether any of the Rachel Corrie’s passengers were killed or injured during the attack, but they are believed to be unharmed.

Nine international human rights workers were killed on Monday when Israeli commandos violently stormed the Turkish aid ship, Mavi Marmara and five other unarmed boats taking supplies to Gaza. Prior to being taken hostage by Israeli forces, Derek Graham, an Irish coordinator with the Free Gaza Movement, stated that: “Despite what happened on the Mavi Marmara earlier this week, we are not afraid.

The ship was named after an American human rights worker, killed in 2003 when she was crushed by an Israeli military bulldozer in the Gaza Strip. Its cargo included hundreds of tons of medical equipment and cement, as well as paper from the people of Norway, donated to UN-run schools in Gaza.

According to Denis Halliday: “We are the only Gaza-bound aid ship left out here. We’re determined to deliver our cargo.” The Rachel Corrie had been part of the Freedom Flotilla, a 40-nation effort to break through Israel’s illegal blockade, before being forced to drop off late last week due to suspicious mechanical problems.

The attack on the Rachel Corrie may spell trouble for Israel’s relationship with Ireland. The Irish government had formally requested Israel allow the ship to reach Gaza. On 1 June, the Irish parliament also passed an all-party motion condemning Israel’s use of military force against civilian aid ships, and demanding “an end to the illegal Israeli blockade of Gaza.”

Nobel Laureate Mairead Maguire summed up the hopes of this joint Irish-Malaysian effort to overcome Israel’s cruel blockade by saying: “We are inspired by the people of Gaza whose courage, love and joy in welcoming us, even in the midst of such suffering gives us all hope. They represent the very best of humanity, and we are all privileged to be given the opportunity to support them in their nonviolent struggle for human dignity, and freedom. This trip will again highlight Israel’s criminal blockade and illegal occupation. In a demonstration of the power of global citizen action, we hope to awaken the conscience of all.” 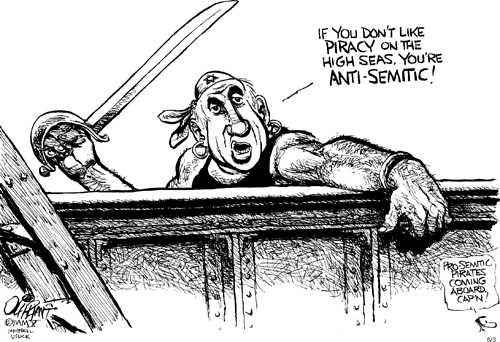