Home WarZone What Exactly is an Anti-Semite? 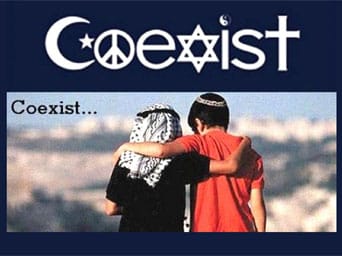 As the debate on U.S. Middle East Policy on the State of Israel and the indigenous Palestinian peoples rages on, I have began to notice so many misuses of the word “Semite” specifically when trying to paint someone as anti-Israel or even anti-Jewish that I felt compelled to investigate.

After much research, I have found that the phrase “Anti-Semite” is being misused primarily in the USA by mainstream American corporate media and perpetuated by politicians beholden to lobbies who aim to cause confusion and harm to the debate so that we are automatically pushed in the direction of a specific agenda; this without regard to justice or what’s right for the American people.

Specifically, I have found Semitic peoples are Arabs too and if we mean to charge another with being “anti-Israel” or “anti-Jewish”, use of the phrase “Anti-Semitic” is very confusing as it makes it seem that we are charging the person with being Anti-Arab. I don’t’ think that’s the intent, is it?

Semite refers to a language family and culture of largely Middle Eastern origin, from Samaria, now called the Semitic Culture and languages. This family includes the ancient and modern forms of Akkadian, Amharic, Arabic, Aramaic, Ge’ez, Hebrew, Maltese, Phoenician, Tigre and Tigrinya among others. As language studies are interwoven with cultural studies, the term also came to describe the extended cultures and ethnicities, as well as the history of these varied peoples as associated by close geographic and linguistic distribution.

In the USA, the Zionist Political Movement has successfully connected the phrase “Anti-Semitic” into being anti-Israel and/or anti-Jewish. Successful marketing? You betcha! Incorrect and doing harm to our intellectual and genuine debate? Absolutely! We need to adjust for the sake of everyone so the debate is very clear.

Finally, as you make your case forward, please consider that;

Using correct phrasing and terminology, I strongly encourage all Americans to make their cases forward when it comes to U.S. Middle East Policy and let’s together figure out what’s in the best interests of the United States of America.