Home Government Mr. President: How About a Little of that Change We Can Believe...

Mr. President: How About a Little of that Change We Can Believe in?
While writing this series of articles I’ve had the great privilege of becoming acquainted with Dr. Stephen Musacco. Dr Musacco is a therapist, an organizational psychologist, and the author of the book “Beyond Going Postal.” In addition to his credentials as a psychologist, Dr. Musacco also has the specialized knowledge of having worked for the postal service for over thirty years. 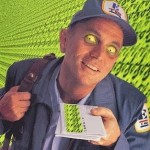 As a professional and former insider with a through understanding of the inner workings of the postal service, the doctor’s assessment of the working environment within the agency is so chilling that one can’t help but wonder how such corruption, employee abuse, and adminsitrative indifference have been allowed to exist in a United States government agency. Thus, I’m going to devote this week’s column to an excerpt of the doctor’s professional assessment, a man who is uniquely qualified to speak to what he calls the “toxic environment ” that postal workers are forced to endure on a daily basis.

In doing so, I sincerely hope that the public will take heed to this mental health professional’s warnings.  It is absolutely essential that the American people press our self-serving Washington establishment to step up to the plate to prevent another American tragedy BEFORE it happens for a change.  This can be done, and it must be. In this election year the American people must realize that the only way they will ever be secure in their own lives is to make the political establishment insecure in theirs.
Justice is not cheap.  The doctor’s words clearly demonstrate that in spite of what we might have been taught in grade school, justice is not a birthright. One must be prepared to fight for justice.  His words also demonstrate that the time has come for the American middle-class to flex its political muscle – and fast.

At 600,000 strong, plus family, friends, and neighbors – and in an election year where incumbents are hanging on by their fingernails – postal employees are in the driver’s seat of a tank. Yet, they’re allowing themselves, and their families, to be robbed by a guy with a butter knife – and not just once outside a liquor store, but repeatedly in what is supposed to be the sanctity of their workplace.  This has got to come to an end.

Why are so many union officials missing in action?  Where are your congressional representatives?  And President Obama, where are you?!!

On the morning of June 2, 2009, a city letter carrier went to work and reportedly fatally shot himself in the head in the locker room at a postal facility in Gastonia, North Carolina. The Gaston Gazette online news report stated that the “Gastonia Police are investigating an apparent suicide this morning at the post office. . . . One of the employees is inside dead from a gunshot wound.”

Prior to my retirement from the USPS, at a former district I worked for, there were three suicides within a two year period that I concluded were contributed to in significant part by how these employees were treated in the workplace. The third employee, a city letter carrier, fatally shot himself in a postal jeep and left a letter stating that he could no longer take the job. The night before he committed suicide he told his wife he did not know if he would be able to handle his job anymore. How do I know? His wife told me this one day after his suicide. He was one of the best employees in the office. The District Manager and I interviewed his coworkers after his death, and they stated he would urinate in a bottle while on delivery route for fear he would not meet an artificial deadline set by postal management. During the interviews, one of the postal supervisors told the District Manager and me that the day before the suicide she gave a letter to all the city letter carriers in the station, noting that any future over time used for their routes would be considered unacceptable performance. The suicide at the Gastonia postal facility was the second since December 2005.

Many people have asked: Why is there so much stress and workplace tragedies in the U.S. Postal Service? The answer to these questions is because the postal culture embraces and reflects core values that center on achieving bottom-line results with little or no regard for employee participation, respect, dignity, or fairness. Additionally, there is little or no accountability for the actions of top management in the Postal Service. Many postal facilities consequently have toxic work environments, and they can be a catalyst or trigger for serious acts of workplace violence, including homicide and suicide. The associated rewards system for behavior consistent with the postal culture core values, moreover, enables systemic organizational and individual bullying of employees at all levels of the organization.

I define a toxic workplace environment as a workplace where there is a high incidence of stress-related illnesses. These stress-related illnesses are manifested by psychological and physical deterioration. In other words, these types of environments seriously erode employees’ health and well-being. The primary factors contributing to a toxic workplace environment are high job demands, low job control, and low social support. Low social support generally entails a lack of respect and validation of employees’ dignity by their “superiors”. It also oftentimes includes organizational practices and methods that encourage the bullying of employees to meet corporate goals.

The name of the city letter carrier who committed suicide in Gastonia, NC on June 2, 2009 is Steven Spencer age 60. According to his obituary, Steven was married and leaves two daughters and three grandchildren. He was a member of the National Association of Letter Carriers/ and state representative for Muscular Dystrophy Association. He was the founder of the National Association of Letter Carriers Food Drive for Gaston County. He was very active in Scouting, attaining the highest rank of Eagle Scout. He also was a member of the Order of the Arrow. Steven was a veteran of the Vietnam War serving his country proudly in the US Navy.

I find it highly improbable that an employee will kill himself or herself in a postal facility or while on a postal route unless it is to send a clear message that a toxic workplace exists and the person can’t handle it anymore. Sadly, it also may be a tragic attempt to better the lot of one’s fellow coworkers by drawing attention to the tragic event itself.

Prior to Steven’s suicide, I was contacted by a relative of an employee at the Gastonia post office in April of this year. She was concerned because of what she reported as a toxic workplace environment at the Gastonia post office, lack of accountability to address employees’ concerns, and that the situation may lead to another workplace tragedy. Unfortunately, her worst concern became a reality on June 2, 2009. She further indicated several employees have resigned their positions at the office because of the toxic workplace environment and others were suffering from negative psychological and physical effects because of this environment.

I was told employees’ attempts, mostly city letter carriers, to have their concerns addressed over a two-year period included: filing of discrimination complaints and grievances, unprofessional workplace assessments, town hall meetings, contacts to congressional representatives both locally and nationally, contacts to the Office of the Inspector General (OIG), and petitions to Charlotte postal District officials as well as to national representatives of the Postal Service and the NALC. She further indicated that none of these measures contributed to fully addressing the workplace environment or alleviating its negative impact for the employees at the Gastonia Post Office.

In order for the U.S Postal Service to become a safe and healthy organization and thereby prevent future workplace tragedies, which have been at an epidemic level over the past three decades, there is an urgent need for congressional intervention and legislation to address its toxic postal culture. Dr. Gary Namie and his wife, Dr. Ruth Namie, along with their colleague Dr. David Yamada, have for years pushed for such legislation at the state and federal level. In order for national legislation for the prevention of workplace bullying to have the intended impact, it would require sanctions to employers or their representatives who are in violation of a new workplace statute that defines workplace bullying as a harmful and illegal activity.

The Postmaster General, and Inspector General, must go!

Committee on Oversight and Government Reform