Home WarZone Ten Things We Should Have Remembered on Memorial Day

This essay by Nora Eisenberg was sent to Veterans Today by Paul Sullivan, and our friends, over at Veterans for Common Sense (VCS).

Essay: Ten Things We Must Remember on Memorial Day

According to Yale historian David Blight, Memorial Day (first called Decoration Day), the U.S. holiday commemorating fallen soldiers, got its start at the end of the Civil War.

In 1865 in Charleston, South Carolina former African-American slaves exhumed Union soldiers from a mass grave on the site of Charleston’s exclusive racetrack and buried them in individual graves, a ten-day project that ended in a day of celebration of the nation, peace, and freedom in which thousands of Charleston’s black families gathered to decorate graves, pray, play games, and picnic. 135 years after the end of our Civil War, our nation is engaged in near civil wars in Afghanistan and Iraq, which we had a part in starting and no plans for ending. 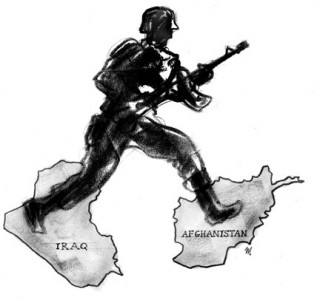 “We don’t do body counts,”General Tommy Franks, commander of the U.S. invasions of both Afghanistan and Iraq, famously remarked, when asked about Iraqi civilian casualties. We do do body counts of our own — though we don’t talk about them much. Thanks to groups like Veterans for Common Sense, Department of Defense and Veterans Affairs data have been publicized, and thanks to projects like Iraq Body Count, we do count them.

As we picnic[ed] and play[ed] this [past] Memorial Day, [did we] try to remember that:

Combined as part of the Gulf War that began in 1990 and never ended, this is America’s longest war in our history. On Memorial Day, as we remember[ed] the dead and wounded, ours and theirs, the latest installment of 30,000 new troops [was] readying for new battles with Taliban fighters in Kandahar.

Nora Eisenberg is the director of the City University of New York’s fellowship program for emerging scholars. Her short stories, essays and reviews have appeared in such places as The Partisan Review, The Village Voice, The Los Angeles Times and Tikkun. She is the author of three highly acclaimed novels. Her most recent novel, When You Come Home (Curbstone, 2009), explores the the 1991 Gulf War and Gulf War illness.