THE brutal raid on the freedom flotilla carrying humanitarian supplies that was trying to break the blockade of Gaza was bound to provoke outrage—and rightly so.

The Israeli government arrogantly declared that Israel had the right to defend itself, in justification of the massacre of unarmed humanitarians.

And this ” right to defend itself ” jazz seemed as some kind of ” reverse logic”, to almost everybody who were following the updates of this terrible incident on TV screens, including the people with impartial view on the Arab – Israeli conflict, but this Israeli raid somehow helped them to take sides.

The Israeli statement failed to gain any worldwide sympathy this time, it failed to delude people.

This time, Israel looked as the aggressor, and only an act of god could convince people otherwise. And actually this is what the Israelis needed, a divine intervention, maybe another parting of the sea, which would have swallowed up the aid flotilla and spared the Israeli commandos the trouble of confronting enemies in international waters.

Anyhow, the Israeli commandos must have killed those civilians with a clear conscience, for they were assured that God was on their side, at least that how the Rabbis must have brainwashed them beforehand, the same way that happened in the inhumane Israeli war on Gaza2008- 2009.

To those commandos, they were not engaged in a military mission but in holy war. And speaking of holiness, let’s go back in time and take a look at the Israeli conflicts in the bible.

Scholars failed to trace the Jews to any affinity to an ancient cultural tradition other than the Ibraheimic tale. And agreed that being Jewish is solely a religious affiliation?

Remove the old bible with all its fancy tales of the Israelites and you’ll be literally left with nothing, absolutely nothing worth mentioning regarding the Jews or their heritage as if they never existed outside the narrative of the Old Testament. Or maybe they did, but in a far different manner from the biblical story.

That’s why most scholars of ancient near eastern history relied primarily on the bible to study the ancient history of the Israelites but that is no longer the case. In the last quarter century or so, archaeologists have seen one settled assumption after another concerning who the ancient Israelites were and where they came from proved false.

If you examined the history of the Israelites in the ancient near east, from a biblical perspective, you would be surprised by the fact that Israel had always been depicted as the one nation exclusively chosen by their God, but on the contrary to that unjustified and weird divine attitude, the Israelites had commonly been persecuted by their neighbors.

Intolerance of the Jews has always been the most commonly shared feature of every tribe or culture or even kingdom that came to deal with Israel as far as the old bible is concerned.

Conflict due to intolerance of Israel has been a biblical reality whenever Israel has existed as a nation in the old testament. Whether it was the Egyptians, Amalekites, Midianites, Moabites, Ammonites, Amorites, Philistines, Assyrians, Persians, or Romans, the nation of Israel has always been surrounded by and persecuted by its neighbors. Why is this? 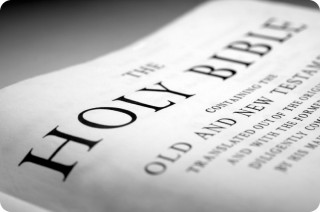 Early biblical archaeology was conducted in “bible and spade “approach with the presumption that the bible must be true, finds only being considered as illustrations for the biblical narrative, and interpreting evidence to fit the bible.

The first biblical archaeologists were thus guilty of one of the most elementary of scientific blunders: rather than allowing the facts to speak for themselves, they had tried to fit them into a preconceived theoretical framework. Another layer of political mystification was added in the twentieth century by Zionist pioneers eager for evidence that the Jewish claim to the Holy Land was every bit as ancient as the Old Testament said it was.

But since the 1970s most archaeologists have begun instead to interpret the evidence only in the light of other archaeology, treating the bible as an artifact to be examined, rather than as an unquestioned truth.

Israeli archeologist, Ze’ev Herzog born 1941, professor of archaeology at The Department of Archaeology and Ancient Near Eastern Cultures at Tel Aviv University , is considered one of the leading figures in that modern field archeology along with his colleague archeologist, Israel Finkelstein.

In 1999 Herzog’s cover page article in the weekly magazine Haaretz “Deconstructing the walls of Jericho” attracted considerable public attention and debates. In this article Herzog cites evidence supporting that “the Israelites were never in Egypt, did not wander in the desert, did not conquer the land in a military campaign and did not pass it on to the 12 tribes of Israel. Perhaps even harder to swallow is the fact that the united monarchy of David and Solomon, which is described by the Bible as a regional power, was at most a small tribal kingdom.
And archaeologists noticed that ancient chronicles and records of all the above mentioned authorities and kingdoms were silent and devoid of any record of a conflict with the ancient Israelites.

And if modern scientific history and archaeology managed to refute the bible claims to history, and showed that Jewish bible scribes were keen on portraying Israel as the nation surrounded by imaginary enemies,who held them in enslavement and captivity, In an attempt to keep the conflict scenario going, and keep the sympathy with Israel going. But what does that say of the legitimacy of the holy war that the Israeli military is now waging on alleged enemies, especially that the pro-Palestinian sympathy is considerably gaining momentum worldwide.
For Israel, this aid flotilla tragedy should be the starting point for deeper questions—about the Israeli list of potential and alleged enemies, about the Jewish state’s increasing loneliness

Israel is caught in a vicious circle. The more it tends to shoot opponents first and ask questions later, the more it finds that the world is indeed full of enemies.