Postal Service Employee Abuse Spur Call for Citizen Action Group
*
Do you know the names of any of the 29 coal miners who died in Montcoal, West Virginia on April 5, 2010, or what has happened to their families since that needless tragedy? Can you tell me the names or condition of the families of the 11 oil workers who were vaporized during the explosion of the oil rig in the Gulf on April 20? Can you give me just one name of the many innocent postal workers who have been killed, maimed, or disabled due to irresponsible postal management over the past several years?
* 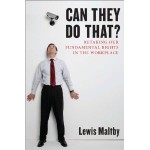 Of course you can’t, because the limitless greed of the corporate community – including much of the corporate press – has relegated these poor and middle-class workers to the wastebin of ‘unfortunate collateral damage’ in their blind pursuit of the dollar. As a direct result, a citizen’s action group has been proposed to address the diminishing quality of life of America’s poor and middle class workers.
*
Since it has become abundantly clear that many of our unions, civil rights activists, and even our government are either unable, or unwilling, to address this issue, an umbrella organization encompassing a coalition of human rights organizations has been proposed to address this issue. Tentatively, the suggested name for the umbrella organization is “Citizens Against Reckless Managerial Action” – CARMA, a play on the Buddhist term Karma, or “action” – a sort of C-Party so to speak.
*
It has been suggested that this coalition be headed by Lewis Maltby. Mr. Maltby is the founder and president of the National Workrights Institute. He also founded the National Workplace Rights Office of the American Civil Liberties Union, and holds a Juris Doctorate from the University of Pennsylvania Law School.
*
Maltby is a nationally recognized expert and prolific writer on human rights in the workplace. He’s also the author of Can They Do That? : Retaking Our fundamental Rights in the Workplace. In addition, until 1988 Maltby was a senior executive in the corporate community, so he brings extensive knowledge of the mindset of corporate executives. He indicates that during the time he was in the corporate world he learned that “human rights and corporate efficiency are not only compatible, but mutually reinforcing,” so he would also bring a great deal of common sense to what is certain to be a vigorous national discussion. His final decision is currently pending.
*
Since the U S Postal Service, with more than 600,000 employees, is the second largest employer in the United States, second only to Walmart, it will be a natural target of this new organization. The postal service will also be a target due to its long history of time fraud, blatant abuse, and intimidation of its employees. But what makes the postal service a particularly large target is as a United States government agency it should be in the very forefront of the fight for workers’ rights.
*
For decades U.S. presidents have gone all over the globe lecturing world leaders on human rights. Yet, our very own United States Postal Service is among the worst abusers of workers’ rights outside of the third world.
*
As mentioned in previous columns in this series, the postal service’s policy of forcing employees to work four to six hours without pay, falsifying clock rings and deleting hours from employees who are gainfully employed, then intimidating the employees in order to prevent them from reporting the matter is routine business on a daily basis within the postal service. One postal supervisor even reported to this writer that she personally witnessed a manager forge an employee’s resignation. This sort of activity is unconscionable, and must come to an end.
*
On Thursday, April 22, President Obama went to Cooper Union College in New York City and lectured the financial community on the need to curb its corrupt business practices. He pointed out that their business model led directly to this nation’s financial crisis, and brought severe hardship upon millions of American people. But ironically, his words also serve to condemn the business practices of his very own United States Postal Service.
*
The corporate assault on the middle class has become blatant. The Massey Energy Company ignored 1,342 safety violations going back to 2005. That led directly to the death of 29 coal miners. And according to platform-worker, Tyrone Benton, British Petroleum ignored several safety concerns on the oil rig 24 hours before the explosion. That saved them $500,000 a day in down time, but it led to the untimely death of eleven employees, and the worst oil spill disaster in United States history. And the U.S. Postal Service is committing Blatant felonies against its employees with complete impunity on a daily basis.
*
So the trend is clear. Corporate America has set a policy of ignoring the safety, rights, and financial interests of the American poor and middle-class in their blind pursuit of ever more wealth – and the United States government has no intention of doing a thing about it.  In fact, Republican congressman, Joe Barton of Texas, apologized to British Petroleum for having to take responsibility its criminal negligence.
*
This has been going on for years. Michelle Mairesse wrote,
*
“Judicial Watch represents hundreds of postal workers from the Brentwood Postal Facility in Washington, DC. Until the Brentwood facility was finally condemned by the CDC, Brentwood postal workers handled all of the mail for Washington, DC, including the ‘official mail’ that contained the anthrax-laden envelopes addressed to Senators Daschle and Leahy. While Capitol Hill workers received prompt medical care, Brentwood postal workers were ordered by USPS officials to continue working in the contaminated facility. Two Brentwood workers died from inhalation anthrax, and dozens more are suffering from a variety of ailments related to the anthrax attacks. A variety of legal actions are being planned for the disparate treatment and reckless endangerment the Brentwood postal workers faced.”
*
If we want America to remain America, we must fight this sort of reckless disregard for American workers.
*
Eric L. Wattree
wattree.blogspot.com
[email protected]