Home Government A Little Tough Love for the People

A Little Tough Love for the People

This past Friday, June 25, 2010, I attended a breakfast at the Regency West in Leimert Park. The Breakfest was given by The Urban Issues Forum of Greater Los Angeles. It was hosted by Dr. Anthony A. Samad, coordinated by Ms. Arnetta White Mack, and the principal speaker was Minister Keith Muhammad, of Mosque 26B in Oakland, Ca. 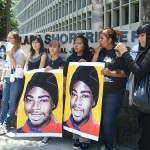 Right off the bat the event was unusual in that they fed the participants breakfast at the forum’s own expense. The only thing they wanted in return was the chance to educate the people. There was no grandstanding, and no self-serving commercials, only facts, which I took the time to verify thoroughly – I’m something of a cynical sort.

They brought to our attention the flagrant murder of twenty-two-year-old Oscar Grant by Bay Area Rapid Transit officer Johannes Mehserle on New Years Day of this year. Ordinarily one would use the qualifier “alleged” before “murder” prior to a defendant being convicted, but in this case such qualifiers seem ridiculously inappropriate since the murder took place in the middle of BART station, with a station filled with people, and before the lenses of several cameras and videos.

The details as related by Minister Muhammad are that Mr. Grant had become involved in an altercation with another White male passenger earlier in his trip, but it didn’t amount to much, so Mr. Grant and his friends continued on to their destination. Shortly thereafter BART police stormed onto the train, pulled Mr. Grant and his friends off onto the platform, and threw them against the wall. They then threw Mr. Grant face-first onto the pavement. A short time later, while Oscar Grant was lying face-down on the pavement with his hands behind him,  he was called a racial epithet, and Officer Mehserle stepped back and unceremoniously shot him in the back.”  So according to reports, one of the last words Oscar Grant heard in life was the word, “nigga.”  Officer Mehserle quit the BART Police Force within a week of the shooting, and fled to Nevada.

In response to the foot-dragging in this case, Minister Keith Muhammad along with other members of the religious community and concerned citizens began to petition for the removal of District Attorney Tom Orloff, who suddenly resigned, along with BART Chief of Police, Gary Gee. Officer Tony Pirone, that video footage reportedly shows punching Mr. Grant in the face just prior to the shooting was fired from the force in April. Pirone is appealing the decision.

This case has generated so much controversy in the Bay Area that Mehserle’s trial had to be moved to Los Angeles. The controversy, it seems, is with good cause. In response to the highly inappropriate conduct and the blatant murder of Oscar Grant captured on video, Mehserle’s only defense is that he thought he was using his taser.

Now, here we have what is supposed to be a highly trained police officer, yet, he can’t tell the difference between a taser and a service revolver? That’s a bunch of crap – if it were not for the senseless loss of an innocent young life, Mehserle’s defense would be almost as egregious as the crime itself.

Mehserle’s flimsy defense is insulting. It shows just how little regard the system, and many of the people within it, have for our community – and not just our community, by the way. White people need to understand that those who control the system don’t care any more about poor and middle-class white people than they do Blacks. Evidenced of that can be seen in all the names of poor and middle-class White troops who are being killed in Afghanistan and Iraq, in spite of the fact that they can’t even come to a consensus as to why we’re over there. Well, I’ve long since come to a consensus of one. It’s all about money.

War is big business, and a lot of people are becoming obscenely wealthy by sending poor and middle-class kids to their deaths. They tell us it’s in defense of America, but if that were true their kids would be fighting as well. Don’t rich kids love America too? That’s grist for another discussion, but I can guarantee you one thing – you’ll never see the name of a Bush or Cheney child scroll by on the nightly news.

So we should not allow the horrific death that Oscar Grant suffered to be in vain. The community – and by that, I mean the HUMAN community – needs to come together and insist that Mehserle be dealt with swiftly and appropriately, because Oscar represents all of our children.

We’ve got to begin to understand that due to the apathy that has become the norm in our society, while Mehserle pulled the trigger, it was our disengagement with what’s going on around us that held the gun – a gun that’s pointed at all of our heads, and, with the trigger cocked.

While it’s very commendable how Minister Keith Muhammad and the people of Oakland immediately jumped on top of this particular issue, that is the exception rather than the rule. Atrocities such as this are going on all over the country on a daily basis with little or no mention. And it’s not just the blatant murders of innocent young men on the street, but the more subtle murders of coal miners in West Virginia, oil workers in the Gulf of Mexico, and postal workers killing themselves and coworkers on the workroom floor. So while the senseless murder of Oscar Grant was an act of mindless stupidity, American citizens are dying every day as a direct result of the reckless pursuit of the buck.

So again, as commendable as the people of the city of Oakland has been in addressing this particular issue, it only serves to put iodine on a cancer sore. Oscar’s death should serve as a symbol of how important it is for us to come together to address the disease itself – and if you’re not rich, or rich with a sense of justice, you should be onboard.

When I went to the breakfast this past Friday, I looked around me. I saw maybe fifty people. So I began to ask myself, “I wonder how many poor, middle class, and Black people showed up at the Lakers’ parade?” The difference between those numbers show just how little concern we have about our own community, and the plummeting quality of life of the poor and middle class in general. It shows that we’re thousands of times more interested in Kobe’s jump shot than we are the future of our own children – and the assault on our educational system clearly shows, that’s not by accident.

Now, you can deny that, and say that I’m going over the top. But any mathematician will tell you that numbers are quite different from opinions – they don’t lie.