Home Life Might Uncle Sam Want You – and Your Gold Bullion? 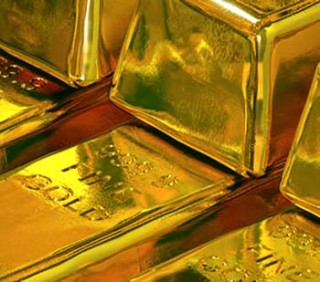 The laws of gold confiscation are very clear in the U.S. During any time of national crisis, it becomes illegal to buy, sell, or “hoard” gold bullion in any form. It is delineated under an Executive Order and can be re-administered as quickly as the assets in your checking account can be frozen. The penalties for violation are 10 years in prison, $10,000 fine, or both. Words: 807

Lorimer Wilson, editor of www.FinancialArticleSummariesToday.com, provides below further reformatted and edited [..] excerpts from Michael Trudeau’s (http://bartergoldandsilver.wordpress.com/) original article* for the sake of clarity and brevity to ensure a fast and easy read. Trudeau goes on to say:

The freedom to own and retain gold bullion in the U.S. is a temporary freedom, a revocable privilege, and not a basic right. This has been demonstrated on four occasions in American history. Gold was confiscated under F.D.R. in 1933, under President Lincoln in the Civil War and twice prior to the signing of the Constitution. U.S. citizens were only given back this temporary freedom in 1975.

The Possible Ramifications of a MAJOR Crisis
Few would argue that we are rapidly headed for, if not already in, a national crisis. Each month the balance of trade deficit gets worse, while the national debt continues to grow. The FDIC is self-admittedly broke and today could not even repay 10-cents on the dollar, plus we are told that over 1000 banks are operating at dangerous levels — less liquid than many banks which closed right after the crash of 1929. The number of banks closings is already well ahead of 1929 levels and rising.

Our lawmakers have been busy spending billions and now trillions of dollars a year, which we do not have. They call it “deficit spending.” You might call it “robbery”. At this pace it is obvious we are in a full blown, old fashioned national crisis, the kind where hard working people have lost a large portion of their wealth over the past few years and are about to lose the rest of their entire life savings if action is not taken now.

Might Uncle Sam Want You (i.e. Your Gold Bullion)!
When [the proverbial _ _ _ _ ] hits [the fan], Uncle Sam will not worry about you or your life savings. Uncle Sam will be in a panic to get his books balanced to continue foreign trade and more borrowing if anyone will lend to us anymore. How could the books get balanced in a hurry? Fairly simply: by collecting all available valuable assets and having them reappraised upward.

Need an example? How about 1933 — under F.D.R. gold was confiscated and accumulated at $20.57 an ounce. Once collected, the U.S. government graduated the price of gold up to $35, an increase of approximately 70%.

They say those who are not students of history are doomed to repeat it. Don’t get caught with your Krugerrands, Maple Leafs, Pandas, Pesos or other bullion coins when the hammer falls.

What Gold Should You Own?
The reason you own gold [or are seriously thinking of doing so] is to be safe from any emergency or crisis, especially a national crisis, so what should you do? May I suggest the following strategy: convert a portion of your assets (a minimum of 25% to 30%) into [one or all of] the following:
a) pre-1933 or commemorative U.S. gold coins which have historically withstood the scrutiny of both the U.S. Supreme Court and the Treasury Department scrutiny
b) British Sovereigns
c) Francs
d) silver dollars (but not junk silver which is considered bullion).

The above are classed as collectibles and, as such, you will enjoy several privacy and tax advantages not possible with bullion. There is also a proven wealth building potential due to increasing demand and diminishing supply. Bullion in any form is clearly subject to confiscation. Confiscation is more than just a possibility – it is a reality as a “bust” cycle nears. Do not buy more bullion than you can afford to lose.

When you buy the above mentioned coins to protect your assets, you are simply converting a percentage of your paper assets into precious metals, which will rise in value as the paper money decreases in value, therefore ensuring that your present wealth or assets are protected and you may have a gain on top of that. At some point, when things stabilize, you just convert your precious metals back to paper.

In these economic times the only people who will be able to protect what they have left are the people holding a percentage of their assets in the right kind of precious metals.

Editor’s Note:
– The above article consists of reformatted edited excerpts from the original for the sake of brevity, clarity and to ensure a fast and easy read. The author’s views and conclusions are unaltered.
– Permission to reprint in whole or in part is gladly granted, provided full credit is given.