Home Veterans Wake Up Veterans, We Need the Sun to Win! 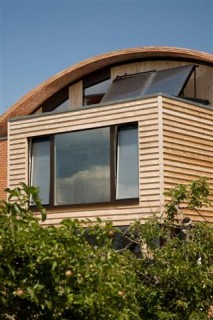 At Veterans Today, we know that when America gets off it’s bad energy addiction and jobs on with new technologies, we propel ourselves forward.

With this in mind, when we discover new energy related ideas, technologies, and actions, we will bring them to your attention.

As it stands, Solimpeks Corp., a solar company based in Karatay, Turkey, has released the Volther hybrid solar collector, which produces electricity and hot water simultaneously.

Historically, the main drawback of many conventional photovoltaic systems has been the high initial cost as well as the limited amount of electrical output when compared to the solar input.

This Volther hybrid solar collector system allows excess heat to be recaptured and boosts the system’s return on investment, according to Solimpeks Corp. Nowadays, most people and countries like to be self supporting for their own energy needs.

They are looking most of all to the durable energy sources like the sun, water and wind or geothermal. The systems, which are most common on the market now supply only electricity or only heat.

Let use look to the Sun. The sun is an infinite source of energy and generates 10.000 more energy than what the world consumes. There are two systems commonly to harness this energy. First we have the solar collector that makes normally hot water out of the energy from the sun. Second there are PV (Photovoltaic) modules, which converts sunlight into electricity. Both systems are increasing in popularity every day. 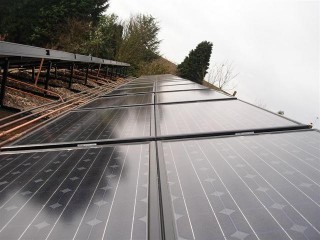 Both systems utilize a black or dark surface that looks at the sun. This black surface absorbs the solar energy and heats up the solar collectors. However, when PV modules heat up their ability to generate electricity diminished at the rate of about 0.5 % for every Kelvin. So a 10 degree rise in temperature in a PV module means a loss of about 5% of electricity output.

To solve this problem scientists have been working on different methods. The most promising one is “cooling PV cells with fluid”. In the PV-T, which is hybrid Photovoltaic and Thermal collector, production of both electricity and hot water is achieved simultaneously.

 They have increased electricity production performance of PV module

 Hybrid PV-T systems covering areas where electricity and heat energy produced from the total, half of this field with PV modules, the remaining half of the thermal

 Thermal collectors and PV modules to be installed side by side can create trouble in terms of availability and use and cause visual pollution. With PV-T modules, the electricity and hot water in the same area produce a space-saving and reduce environmental pollution.

Consequently, PV-T systems can reduce the temperature of PV cells resulting in an increased lifetime and efficiency. Calculations done by several scientists, organizations and universities indicate only 25 square meters of PV-T collectors are required for a normal family house in northern Europe to generate all their energy for an entire year.

When all U.S. Veterans get on the new energy train, we can take ourselves to a new better place.  So get on and let’s fix this thing.