Home WarZone WHO REALLY HAS BLOOD ON THEIR HANDS? 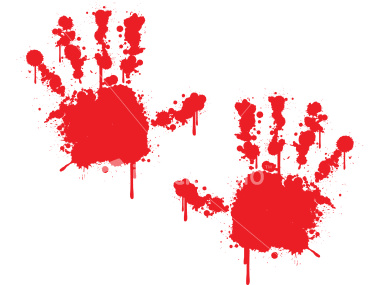 Veterans Today received this CALL TO ACTION from Cynthia Benjamin the mother of an Iraq war Vet who survived two tours in Iraq.

WHO REALLY HAS BLOOD ON THEIR HANDS? 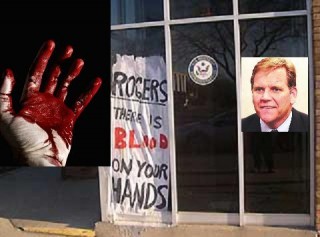 I have just written a letter of support to Pvt. Bradley Manning, the 22-year-old intelligence analyst suspected of passing videos and documents to Wikileaks.

Pvt. Manning is now in pre-trial confinement [at the Marine Base] in Quantico, VA, facing decades in prison and, if Republican Congressman Mike Rogers of Michigan has his way, the death penalty.

In the midst of all the grief my family has endured and the sorrow I feel for the Afghans and Iraqis who have died, I am grateful that someone out there was courageous enough to bring the powerful and dreadful truths about these wars into the light.

Admiral Mullen said that those responsible for the leaks have blood on their hands.

But no one could possibly have more blood on their hands than the Bush/Cheney regime and now the Obama administration–the blood of our troops, the tears of their families, the legacy of the innocents killed and maimed in these immoral wars.

With these Wikileaks horrors revealed, it will not be so easy for politicians to convince us that these wars are just, that they are worth bankrupting our nation, or that we can achieve peace by more killing.

My hope is that the national discussion that has emerged from the videos and documents will hasten the day when our troops come home. For that, the whistle blowers [like Private Bradly Manning] deserve our deepest thanks.

Veterans Today Editorial Comment: It amazes us that such a young, inexperienced, low ranking enlisted man (or woman) could pose such a dire threat to our National Security that it would warrant any punishment much less the death penalty. Actions by some radical members of Congress have  gone too far in trying to intimidate military members and their families to stick to government ‘bi-partisan’ propaganda or simply keep their mouths shut – period. We are talking about a very low ranking Soldier here, a 22 year old kid. What were this Private’s his superiors , Manning’s SP4, Corporal, Sergeant’s, Lieutenant’s, Captains, Majors, Lt. Colonels, Colonels, and various Army Generals doing the entire time this 22 year old kid is almost being scapegoated, accused of espionage, and any fool in Congress threatening him with the death penalty?

Let the ultra right-wing return to power be they Republicans or disguised as Independent Tea Baggers, or worse, and the death penalty for speaking out against wars will be on their agenda.

COME ON AMERICA – WAKE UP – TO AN OUT OF CONTROL CONGRESS AND A PRESIDENTIAL ADMINISTRATION NO DIFFERENT FROM THE SHRUB’S.