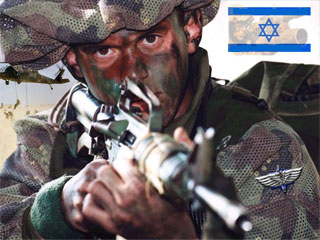 – The Reut Institute, it seems, has recognized that Israel’s “branding” campaign is not going to go anywhere unless there are fundamental policy changes. –

When the well-connected Israeli policy group, the Reut Institute, released a February 2010 report on what it labeled the “delegitimization challenge” from the global Palestine solidarity movement, Ali Abunimah of the Electronic Intifada pointed out that the report “never considers for a moment that the mounting criticism of Israel’s actions might be justified.”

In the aftermath of the May 31 Israeli attack on the Gaza flotilla, the institute may have done some rethinking on how Israel should combat the “delegitimization” problem.  While most of a new report–titled “The Gaza Flotilla: The Collapse of Israel’s Political Firewall”–repeats their smearing of boycott, divestment and sanctions (BDS) activists as people who want to see Israel “dissappear” and charges that the BDS movement actively collaborates with the “Resistance Network” (Hamas and Hezbollah), one of the recommendations to the Israeli government lines up with some of the BDS movement’s goals.

The institute writes, as one of their “principles and guidelines for addressing Israel’s delegitimization,” that Israel should undertake:

A consistent and honest Israeli commitment to end its control over the Palestinians, advance human rights, and promote greater integration and equality for its Arab citizens is essential in fighting the battle against delegitimization. Such commitment must be reflected in a coherent and comprehensive strategy towards Gaza and the political process with the Palestinians.

It’s not all that the BDS movement is calling for, but it’s somewhat close. The right of return, of course, is not touched upon in this case study, but one would think that allowing Palestinian refugees to come home classifies as “advancing human rights.”

This is not to say that the Reut Institute has good motives; the report on the flotilla still calls on Israel to “systematically collect intelligence on delegitimization activities and identify key catalysts promoting them. On that basis, Israel should formulate and implement an action plan to contend with catalysts of delegitimization.”

But their partial acknowledgment that it is Israel’s actions that are “delegitimizing” itself is interesting, and is perhaps a tacit sign that the BDS movement and Israel’s “flotilla problem” are forcing sectors of Israel’s political elite to confront head on Israel’s real problem: their continued strangulation of Gaza and the decades-old occupation that has denied Palestinians basic human rights.  The Reut Institute, it seems, has recognized that Israel’s “branding” campaign is not going to go anywhere unless there are fundamental policy changes.