Jeff Danziger gave Veterans Today permission to use any of his copyrighted political cartoons to make or reinforce points for our readers.

The point we wish to make using Jeff’s toons on Afghanistan and Wikileaks is that instead of making a 22 year old kid a scape goat for an overall breakdown in National Security on a par with that which allowed a hand full of religious extremists to fly several jets into designated targets in New York, the Pentagon, and only one failed attempt due to the Let’s Roll attitude of a few courageous passengers.

In each of the links below, our readers will note that instead of persecuting some young enlisted man (or woman) for a lax in U.S. National Security precautions, the Pentagon and mainstream media should instead be focusing on the numerous senior Pentagon officials who LEAK operational security information to the public.

In most all of the below links either an official Pentagon spokesperson has officially leaked the information to the public, be it propaganda or misinformation the Pentagon wants Al Queda or the Taliban to intercept, or as is the usual norm OPSEC is leaked to the public under conditions that the senior Pentagon source remain anonymous.

Danziger notes the stupidity on the part of our White House and Pentagon in relation to the kid who allegedly leaked thousands of Defense secrets.

Compare this to how Danziger also poked fun at Senior Military Officers and the White House for letting the Taliban know WE ARE COMING-GOING TO KANDAHAR, so the Taliban can be ready to welcome our troops. How many U.S. troops lives were put on the line by this bold and arrogant leak by our government? 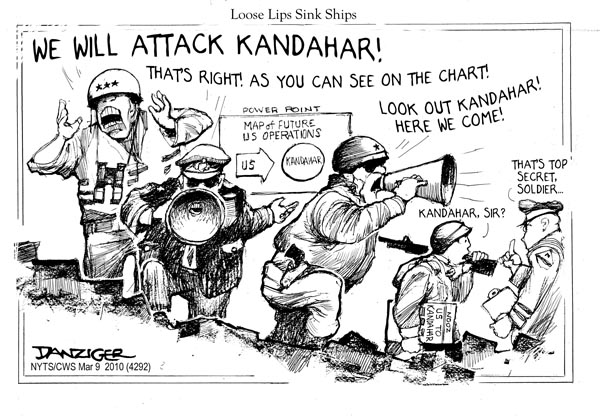 Kandahar braces itself for a bloody summer offensive

Afghanistan: The Test in Kandahar

The Next Big Battle: Kandahar Here We Come 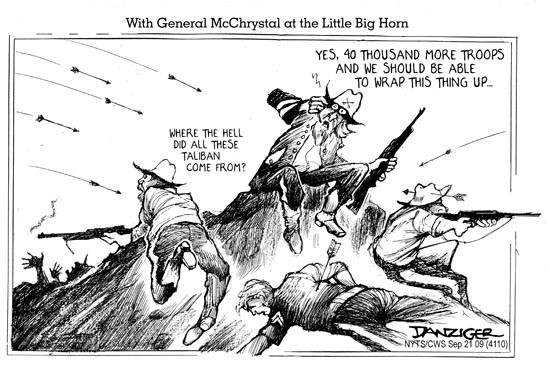 Kandahar Offensive To Begin In June

This Week at War: The Forgone Conclusion in Kandahar

Date set for attack on Kandahar 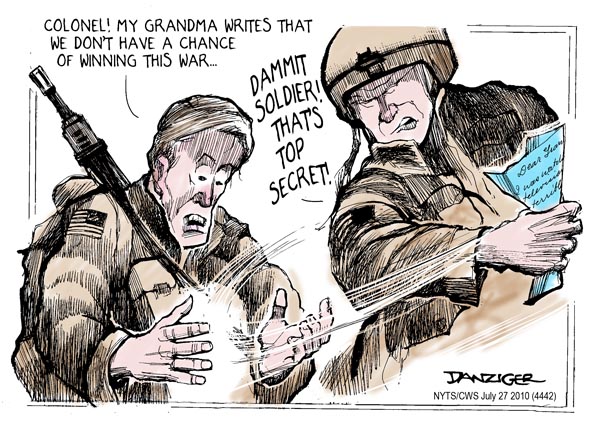 Pentagon: Operations Under Way Against Taliban in Kandahar

Pentagon Report on Progress Towards Security and Stability in Afghanistan (April 2010) Kandahar/Helmand is the COIN strategy.