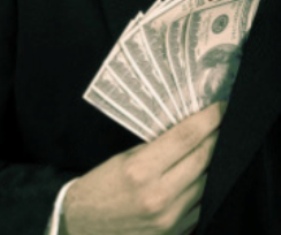 By DEXTER FILKINS and MARK MAZZETTI in the NYT

KABUL, Afghanistan — The aide to President Hamid Karzai of Afghanistan at the center of a politically sensitive corruption investigation is being paid by the Central Intelligence Agency, according to Afghan and American officials.

Mohammed Zia Salehi, the chief of administration for the National Security Council, appears to have been on the payroll for many years, according to officials in Kabul and Washington. It is unclear exactly what Mr. Salehi does in exchange for his money, whether providing information to the spy agency, advancing American views inside the presidential palace, or both.

Mr. Salehi’s relationship with the C.I.A. underscores deep contradictions at the heart of the Obama administration’s policy in Afghanistan, with American officials simultaneously demanding that Mr. Karzai root out the corruption that pervades his government while sometimes subsidizing the very people suspected of perpetrating it.

Mr. Salehi was arrested in July and released after Mr. Karzai intervened. There has been no suggestion that Mr. Salehi’s ties to the C.I.A. played a role in his release; rather, officials say, it is the fear that Mr. Salehi knows about corrupt dealings inside the Karzai administration.

The ties underscore doubts about how seriously the Obama administration intends to fight corruption here. The anticorruption drive, though strongly backed by the United States, is still vigorously debated inside the administration. Some argue it should be a centerpiece of American strategy, and others say that attacking corrupt officials who are crucial to the war effort could destabilize the Karzai government.

The Obama administration is also racing to show progress in Afghanistan by December, when the White House will evaluate its mission there. Some administration officials argue that any comprehensive campaign to fight corruption inside Afghanistan is overly ambitious, with less than a year to go before the American military is set to begin withdrawing troops.