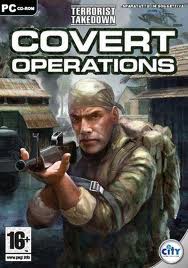 – What has become abundantly clear is that the Obama administration has taken the Bush-era doctrine of the world as a battlefield and run with it. US special forces are now operating in seventy-five countries across the globe—up from sixty under Bush—and special operations sources say Obama is a major fan of the work of JSOC and other special operations forces. –

By Jeremy Scahill in The Nation

The US military’s most elite counter-terrorism force, the Joint Special Operations Command (JSOC), prides itself on the secrecy of its operations.

JSOC runs classified, compartmentalized task forces in Afghanistan, Pakistan, Iraq, the Horn of Africa and elsewhere around the world. It has operated secret prisons and detention sites globally and is the premiere organization tasked with killing or capturing individuals deemed by the president to be threats to the national security of the United States. It maintains a “hit list” of people targeted for kill or capture, including Anwar al-Awlaki, a US citizen living in Yemen. While there has been an uptick in media focus on the possibility of a widening CIA role in Yemen, JSOC has been operating in Yemen for years, where its operatives have carried out a variety of operations, including unilateral direct actions—in other words, they have bumped people off.

What has become abundantly clear is that the Obama administration has taken the Bush-era doctrine of the world as a battlefield and run with it. US special forces are now operating in seventy-five countries across the globe—up from sixty under Bush—and special operations sources say Obama is a major fan of the work of JSOC and other special operations forces.

Over the past few days, the ultra-secretive JSOC has publicly posted several jobs listings that open a small window into the type of work JSOC is performing under the Obama administration. Perhaps the most interesting revelations are those that confirm JSOC’s ongoing interrogation program and its own counterintelligence operations in Washington, DC. The jobs also indicate that the individuals will be working on Special Access Programs (SAPs), which are black-budget black operations, which in some cases involve what are essentially assassinations. Former CIA operative Bob Baer said recently that SAPs allow “for the military, under Title 10…to assassinate. So, essentially, the military in what is called battlefield preparation can go into a country like Yemen we‘re not at war with, and assassinate leaders in al Qaeda or related groups. And this is Pandora‘s box. Once you open it, where else do you go?  I mean, do you it in Thailand? Do you do it in Morocco?”

Seeing highly sensitive job descriptions on public job sites has stunned some special operations forces veterans. “This kind of advertising is new under the Obama administration,” says a US military source who has worked on SAPs and with JSOC. “Under the Bush administration, we certainly were not advertising at USAJobs for these types of positions. It blows my mind to see ‘help wanted’ ads for SAPs and special reconaisance programs.”

A job listing posted on USAJobs August 12 for an “Intelligence Specialist (Operations)” requires a Top Secret security clearance and is based out of JSOC headquarters at Fort Bragg, North Carolina. It says that the job entails “planning, coordinating, and executing highly specialized, mission critical Interrogation, Exploitation, and Detainee related requirements for JCS-directed operations and contingency plans. Employee develops plans and strategies in support of complex tactical mission requirements. Coordinates and conducts mission essential training, as well as evaluating the execution of detention, interrogation, and exploitation operations. Responsible for all aspects of Interrogation, Exploitation and Detainee support during exercises, training, and operational deployments. Serves as a DOD certified interrogator, conducting interrogations and debriefings in support of military operations.”

See Jeremy Scahill in The Nation.