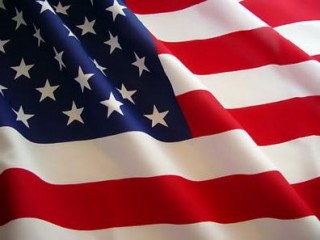 – If a to-be-named, new head of the VBA is a hard-core veteran’s advocate, it will go a long way toward proving that  President Obama and VA Sec Shinseki are serious about reversing the culture of the VA and VBA that has driven veterans to madness in the worst case, and endless frustration in the normal course of bureaucratic works –

Speaking at the 92nd National Convention of the American Legion this Saturday in Milwaukee, Acting Under Secretary for Benefits (and head of  the Veterans Benefits Administration (VBA)), Michael Walcoff, addressed the new Agent Orange presumptives.

But reading reports and listening to the scuttlebutt among veterans’ advocates, it’s difficult to access whether Walcott was apologizing for the expanded Agent Orange presumptives, and hoping Congress and Sen. Jim Webb (D-VA) step in and halt the implementation of the benefits.

From the Business Wire:

‘You’ve got Agent Orange. You’ve got presumptions. You’re talking about over $13 billion in the first year,’ said Walcott.

Walcoff said VA anticipates additional 190,000 benefits claims in the first year after the regulations go into effect. For that reason, Walcoff said, the announcement won’t be met with applause from everyone.

Well, Walcott seems like a nice-enough guy, some advocates say, but word of mouth is that Walcott is one of the anti-benefits guys that packed the VBA with anti-veteran hacks. Walcotts sank his head in the sand and did very little to overhaul VBA when he had chances for more than three decades.

A replacement is expected fairly soon, and if the head of the VBA is a hard-core veteran’s advocate, it will go a long way toward poving that  President Obama and VA Sec Shinseki are serious about reversing the culture of the VA and VBA that has literally driven veterans to madness in the worst case, and endless frustration in the normal course of its functioning.

With pending claims for benefits now sitting at over 1.3 million, some advocates are suggesting that a housecleaning looks likely in the near future.

So, yes, there have been some improvements, some things that I am sure the veterans are appreciative of, but it baffles the mind to think that the Administration believes change will occur if they don’t clean house, and remove the entrenched bureaucrats, and policy wonks, who are gatekeepers to affecting that change. I don’t know why they haven’t moved them out, but they are still there, and they are, in fact, sabotaging Shinseki on several fronts. And there have been some political blunders that have occurred, because some of these entrenched bureaucrats—two and three levels below Shinseki—have made recommendations that filtered their way up to the top. …

The fact is Obama out-performed his other Democratic presidential nominees on veterans at the polls precisely by appealing to and reaching out to hard-core veterans’ advocates, and not “VSO (Veteran Service Organization) housecats,” as one Vietnam veteran and advocate said in a recent interview with VT.

Said Robinson in an interview with EIR [Executive Intelligence Review]:

But you can tell by the things that they do and don’t support, where they stand. I think veterans were frustrated with the Bush Administration, and when you looked at the possibility of getting more of the same with John McCain, and potentially his candidacy, veterans, and veteran services organizations, and others, I think, chose Obama.

Paul Sullivan, Executive Director of the veterans advocacy group Veterans for Common Sense, said in testimony before the  House Committee on Veterans Affairs, Subcommittee on Oversight and Investigations  to consider Gulf War illness, that “a cabal of VA staff” is “intentionally delaying research and treatment for our veterans.”

There is beyond a doubt embedded neocons dug it deeply at the VA and VBA like Renee L. Szybala, former VA director of Compensation and Pension Service under the Bush-Cheney administration, who energetically worked to block veterans from being paid benefits.

In one infamous case, Szybala helped engineer the DoJ prosecution of a Wisconsin Vietnam-era veteran whistle-blower whom the regional office of the Milwaukee VA hated because he blew the whistle on their altering his C-file and taking a decade to decide his claim.

The federal charge Szybala engineered was for wire fraud for receiving VA benefits after the veteran (Keith Roberts) saw his friend crushed to death by a c-54 aircraft, and after being advised in 2002 by the late Jim Henning, a Shawano County (Wisconsin) Veteran’s Service Officer, to apply for an earlier retroactive date for his PTSD disability benefits.

The DoD said the two veterans were not friends and one veteran exaggerated his efforts to save his (not) friend, fellow veteran though both men were serving on line duty at the same time as the deadly accident at a Navy base in Italy, a ludicrous prosecution bought by a jury in a small Northern Wisconsin town.

“Scores of anti-vet career people at the VA have been getting away with murder for decades. Our president needs to get rid of them, and fast,” said a veteran’s advocate who works at all levels of the VBA claim process.