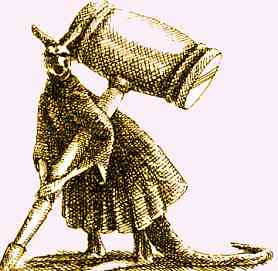 By Charlie Savage in the NYT

WASHINGTON — After working for a year to redeem the international reputation of military commissions, Obama administration officials are alarmed by the first case to go to trial under revamped rules: the prosecution of a former child soldier whom an American interrogator implicitly threatened with gang rape.

The defendant, Omar Khadr, was 15 when he was captured in Afghanistan and accused of throwing a grenade that killed an American soldier. Senior officials say his trial is undermining their broader effort to showcase reforms that they say have made military commissions fair and just.

Senior officials at the White House, the Justice Department and the Pentagon have agreed privately that it would be better to reach a plea bargain in the Khadr case so that a less problematic one would be the inaugural trial, according to interviews with more than a dozen current and former officials. But the administration has not pushed to do so because officials fear, for legal and political reasons, that it would be seen as improper interference.

Mr. Khadr’s trial at the naval base in Guantánamo Bay started earlier in August but was put on a monthlong hiatus because a lawyer got sick and collapsed in court. The pause has allowed the administration to consider the negative images the trial has already generated.

Chief among them are persistent questions about the propriety of prosecuting a child soldier. Moreover, in a blow to establishing an image of openness, the Pentagon sought to ban journalists who wrote about publicly known information that it decreed should be treated as secret.

Charlie Savage in the NYT