Home Life Not ‘life,’ but maybe ‘organics’ on Mars 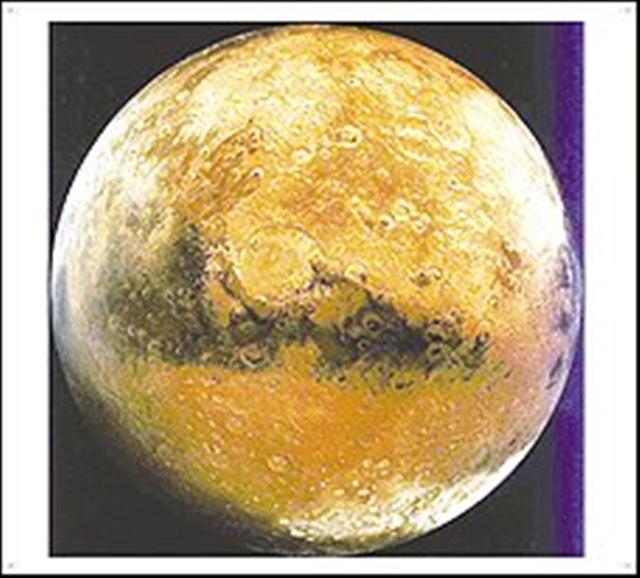 Thirty-four years after NASA’s Viking missions to Mars sent back results interpreted to mean there was no organic material – and consequently no life – on the planet, new research has concluded that organic material was found after all.

The finding does not bring scientists closer to discovering life on Mars, researchers say, but it does open the door to a greater likelihood that life exists, or once existed, on the planet.

“We can now say there is organic material on Mars, and that the Viking organics experiment that didn’t find any had most likely destroyed what was there during the testing,” said Rafael Navarro-Gonzalez of the National Autonomous University of Mexico.

The original 1976 finding of “no organics” was controversial from the start because organic matter – complex carbons with oxygen and hydrogen, which are the basis of life on Earth – is known to fall on Mars, as onto Earth and elsewhere, all the time. Certain kinds of meteorites are rich in organics, as is the interstellar dust that falls from deep space and blankets planets.

The new results, published in the Journal of Geophysical Research-Planets and highlighted Friday in a NASA news release, flow directly from a discovery made by NASA’s Phoenix lander in 2008.

Mary Voytek, senior scientist for astrobiology at NASA, said the findings demonstrate the ever-present risk of reaching “false negatives” in space based on limitations of the equipment used and of the scientists’ understanding of conditions beyond Earth.