Will future historians conclude that the Palestinian diaspora betrayed its occupied and oppressed brothers and sisters?

By Alan Hart via My Catbird Seat 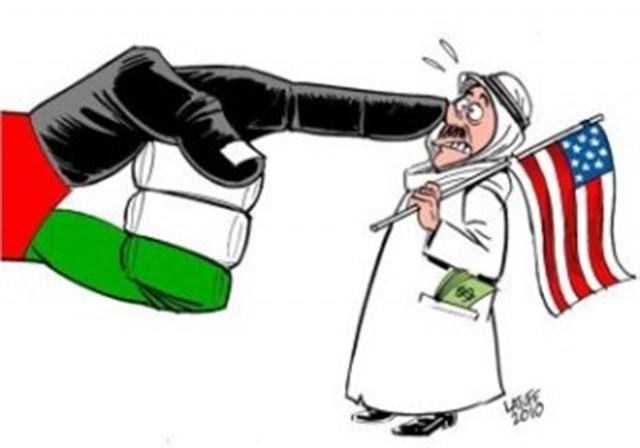 The real history of the making and sustaining of the conflict in and over Palestine that became Israel invites the conclusion that the Arab regimes – more by default than design in my view – betrayed the Palestinians. The question this article addresses is: Will future historians conclude that the Palestinian diaspora betrayed its occupied and oppressed brothers and sisters?

There’s no mystery about the Arab (regime) betrayal. When the Palestine file was closed by Israel’s 1948 victory on the battlefield and the armistice agreements, the divided and impotent Arab regimes secretly shared the same hope as the Zionists and the major powers. It was that the file would remain closed for ever. The Palestinians were supposed to accept their lot as the sacrificial lamb on the altar of political expediency.

Nor is there any mystery about why the Arab regimes were at one with the Zionists and the major powers in hoping that there would never be a regeneration of Palestinian nationalism. They all knew that if there was, there would one day have to be a confrontation with Zionism; and nobody wanted that.

When Yasser Arafat, Abu Jihad and a few others lit the slow burning fire of the regeneration, it was the security services of Eygpt, Jordan and Lebanon which took the lead in trying to put it out.

The incredible almost superhuman steadfastness of the occupied and oppressed Palestinians is the reason why Zionism will never be able to close the re-opened Palestine file again unless it resorts to a final round of ethnic cleansing, to drive the Palestinians off the West Bank and into Jordan or wherever. In my analysis it is more likely than not that Zionism’s in-Israel leaders will create a pretext to do just that at a point in the foreseeable future

When it becomes apparent even to them that with bombs and bullets and brutal repressive measures of all kinds they can’t break the will of the occupied and oppressed Palestinians to continue the struggle for their rights and compel them to accept crumbs from Zionism’s table.

As things are I think it is unrealistic to expect the governments of the major powers either to use the leverage they have to call and hold the Zionist state to account for its past crimes, or to intervene to prevent the crimes it will commit in a foreseeable future.

And it can be taken as read that the Arab regimes will not lift a finger to prevent a final Zionist solution to the Palestine problem. (Before Sharon sent the IDF all the way to Beirut to exterminate the PLO’s leadership and destroy its infrastructure, Gulf Arab leaders met in secret, without advisers present, in order to agree a message to the Reagan administration. The message was to the effect that they would not intervene in any way when Sharon made his move. After that message was sent, one of the Arab leaders present, Oman’s Sultan Qaboos, said to Arafat: “Be careful. You are going to ask for our help and it will not come.” Last year I had a private conversation in London with a major royal from the Arab world. I said to him, “Nothing is going to change in the Arab world until your regimes are more frightened of their own masses than they are of offending Zionism and America”. He replied, “You’re right.” I also said to him, “If the Zionists do resort to a final round of ethnic cleaning to close the Palestine file, Arab leaders, behind closed doors, will give thanks and celebrate.” His reply was the same, “You’re right.”)

Question: What can the Palestinians do to help themselves?

My view is that they should wind-up (close down) the discredited Palestine National Authority (PNA), and put policy making and implementation back into the hands of the Palestine National Council (PNC), which is supposed to be (it once was) the highest and most supreme Palestinian decision-making body. To become relevant again it would have to be reconstructed and re-invigorated by elections in every place where there are Palestinians – the occupied West Bank including East Jerusalem, the Gaza concentration camp and the diaspora.

The fact that the PNA is corrupt, impotent and discredited is reason enough for it to be put out of its misery, but there’s more to it.

In their claim for justice, the Palestinians have 100% of right, legal and moral, on their side (whereas the Israelis have 99% of the might, conventional and nuclear, on their side). If this claim was properly presented and pressed by a credible Palestinian leadership, by definition a democratically elected leadership duly authorized to represent the views of all Palestinians, it would be more difficult for the governments of the major powers, the one in Washington DC especially, to go on refusing to use the leverage they have to end Israel’s occupation of Arab land grabbed in the Zionist state’s 1967 war of aggression. (Not self defense as Zionism asserts).

Because Israel and the major powers won’t talk to Hamas (despite the fact that its leaders have signalled their willingness to live in peace with an Israel inside its pre-1967 borders), and because the Fatah-dominated PNA is so discredited (I imagine Arafat is revolving with anger in his grave), the occupied and oppressed Palestinians are effectively leaderless in the sense that they are without an institution to represent them in the corridors of power.

It follows, or so I believe, that a demand for putting policy making and implementation back into the hands of a reconstructed and re-invigorated PNC must come from the Palestinian diaspora – from Palestinian communities in Jordan, Syria, Lebanon, Saudi Arabia, Eygpt, Kuwait, Iraq, Yemen, Western Europe, the USA, Canada, Australia, Chile, Honduras, Brazil, Columbia and Guatemala.

The question arising is the one of the headline for this article: Does the Palestinian diaspora care enough to become engaged?

I have long been of the view that the major difference between Jews and Arabs is that Jews know how to play the game of international politics and Arabs don’t. The Palestinians could prove me wrong. The world, not just the occupied and oppressed Palestinians, needs them to do so.

Alan Hart is a former ITN and BBC Panorama foreign correspondent who covered wars and conflicts wherever they were taking place in the world and specialized in the Middle East.

His Latest book Zionism: The Real Enemy of the Jews, is a three-volume epic in its American edition.  He blogs on www.alanhart.netwww.twitter.com/alanauthor. and tweets on