Often at seminal historical junctures the need to venture “outside the box” and think the unthinkable becomes critical.

By Nureddin Sabir via My Catbird Seat 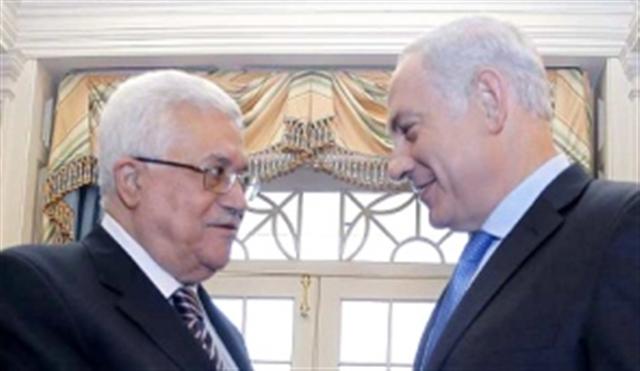 Such a moment is now upon the Palestinians. At stake is whether they will survive as a people or dissolve into the oblivion of the banished: ethnically cleansed from their homeland, the world’s new gypsies, a second-class diaspora, third-class inhabitants of isolated reservations.

The challenge facing the Palestinians now is to step back from the abyss and seize the moment by turning threats and dangers into game-changing opportunities and a new strategic vision.

It is 17 years since that momentous event when, on 13 September 1993, Palestinian leader Yasser Arafat and Israeli Prime Minister Yitzhak Rabin shook hands at the White House lawn before the world’s media. At the time, this was hailed as a new dawn that would usher in a just and lasting peace between the Israelis and the Palestinians. But it was not to be, and many would say that the “peace process” launched by the Oslo agreements of 1993 was never intended to deliver justice or peace. To understand why, let us revisit what lay behind the Oslo process that gave birth to the Palestinian National Authority (PNA) – also known as the Palestinian Authority (PA)..

Ever since the establishment of the state of Israel, a central stratagem of Zionist propaganda has been the proclamation, repeated ad nauseum, of Israel’s readiness to hold bilateral talks with Arab leaders on a peaceful settlement, while at the same time refusing to talk to anyone who purports to represent the entire Palestinian people and not just those in the occupied territories. The stratagem paid off handsomely when used on Egypt which, in return for getting the Sinai Desert back, had to sign a peace agreement with Israel and establish normal relations with it.

With Egypt out of the picture, the military option ceased to exist for the Arabs. Without any bargaining power, they were thereby condemned to rely solely on the hope of Israel’s willingness to dish out bits of illegally occupied territory in return for even more concessions. Without Egypt, Syria – the only remaining potentially significant military power, but its army inadequately equipped, ineptly led and poorly trained, and its government mired in corruption and cronyism and more concerned with maintaining the predominance of the Alawite sect in domestic politics – ceased to be a matter of urgency. The Syrians could be simply made to wait while new facts on the ground, in the form of illegal Jewish colonies, are created in the occupied Golan Heights. The only other remaining potential foe, Jordan, had never been a significant military power and, in any case, followed Egypt’s example several years later and was thus taken out of the military equation as well.

This left the Palestinians. By the the time of the infamous handshake on the White House lawn, five years of intifadah, or uprising, in the occupied West Bank and Gaza Strip had convinced the Israelis – government, army and people – that the status quo in these occupied territories was not tenable politically or economically. Nor was the expulsion of the Palestinians to Jordan or some other neighbour a politically viable option for the time being. So, what could be better than to hand over political and economic responsibility for the restless and impoverished masses to a Palestinian authority, but without conceding an inch on the core issues of Jerusalem, the illegal Jewish colonies and the 3.6 million registered Palestinian refugees. Indeed, once the Palestinians concede their rights on these core issues, they could even have their own “state”, in a proportion of the West Bank dotted with illegal Jewish settlements and linked to the Gaza Strip by an Israeli-controlled corridor – a state in all but reality.

In this context, it seems clear that the sole purpose of the Oslo “peace process” was to establish disconnected enclaves, or bantustans, into which the Palestinian population of the West Bank and Gaza can be squeezed, leaving the remainder of the post-1967 occupied territories populated by Jewish settlers – in fact, squatters and misfits brought over from the United States, Europe and the former Soviet Union – thus giving Israel more time to prepare for diplomatically unsavoury measures such as large-scale ethnic cleaning. The intention in the meantime was that these bantustans be controlled by a quisling Palestinian regime, a role which to its eternal shame the Palestinian faction Fatah was happy to perform in return for a little power.

The irony – in fact, the tragicomedy – of the events that have unfolded since Oslo is that no Palestinian faction – neither the Fatah-dominated PNA nor Hamas – have any real power or authority over anything. Even the killing of cockroaches and the collecting of rubbish is undertaken, if at all, by the grace of the real power in the occupied territories, Israel. It is Israel which controls the land and sea borders, and the airspace, of Gaza and the West Bank. It is Israel which collects Palestinian customs duties and keeps them for itself, and it is Israel which pulls the strings in Washington, London and other European capitals.

And this is where we are today. Seventeen years after the infamous Arafat-Rabin handshake, and after numerous, torturous, stop-start “peace talks”, what we have is an Israel whose arrogance and barbarity reach new unprecedented heights daily, Jewish squatters whose numbers, political power and appetite for land theft have grown exponentially, and the Palestinians divided between a starving, besieged Gaza governed by one beleaguered albeit democratically-elected Palestinian faction, Hamas, and a series of enclaves in the West Bank nominally ruled by a supremely corrupt, bankrupt quisling outfit known as the “Palestinian National Authority”. Nearly two decades after that moment of false hope on the White House lawn, what we have is a framework that could never deliver a just and dignified peace for the Palestinian people.

Consequently, challenge for the Palestinian people is to disabuse themselves of any illusion that the framework bequeathed to them by Oslo can deliver anything but the liquidation of their cause and to accept that, if they are to survive as a people and have any chance of justice, then they must work from a new paradigm. What they must do is ditch the poisoned chalice delivered by Oslo. They must dismantle the PNA.

Indeed, dismantling the PNA would yield one immediate benefit by bringing to the fore a principal lie at the core of Israeli propaganda, i.e. that Israel seeks a peaceful solution based on “two states for two peoples”. The fact is that there cannot be “two states for two peoples” because the land on which the future Palestinian state is supposed to be built is being stolen by, and colonized with, Jewish squatters as we write, and what has not yet been stolen is non-contiguous and dotted all over the West Bank with squatter colonies in between, occupying the commanding heights and the best agricultural land. If the PNA were to be dismantled, Israel would be deprived of a vital accomplice and would have to face a very simple choice: give the Palestinians of the occupied territories full citizenship and thus say goodbye to the racist dream of a purely “Jewish state” or ethnically cleanse the Palestinians in full view of the rest of the world and face the consequences.

As important for the Palestinians is the fact that dismantling the PNA would remove the illusion that they already have a state, or proto-state, and would pave the way for the creation of a new democratic, patriotic, progressive body that would represent the genuine interests of the Palestinians and fight for their liberation. It would force Palestinians at the grassroots – in trade unions, professional associations, farmers’ organizations, women’s groups and other bodies – to organize to protect their national cause and work for their liberation and the right of return.

This may seem like a long shot but it is not, for the foundation stones of such a movement already exist in the civil society bodies that are established within Palestinian society. Let us not forget that, against all the odds, in 1980 the people of Poland created Solidarity despite the iron grip of the Communist party and its powerful ally, the Soviet Union, which eventually led to their independence. If the Poles can do it, so can the Palestinians.

The alternative is the liquidation of the Palestinian cause and the triumph of the racist Zionists and their evil backers.

*Nureddin Sabir is the editor of Redress Information & Analysis (www.redress.cc), a website dedicated to exposing injustice, disinformation and bigotry.