To generalize is to be an idiot. –William Blake 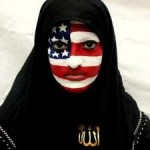 Xenophobia is a fear or contempt of that which is foreign or unknown, especially of strangers or foreign people. It includes hatred of persons belonging to a different race, or different ethnic or national origin.

The fear or hatred that makes up xenophobia involves a great deal of generalizing about “others”.

Unfortunately, if you develop a mindset about large numbers of people based on the actions of a few, you can treat whole populations badly.

British historian Thomas Macaulay said, “In proportion as men know more and think more they look less at individuals and more at classes.”

Generalizations involving xenophobia include thoughts like: “immigrants are not as worthy as natives,” and “women are not as capable as men.”

There are those in America who consider Barak Obama unworthy of being its president because of his colour, because his father was not American by birth, or because Obama’s middle name is Hussain.

The mental degradation as part of this generalizing applies to any and all who don’t belong to the tribe or group of the xenophobes.

Philosopher and author Eric Hoffer observed that “We are more prone to generalize the bad than the good. We assume that the bad is more potent and contagious.”

Thus, by faulty reasoning, if there is one bad black, all blacks are bad; and if one Muslim has committed a crime, therefore all Muslims must be criminals.

A special name – Islamophobia – applies to xenophobia involving Muslims; and Islamophobia has been growing alarmingly in America recently.

A knife-wielding lunatic attacked a Muslim taxi driver in New York City.  Why? The driver admitted to a drunk lunatic that he (the taxi driver) was a Muslim.

The attacker reasoned from the specific (an attack attributed to Muslims on 9/11) to the general (all Muslims were responsible).

A mosque under construction in Tennessee suffered an arson attack. Why? Comments by Islamophobes like Newt Gingrich have incited a general hatred of Muslims.

Newt Gingrich, once the speaker of the US House of Representatives, would naturally have others attaching greater credence to what he says.

Newt Gingrich has been vocal in opposing the building of mosque

How many people has Gingrich fed anti-Muslim thinking with his inflammatory public remarks about Islam?  The false generalization: if one Muslim is bad, all Muslims must be bad.

Florida Pastor Terry Jones’ planned to burn copies of the Quran on the anniversary of 9/11. Why? He generalized from Muslims alleged to have been responsible for 9/11 to all of Islam.

Documentary film-maker Michael Moore pointed out, “Blaming a whole group for the actions of just one of that group is anti-American. Timothy McVeigh was Catholic. Should Oklahoma City prohibit the building of a Catholic Church near the site of the former federal building that McVeigh blew up?”

Protesters have been assailing the building of an Islamic cultural centre – including a mosque – near Ground Zero in New York. The protestors disregard the fact that before Ground Zero became Ground Zero, it had two mosques.

The problem:  general and increasing Islamophobia.  According to a Washington Post/ABC News poll, 49 percent of all Americans say they have generally unfavourable opinions of Islam. A larger percentage opposes the cultural centre.

Poet Ezra Pound wrote “Any general statement is like a check drawn on a bank. Its value depends on what is there to meet it.” In other words, if the money isn’t in the bank the cheque is worthless.

Applied to the generalizations about Islam, if they don’t fit Muslims generally, they are worthless expressions of xenophobia and the ignorant fear called Islamophobia.

Paul J. Balles is a retired American university professor and freelance writer who has lived in the Middle East for many years. For more information, see http://www.pballes.com.

PRESS TV TALKS TO MARK GLENN ABOUT ISLAMOPHOBIA IN AMERICA

The arrogance of power

Call for American Declaration of Independence from Israel