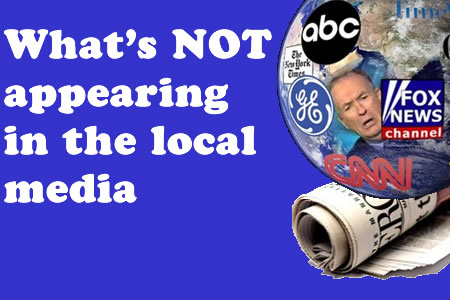 llow-up to my last update on Operation Recovery, and with the Congressional elections only a few weeks away, Voters for Peace the grassroots political action committee (PAC) of the Peace movement has decided to join Iraq Veterans Against the War (IVAW), Military Families Speak Out (MFSO), Gold Star Families Speak Out (GSFSO), and Veterans for Peace (VFP) in OPERATION RECOVERY.

IVAW has gone public to announce phase one of Operation Recovery.

Voters for Peace want to Stop the Deployment of Traumatized Troops!

As the United States enters into the 10th year of the War in Afghanistan, the longest war in U.S. history, there are many horrors and injustices to remember: the widespread killing and terrorizing of Afghan civilians, the arrest and torture of thousands of Afghans, U.S. support for the corrupt Afghan government, the death of American soldiers, the redeployment of injured soldiers, the incredible waste of resources and on and on the list continues.

We are joining with our allies at Iraq Veterans Against the War to support Operation Recovery an effort to stop the deployment of traumatized troops.  The U.S. military is spread thin on illegal wars – Iraq, Afghanistan and now, Pakistan – the deployment of injured soldiers is essential to continuing these wars.  It is time to put an end to this practice.

Please review the message below from our colleagues at IVAW and join their campaign to stop the deployment of traumatized troops.  Forward this message to others you think might be interested

Voters for Peace opposes the current wars of aggression, wants to see the wars ended immediately and all U.S. troops brought home.

, the 9th anniversary of the Afghanistan invasion, Iraq Veterans Against the War announced our first-ever strategic campaign, Operation Recovery: Stop the Deployment of Traumatized Troops. We recognize that we must stop the deployment of all soldiers in order to end the occupations in Iraq and Afghanistan. However, we see the deployment of soldiers with Post Traumatic Stress Disorder, Traumatic Brain Injuries, and Military Sexual Trauma as particularly cruel, inhumane, and dangerous. Furthermore, we know that without the repeated use of traumatized soldiers on the battlefield, the occupations in Iraq and Afghanistan could not continue.  This is how we will end these wars, by winning our Right to Heal.

We are reaching out to you, our loyal supporters. In building up to the announcement we need you to help us inform others about this issue and get them to pledge their support for the campaign. Sign the Pledge of Support today.

US Army specialist Ethan McCord was one of the first on the scene when a group of suspected insurgents was blown up on a Baghdad street in 2007, hit by 30-mm bursts from an Apache Helicopter. “The top of one guy’s head was completely off,” he recalls. “Another guy was ripped open from groin to neck. A third had lost a leg… Their insides were out and exposed. I’d never seen anything like this before.” Then McCord heard a child crying from a black minivan caught in the barrage. Inside, he found a frightened and wounded girl, perhaps 4. Next to her was a boy of 7 or so, soaked in blood. Their father, McCord says, “was slumped over on his side, like he was trying to protect the children, but he was just destroyed. McCord couldn’t look away from the kids. “I started seeing images of my own two children back home in Kansas.”

After this tragic incident Ethan sought out help and was denied. Mr. Thompson continues, That night, he told his staff sergeant he needed help. “Get the sand out of your vagina,” McCord says his sergeant responded. “He told me I was being a homo and needed to suck it up.” This was a violation of Ethan’s Right to Heal: a right that he and other IVAW members are fighting for. October 7th Ethan will be bring his testimony to DC along with other Veterans and GIs to announce Operation Recovery: A Campaign to Stop the Deployment of Traumatized Troops.

Do you want to help IVAW end the occupations? Then sign the Pledge of Support today.

The wars in Afghanistan and Iraq are continuing through the use of exhausted troops who have been on multiple tours of duty and suffer deeply from the trauma of war.  It is cruel and inhumane to deploy soldiers who are medically unfit for combat. In a 2008 TIME article America’s Medicated Army, Mark Thompson writes, Data contained in the Army’s fifth Mental Health Advisory Team report indicated that, according to an anonymous survey of US troops taken last fall, 12% of combat troops in Iraq and 17% of those in Afghanistan are taking prescription antidepressants or sleeping pills to help them cope. By winning our Right to Heal we will be withdrawing this 12 to 17 percent from the fighting force, crippling the military’s ability to continue the occupations.

Join our campaign now by making a Pledge of Support.

If you have already made a pledge, please spread the word to your friends, family, and colleagues who may want to join you in pledging to support this campaign. Spread the word about the campaign.

October 7th in Washington DC, IVAW members assembled at Walter Reed Army Medical Center where we conducted outreach to soldiers affirming their Right to Heal. After which we began a six mile symbolic march from Walter Reed to Capital Hill. With each step of this march we brought the traumas of war from the failing military health institutions into plain view of generals and lawmakers.

When we arrived at the Capital we held a press conference to announce our new National Campaign, Operation Recovery. Ethan McCord and others gave testimony to their experiences of being denied health services and being retained in a traumatic environment or redeployed with ongoing health issues. We then walked to the offices of each member of the Senate Armed Services Committee to deliver a Notice that the sector responsible for the deployment of traumatized Troops is now on watch and that we are going to find out who is responsible for this inhumane practice and stop them.

In the coming weeks we will be asking supporters to;

o  Help us tell the story of the announcement by spreading the word about this campaign to your friends, co-workers, and family;

o Write letters-to-the-editor of your local paper about the issues affecting troops who suffer from military trauma;

o  Help identify those responsible for deploying traumatized troops in your local area;

We need help to make this happen. Make a pledge of support now.

Thank you for your support,