Home Government Do You Trust the Republicans to Show You Christian Charity?

Do You Trust the Republicans to Show You Christian Charity? 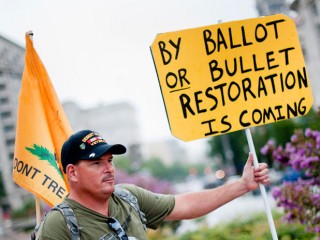 Let me ask you the above question again. Do You Trust the Republicans to show you Christian Charity? Many of you need to think about that, because when you hear those Teabaggers out there screaming that they want their country back, their corporate masters are depending on the fact that they’ve done enough damage to our educational system where many of you won’t know what that really means. In fact, many of the Teabaggers don’t know what it means.  If they did, they wouldn’t be out there.

What many Teabaggers don’t seem to realize is that corporate conservatives are using them like pawns to promote their own enslavement.  They’re using the bigotry of many of the social conservatives to carry out an agenda that they’ve been embarked upon since the end of the Great Depression – to undo the New Deal, which brought about all of the safety nets that serve to protect the economic lives of the poor and middle class.

These corporate slave masters are intent upon the destruction of social security, medicare, The Fair Labor Standards Act, and every other program that was designed to protect the people’s interest. Then, in their own words, they want to “make government small enough to drown in a bathtub” – or in plain language, too small to protect the interest of the American people.

Admittedly, their thirty-year program to take control over the lives of the American people has been ingenious. First, they destroyed the unions, then they destroyed the American educational system, and now we’re left with an emerging political class that is easily control, because they’re so dumb that even if they wanted to do the right thing, they’re so undereducated that they know absolutely nothing about the principles that this nation was founded upon.

In a debate at Widener Law School, Christine O’Donnell, Tea Party candidate for the United States Senate from Delaware, gave the law students a big laugh when she denied, then asked her opponent where the separation of church and state could be found in the U.S. Constitution. Ms. O’Donnell has also made other remarks that have betrayed the astonishing breadth of her ignorance.  She claimed, for example, that scientists have cloned mice that have human brains.

The Tea Party is running people like O’Donnell all across the country, people who have made such ridiculous statements that they’ve had to literally run from the press to avoid having to explain themselves.  Are these the kind of people that we can trust to protect our interest against the corporate encroachment on our rights in the United States Senate? I don’t think so.

So our corporate slave masters are already in the process of enslaving the Teabaggers right along with the rest of us by pouring millions of dollars into the campaigns of easily controlled politicians like Christine O’Donnell and others.  But many of the Teabaggers are either too dumb or too blinded by bigotry to understand that this time our enslavement is going to be by class rather than simply race, and by the time they realize what’s going on, it’s going to be too late.

But is it really possible that it could happen in America?  Wake up people – it already has:

“Come here fool and let me teach yo crazy, animal butt about the Lord. The first thing you got to learn is to Love thy Neighbor – especially me.” 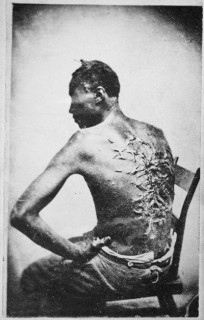 We’re just a tea bag away from that kind of “American exceptionalism.”  Maybe not to that extent, but you can never be sure, because the atrocities  of the Bush administration makes it clear that these are people without limits.
*
That “shining light on the hill” that they’re always bragging about was actually a plantation, and Black people could still be living under those conditions today if it were not for the many good people who decided that it was worth sacrificing their lives in the bloodiest war in this nation’s history to stamp it out. But it’s up to us to remain free, so what’s so important in your life that you can’t even sacrifice a few minutes to vote?
*
Do you get on your knees every month and pray that God stop the utility company from cutting off your lights? No you don’t – you don’t have to, because God answered your prayers in advance by blessing you with the common sense to go pay the light bill.
*
The same is true of your freedom. It’s not going to do a bit of good to get on your knees and beg God to protect your civil rights if you don’t vote. God helps those who help themselves. So if you don’t use the common sense that he gave you and vote to protect your rights, the lights of this free society are going to be shut off just as surely as the lights in your home will be shut off if you don’t pay the light bill.
*
Thus, all of our childrens’ tomorrows may be directly dependent upon our gettin’ up off our asses today.
*
Eric L. Wattree
wattree.blogspot.com
[email protected]
*
Religious bigotry: It’s not that I hate everyone who doesn’t look, think, and act like me – it’s just that God does.