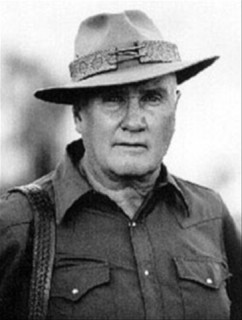 TacTalk is a weekly release from Opsgear.  If you like these article, please visit the official Opgear page to see the archives.

White is the lowest level on the escalator. In Condition White one is unaware, not alert, oblivious. This state can be characterized as “daydreaming” or “preoccupied”.  People in White tend to walk around with their heads down, as if watching their own feet. They do not notice the impending danger until it literally has them by the throat.

You see examples of this frequently. When was the last time you saw someone in traffic roll right up to a barricade or stalled vehicle, then expect you to stop and let them into your lane?  They’re operating their vehicle in Condition White. When a motorist runs over a motorcyclist and kills him, what are the first words out of their mouth? “I didn’t see him.”  They’re not lying. They were so inattentive and complacent that they did not notice a 200-pound man on a four hundred pound machine right in front of them. When this same guy runs past a stop sign and broadsides your car, killing your child, he will say, “I didn’t see it.”.

These same guys will be the victims of violent crime, because the criminal targets the inattentive, the complacent, the lazy, the distracted, the preoccupied. Why? Because the criminal wants to get to him, get what he wants from him, and get away from him, without being hurt or caught. Who would be the easiest person to do that to? Someone in Condition White.

QUESTION: When would it be acceptable to be in Condition White?

ANSWER: When in your own home, with the doors locked, the alarm system on, and your dog at your feet. Then, you can turn off your mind, if you wish, because you have sufficient layers of protection and warning to enable you to get up, get your gear, and get your head running. If you leave your home, you leave Condition White behind.

This is a relaxed state of general alertness, with no specific focal point. You are not looking for anything or anyone in particular; you simply have your head up and your eyes open.  You are alert and aware of your surroundings.  You are difficult to surprise, therefore, you are difficult to harm. You do not expect to be attacked today. You simply recognize the possibility.

EXAMPLE: You are on a small naval patrol vessel in the middle of the Mediterranean. You are not at war with anyone today, so you do not expect to be attacked.  You do, however, recognize the possibility, so you have your radar on twenty-four hours a day, making a continuous 360 degree sweep of the area, looking for potential problems.  Suddenly, there is a blip on your radar screen. You cannot tell by looking at the small, greenish-yellow dot on the screen whether it is a good thing or a bad thing, so you ask a fighter plane to intercept the blip and check it out. If it is an Al Italia airliner a hundred miles off course, the fighter pilot will wave at it. If it’s a Libyan MIG headed toward your boat, he will shoot it down. He won’t know whether to wave or shoot until he first assesses the blip as a threat.  This is exactly the same process you go through on the ground. When you leave home you turn on your radar, and it continually sweeps the area around you for potential hazards. When something catches your attention, you assess it. If it’s not a threat, dismiss it. If it is a threat, start getting ready mentally to deal with it.

Anything or anyone in your immediate vicinity that is unusual, out of place, or out of context, should be viewed as potentially dangerous, until you have had a chance to assess it. Someone who looks out of place, or someone engaged in activity that has no obvious legitimate purpose, should be looked over carefully. When your mental radar picks up on a blip, you immediately escalate one level on the scale, to Condition Orange.

This is a heightened state of alertness, with a specific focal point. The entire difference between Yellow and Orange is this specific target for your attention. Your focal point is the person who is doing whatever drew your attention to him.  It might be the fact that he is wearing a field jacket in August. It might be that he’s standing by a column in the parking garage, instead of going into the building, or getting in a car and leaving. It might be that you have been in five stores at the mall, and saw this same guy in every one of them. His actions have caused you to take note of him, so you must assess him as a potential threat, just as the fighter pilot assessed the blip earlier.

How do you assess someone as a threat? You have to take into account the totality of the cues available to you. His clothing, appearance, demeanor, actions, anything he says to you, are all cues. The single most important cue is body language. About 80% of human communication is through body language.  Predators display subtle pre-aggression indicators, which are obvious once you learn to look for them.

When you shift upward to Orange, you begin to focus your attention on this individual that caught your eye, but do not drop your general over-view. You don’t want to be blind-sided by his associates. You begin to watch him and assess his intentions, again looking at all of the cues available to you. Nine times out of ten, after a few seconds of observation, you will be able to see an innocuous reason for his behavior and then dismiss him. Once you figure out he’s not a threat, dismiss him and de-escalate right back down to Yellow.  NINE OUT OF TEN… Who is TEN?  He is the predator, who would have got you if you had been inattentive.  Now that you are aware of him, you are in far less danger.

As you assess this individual, and you see things that convince you he has evil intent, you start to play the “What if….” game in your mind, to begin formulating a basic plan. This is how we get ahead of the power curve. If he acts suddenly, we must have at least a rudimentary plan for dealing with him already in place, so that we can react swiftly enough. By saying to yourself, “That guy looks like he is about to stick me up, what am I going to do about it?”, you begin the mental preparation vital to winning the conflict. With even a simple plan already in place, your physical reaction is both assured and immediate, if the bad guy presses his intentions. If, after assessing him, you believe he is an actual threat, you then escalate to the highest level, Condition Red.

In Red, you are ready to fight!  You may not actually be fighting, but you are MENTALLY PREPARED to fight. In many, or perhaps even most, circumstances where you have gone fully to Red, you will not actually physically do anything at all.  The entire process of escalating from Yellow, to Orange, to Red, then de-escalating right back down the scale as the situation is resolved, occurs without any actual physical activity on your part. The key is that you were mentally prepared for a conflict, and thus could physically act if the situation demanded.

The fight is on.  Your outcome will depend upon your preparation.  Muscle & mental memory from training ins recalled.  You will fight how you trained.

Please visit Opsgear if you like the above article.  TacTalk is a weekly release by Opsgear, and you can see the archives by visiting their website.