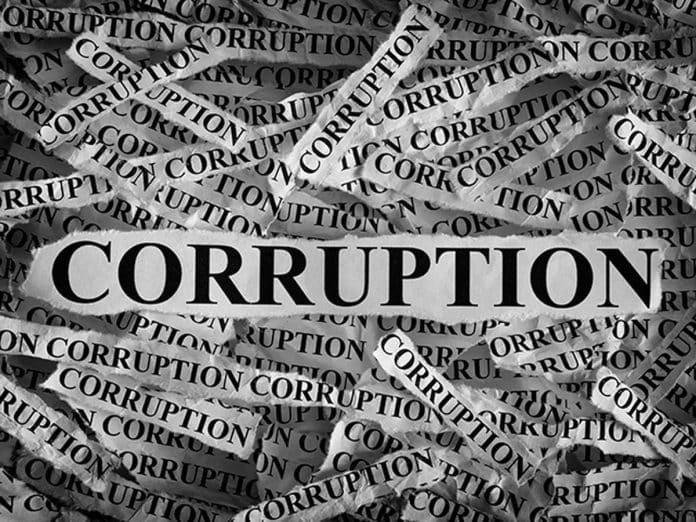 Congratulations USA! Almost 10 years after 9/11, the business of fake terrorism, fraud, and corruption still flourishes and is showing no signs of slowing down. In fact, it’s time to throw a corruption party!

Yeah, as reported by Transparency International on Tuesday, the United States has just dropped out of the “top 20” in a global league table of least corrupt nations, tarnished by financial scandals and the influence of money in politics!

With the mid-term elections in full swing, the corruption economy and its assigns on Wall Street and at Foggy Bottom are in the center ring. It’s Showtime!

Yeah I know, the banksters who stole the goods have long gotten away but, we the people, are still left holding the bag right? Come on people! Look at the bright side! We no longer need to pretend we are a shining example of democracy, liberty, and fiscal integrity. The whole world knows now and we’re free! We’re liberated! ! No more pretending! It feels great! I say let us eat cake! 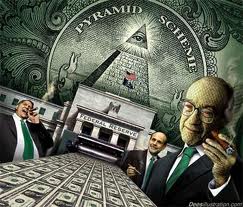 George W. Bush! Yeah, my man! You da man! You got us to the corruption game and bailed out those banksters while we, in the flock, just had to take a bit on the foreclosure-job-loss chin. No sweat buddy! Teamwork! Oh and love that Bush Doctrine thing!  Nice!  High-Five!

As for Barry Obama? Hey brother, it’s all good. I know you tried but hey, Gitmo is a hard place to close down, and filing torture crimes against humanity charges against evil-doers of corruption can be a bit tough especially when you got that gun to ya head right JFK? Oops, I mean MLK, oops, I mean….well you know what I mean! Wink! Wink!

Oh, and super kudos goes out to my main men Sean Hannity and Bill O’Reilly for keeping the FOX GOP NEWS channel humming with all that hum! What would we do without your propaganda corruption fest? Love it!

Anyways, I was thinking, you know these bankster terrorists have a lot in common with that other terrorist, what’s his name? Um -err – oh yeah, Osama Fake Laden! I mean both are on the run and can’t seem to be located right? Can we prosecute anyway? I know I know! I kid, I joke!

I guess the difference is that the banksters are still in our pocket while Osama Fake Laden is just on hiatus as they find a new actor to play the part.

Yeah really! I heard it on grapevine that the actor who played Osama wanted more money saying he had a better part in a George Clooney flick. Geez, what’s with the CIA? They don’t pay like they used to? Whoa!

Anyways, the so-called Osama actor, let’s call him “Nacho” was fired for thinking he was an A-List actor. What an idiot! Did you see his latest videos? I mean this guy can’t even dress the part consistently. One day his hair is grey next black. Come on Nacho! Get with the corruption thing!

Anyway, I spoke to a friend in L.A. and he said Nacho is living in a cardboard box on Sunset Boulevard with the rest of his fellow Californians who are out of work with a foreclosure stamp on their forehead. Rumor? 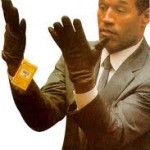 Suspicious, I took it upon myself to investigate. Using the Freedom of Information Act (FOIA), I found that the only person worldwide who is really searching for a 6’5″ Arab terror master is O.J. Simpson.

Yes, the same O.J. Simpson who’s sworn a lifetime of the search for the killers of ex-wife Nicole Simpson and Ron Goldman. And so I was not surprised to hear that O.J. has been on the job. Admittedly, to date, O.J. has not yet found the Nicole /Ron killers but when he was on that lovely Florida golf course, he had a few hot leads so give him a break okay?

Now O.J. sits in a Las Vegas jail, true! But they say he’s hot on the trail of Osama Fake Laden. O.J. says that there is a guy in there who knows a guy behind the guy who is the guy! Hey not bad! That’s better than what Dubbya and Darth Cheney brought us! I mean Lil’ Georgy was sending our poor Marines into the caves of Afghanistan turning over rocks and tumbleweeds looking for this odd-looking cartoon terror character. So kudos to O.J. I like his inside info!

“I thought I’d seen it all, the worst of everything, can’t watch my TV anymore, it only makes sad, feels like we’re living in a world gone mad” Brian Jay Cline

And waz up with Prez. Obama? Is he too busy to search for Osama Fake Laden? What? It’s not like he’s busy closing down Guantanamo Bay or something! Corruption?

Come on Barry, say a few words about Osama, or did you get that lil’ visit from a few men in black? Did they buy you a hot chocolate and ask you to sit down and get cozy? I bet one of them leaned over slightly and said in the soft quiet sure voice “Now listen here Bah-rat, here’s what’s really goin’ on ya hear and you’ll need to play or yer did faster than u can say Jimmah Carter or better, that John F. Kennedy foolio, capiche!”

So with Gitmo still in business, torturers on vacation, and banksters running roughshod over the whole dam thing, it’s no wonder the USA is a corrupt country and sliding down into Somalia status! Rock on!

Now some of you still have this dream of taking our country back! LOL! Well, I shall humor you! As Captain Renault from Casablanca once said “Round up the usual suspects!”; Oilmen, Wallstreeters, and all Military Industrial Complexes. I mean, somebody has to stop these people right?

I mean the Burrito Supreme Court just gave them a blank check to write their way into our Politician’s pockets without disclosure and without limits and no one is screaming! Amazing! I love it! Corruption!

Everyone is cashing in!

Well okay, maybe not everyone right?

I mean, how’s bout you and me? I don’t know about you, but seriously, I live on a dirt road with chickens and can barely afford my $ 425 a month rent. So with over $ 3 billion spent on this mid-term election, where’s my cut of the corruption? Oh! I guess I was NOT invited to that republicrat corruption party!

Serfs Up!  It sucks to be a peasant!