– Tea Party: A shot of steam that burned the GOP –

Lets face the facts.  The tail should never wag the dog.

The Tea Party has taken it upon themselves to mold the Republican Party into some bat-crap crazy party, and just expect the establishment GOP to smile.

What is now being stated by prominent Republicans about the Tea Party should have been said months ago.  Folks like myself had no problems speaking the truth.  Now more and more folks are seeing the light, and speaking out.

I am glad to see the mature experienced leaders within the GOP take a stand against what happened this year.  If the GOP can not contain the virus within the party they have no chance of a national victory in 2012.  The need for establishment Republicans to speak out is more than just a political one for the GOP.  It also needs to be done so the country is not undermined by the most base element that we have seen in politics in many decades.

“Candidates matter,” said Sen. Lindsey Graham (R-S.C.). “It was a good night for Republicans but it could have been a better one. We left some on the table.”

Referring to the debate within the right about whether the party was better off losing the Delaware seat than winning with a moderate Republican like Rep. 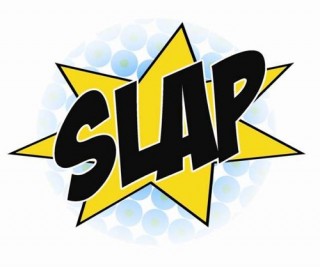 Mike Castle, who lost the GOP primary to Christine O’Donnell, Graham was even more blunt.

“If you think what happened in Delaware is ‘a win’ for the Republican Party then we don’t have a snowball’s chance to win the White House,” he said. “If you think Delaware was a wake-up call for Republicans than we have shot at doing well for a long time.”

Former Senate Majority Leader Trent Lott put it plainly: “We did not nominate our strongest candidates.”

Had Republicans run Castle in Delaware and establishment favorites Sue Lowden in Nevada and Jane Norton in Colorado, Lott said, Tuesday would have turned out different.

“With those three we would have won and been sitting at 50 [senators],” he observed.

Another high-profile senator went even further, placing the blame for the Senate GOP’s failure squarely at the feet of Graham’s South Carolina colleague, DeMint.

This Republican senator said that the tea party was the “big winner” by helping bring enormous energy behind GOP candidates Tuesday, but he said that “Sen. DeMint was the big loser.”

“It’s like you’re on the five-yard line ready to score and the quarterback calls the play and some member of your team tackles one of your members and keeps you from scoring,” the senator said. “We came tantalizingly close to a majority.”

“I’m completely mystified by it,” the senator said of DeMint’s tactics.