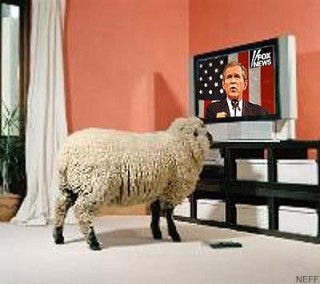 – A key reason why American politicians so seldom say anything intelligent is that no one would listen even if they wanted to. The media now filter out all noises except screams. What comes out from Fox News and all its imitators, and from most bloggers, is a cross between a bar-room brawl and the rantings of a TV evangelist. –

This week, we have been front-row witnesses to a mix of some of the best and of a good deal more of the worst in American politics.

Not of the very best by a long shot. Nothing was said that was in the least inspirational or eloquent: no one appealed to “man’s better angels” or indeed appealed to anything but people’s pockets. No new ideas were expressed nor were any imaginative policies advanced.

Nor of the worst possible, at least in the sense that no atrocious scandals, personal or financial, were exposed.

Begin with the positive. Much about the Tea Party movement is outright nutty. The single nastiest aspect of the election was the way all that chatter about “less government” was being used as a code for those who are at least comparatively well-off (the incomes of Tea Partiers are well above the national average) to be looked after at the expense of the poor (most especially blacks and Latinos).

This is what the attempt to dismantle President Barack Obama’s health-care reforms and so strip 30 million Americans, 11 million of them children, of any health insurance, amounts to.

Nevertheless, the Tea Party itself is a remarkable political achievement, one hard to imagine in any other Western country, Canada most particularly because we’re so cautious and conservative. A whole lot of amateurs and outsiders have been turned on to national politics. They are challenging the establishment and so are energizing the system.

Positive also is the way the American political system’s division of powers provides a way for a government to be brought to account without being brought down. The “shellacking” Obama received puts him in the dock while leaving him president. Radical policy change thus is much easier to achieve in a presidential system than a parliamentary one.

The negatives far outweigh the positives. More than ever, America is less a democracy than a dollar-ocracy. Spending was at an all-time high (one Senate candidate, Meg Whitman, set a of, at last count, $160 million).

The policy content of the contest had to have been the most vacuous ever given the context of the times. Not one candidate mentioned the two wars, in Iraq and Afghanistan, that are bleeding away American lives and treasure. The Republicans called for — really, yelled for — less government and less spending yet proposed not a single spending cut other than, naturally, repeal of Obama’s health-care reforms.

A key reason why American politicians so seldom say anything intelligent is that no one would listen even if they wanted to. The media now filter out all noises except screams. What comes out from Fox News and all its imitators, and from most bloggers, is a cross between a bar-room brawl and the rantings of a TV evangelist.

Add together the negatives and the positives and the impression is left of a nation that has regressed to political adolescence: its heart is still pounding but its head has gone hollow, at best mushy.