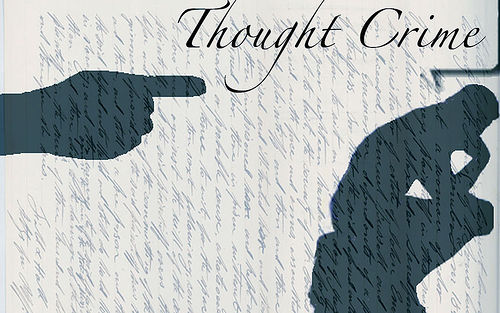 Would Meryl Streep, Spike Lee, Tim Robbins or Susan Sarandon be willing to swear an oath of loyalty to the United States and its policies in order to receive public funding for feature films that they star in, direct or produce? In Israel, the far-right Knesset member Michael Ben Ari has proposed a bill that would require entire film crews to pledge allegiance to Israel as a Jewish and democratic state, and to declare loyalty to its laws and symbols, as a condition for receiving public funding. It’s just one of more than ten bills to be discussed during the Knesset’s winter session that several commentators in Ha’aretz have characterised as proto-fascist.

The Association for Civil Rights in Israel has warned that this amendment, which will soon become law, is the tip of an iceberg. Some of the bills now going through the Knesset, which have a good chance of being ratified, would make support for an alternative political ideology, such as the idea that Israel should be a democracy for all its citizens, a crime.

A proposed amendment to the existing anti-incitement bill, for instance, stipulates that people who deny Israel’s Jewish character will be arrested. This extension to the penal code, which has already passed its preliminary reading, incriminates a political view. Another bill lays the groundwork for turning down candidates for membership in communal settlements built on public land if they do not concur with the settlement committee’s political views or are adherents of a different religion. The point of this is to make it legal to deny Palestinian citizens of Israel access to Jewish villages.

Still another bill that has already passed its first reading stipulates that institutions marking the Palestinian Nakba of 1948 will be denied public funds. This is like denying public funding to schools in the United States that wish to commemorate slavery or to memorialise the crimes perpetrated against Native Americans.

Then there is a bill against people who initiate, promote, or publish material that might serve as grounds for imposing a boycott against Israel. According to this proposed law, which has also passed a preliminary reading, anyone proven guilty of supporting a boycott will be ordered to pay affected parties about $8000 without the plaintiff’s need to demonstrate any damages.

Finally, eight Knesset members are proposing a bill to ban residents of East Jerusalem from operating as tour guides in the city, potentially putting hundreds out of work. The rationale behind this is that Palestinian residents of Jerusalem should not be certified guides because they do not represent Israel’s national interest well enough ‘and in an appropriate manner’.

The sudden spate of these bills at this historical juncture is no coincidence. The struggle between the democratic demand that all citizens be treated equally and Zionism’s hyper-nationalist ideal seems to have been determined once and for all: Zionism’s aspiration to promote democratic values is giving way to its nationalist ethos.

Neve Gordon is a professor of Politics and Government at Ben-Gurion University of the Negev. He writes on issues relating to the Israeli-Palestinian Conflict and human rights. A third-generation Israeli, Gordon did his military service in a IDF Paratrooper unit. During the first Intifada he served as director of Physicians for Human Rights, Israel. He identifies himself as a member of the Israeli peace camp, has described Israel as an ‘apartheid state‘ and supports the Boycott, Divestment and Sanctions against Israel movement.