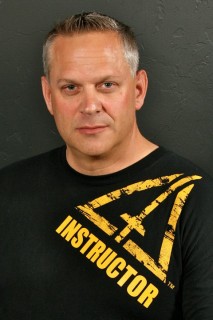 TacTalk is a weekly publication which can be found at the official site of Opsgear.

It is the eve of Veterans Day 2010. I sit in my apartment at a late hour and reflect on the seasons of our country, the founding of this nation, the promises and hopes for liberty and freedom. I think of the signers of the declaration, and the blood stained ramparts which bridged a nation.

It is with a humbled heart I write this hour set deep in the thought of the thousands who suffered and died so that I might be found safe, warm and comfortable in my small but tranquil room.

It is with steady and flowing emotion I ponder the fields of flanders from the great war. I have walk those fields and caressed the knee high grass with my hands as I reviewed endless crosses that stood as literal stone cold reminders of the cost of war. The price that is paid by the young because of the foolish who toy with lands, politics and possessive dreams. 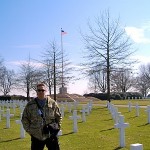 I knelt reverently at the grave of an unknown polish paratrooper in a small and quiet graveyard near Arnhem Holland where over 8,000 British and Polish soldiers died in only a few days. I wept for this young soldier who laid before me without a name to mark his grave. My tears fell upon the engraved symbol of his nation that was even etched on his plain but faded white stone marker. 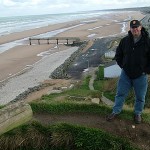 I walked the cliffs and the sands of Omaha Beach in Normandy France on a cold spring day. The waves were violent and the weather was stiff. I pulled up my collar and folded my arms to stay warm while I starred down the 3 mile stretch of sand and the looming cliffs wear 60 years before over 3,000 Americans died in that space in only a few hours. It is impossible to speak the feelings, the spirit and the reverence I felt there.

The violence, the destruction can only be imagined with a disconnected lack of reality by those including myself who were not there that morning on June 6th. Courage and in many cases certain death awaited the Higgins boats as they were tossed in the early morning surf and purged their young cargo into the steel rain that cut them apart. Massing, moving, courage and sheer numbers finally secured a beachhead and the second war would be all but over in a years time. 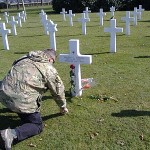 A few miles from Dog Green Sector was Red Beach. Above this famous blood soaked beach are 10,000 white crosses marked ever so clearly with the names of the dead and the symbols of the unknown. Two brothers lay next to each other, killed on the same day. There is a Captain and then a private. There is a Christian and then a Jew. The names are familiar to me. The names are your names. They are the names I went to school with and the names I heard called a thousand times as I served for over a decade. Youth lay forever in this place of crosses, this monument to selfless sacrifice and courage against inconceivable odds. When you visit this place, the narrow rows of crosses speak to your soul to never forget them, live for them, honor them and respect the reasons they came. Some for duty, some because they were asked, but all gave that day on this dismal beach. 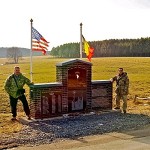 Inland I traveled to Sainte Mere Eglise were the 82nd fought a hasty fight to survive while being shot from the sky by unwelcoming Germans.

Then to Bastogne where the 101st held the line in the dead of winter with record cold, low ammo, limited food and pure tenacity. I walked the tree line and saw with my own eyes the shell craters and fighting positions. 60 years of moss and growth covered the depressions in the ground, yet were deep enough to lay inside beneath the earth and only imagine. Again the spirit of this place was not shy in telling all present that they stood on hallowed ground. That friends fought for friend in this place. 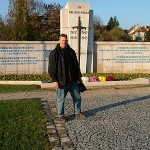 What is it about a battlefields that causes one to feel the sacred hush of the past? It is as if the dead are silently watching all who have come to visit as watchmen to ensure reverence and dignity is maintained. They whisper quietly but continually to never forget.

Verdun, Berlin, more sights, places, monuments. A generation was butchered, and the sons of that generation came back again to finish the fight. They secured the continent for a generation. Unparalleled peace, prosperity, diversity and freedom would be the gifts of this selfless service.

Other conflicts, Korea, Vietnam, other small wars and more young men and woman answer the call. From bunker hill to Gettysburg and beyond my family name and my fathers fought. From the Mexican border on horseback to the sands of the middle east they have fought and served. They serve now, this night. How can I this evening before the day the world remembers not be touched by the willingness of my own blood to put it on the line. Since the beginning of this nation and even now, they have gone and answered the inner calls to serve. I am touched by this and I find myself on my knees seeking their safe return. I upon my knees pray that the scars that are certain to come because of going will be shallow and heal over time. 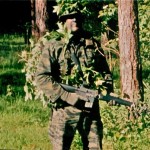 ﻿I am struck this night in my soft chair and my safe room by the pain that is still felt by the living of these awful conflicts. The sleepless nights and the constant fear. The dreams who’s purposes are to reconcile, but only fatigue the already weary souls of the dreamer. I am blessed to know some and to love all who went.

I remember small wars. Places that are not spoken of in school or appear on the approved lists for pay, medals and veterans letters. The small wars that stemmed the tide of dictators, totalitarians and czars for over 60 years since the end of the second war. These small wars where men still died and suffer and serve. There is no glory in war, no peace for the souls of those who serve. Only memories of the mates, the missions and the tokens of military life. Humor is found in the thoughts of a buddy and tears are shed privately for the ones who became memories and still forever. 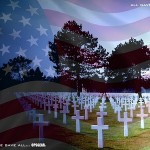 America wake up! wake up and remember. Remember these men, these women these precious souls. They are just like you in so many ways. What does the soldier, airman, sailor or marine look like? He looks like you, your brother or sister. He is the goofy kid next door and the athlete on the cover of your senior year book. He is the common man that decided to take the oath. He is in some cases dead and in others silently living next to you completely aware that you may not care one single bit about his life, the deeds and the dead. In spite of this he still most likely loves you and would defend you. I this eve of 11/11/10 salute the loved, lost, living and fallen from all generations who have served.﻿