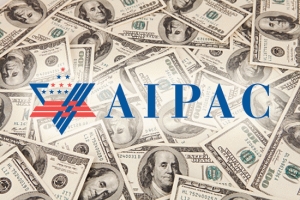 The latest episode of the AIPAC spy scandal turned sordid last week, with the pro-Israeli lobby releasing its deposition of fired official Steven J. Rosen in which he confesses he engaged in extra-marital sex and watched pornography on his office computer.

But largely buried beneath such tawdry details was an admission arguably far more damaging to Rosen’s drive to prove the organization ruined his professional life: that major Jewish donors supported him with hundreds of thousands of dollars during the four years after his dismissal in May 2005.

Lawyers for the American Israel Public Affairs Committee, or AIPAC, argue that such financial support, as well as continuing references to Rosen as an influential figure in Middle East policy circles, shows that his firing hasn’t materially affected his life. Indeed, many of the dozen benefactors Rosen named, including entertainment mogul Haim Saban and Slim-Fast billionaire Daniel Abraham, are also major donors to AIPAC, which fired him after the Justice Department charged him with illegally giving classified information to Washington Post reporter Glenn Kessler and an Israeli Embassy official.

During his Sept. 22 deposition, AIPAC’s lawyer alleged that Rosen had received “over $1 million in gifts or severance or payments of benefits between ’05 and ’09.” Rosen detailed gifts that amounted to $670,000.

One philanthropist “bundled” about $200,000 for him, Rosen said. Saban gave $100,000 to him, his wife and children. Another supporter, philanthropist Lynn Schusterman, paid off Rosen’s daughter’s $18,000 college loan, he said. In all, about a dozen supporters gave him $670,000, according to his testimony, which AIPAC released last week.

The payments stopped in 2009, Rosen says, when the government dropped its case against him and another AIPAC official, saying it couldn’t make an espionage case against them.

During its deposition of Rosen, AIPAC’s lawyer Thomas L. McCally clearly tried to make his confessions of pornography and philandering the central issues in his dismissal. Rosen shot back that he had “witnessed” AIPAC’s executive director Howard Kohr “view… pornographic images on AIPAC computers,” as well as “his secretary do it repeatedly, and call people over to see it, including Howard Kohr.” He said he “witnessed other members of staff do it,” too.

Kohr did not respond to a request for comment on Rosen’s pornography allegation. AIPAC spokesman Patrick Dorton declined to comment on that allegation but said his suit had no merit.

Rosen portrays the pornography issue as a red herring, contending that government attorneys stampeded the organization into firing him by playing its officials a selectively edited portion of a wiretapped conversation that made him look like he knew he was illegally trafficking in classified Pentagon documents.

Within hours, the organization announced it was firing Rosen because such alleged behavior “did not comport with standards that AIPAC expects of its employees.”

Rosen says his actions were common practice at the organization. He said his next move is to show that AIPAC, Washington’s major pro-Israeli lobbying group by far, regularly traffics in sensitive U.S. government information, especially material related to the Middle East.

“I will introduce documentary evidence that AIPAC approved of the receipt of classified information,” he said by e-mail. “Most instances of actual receipt are hard to document, because orally received information rarely comes with classified stamps on it nor records alerts that the information is classified.”

But Rosen said he would produce “statements of AIPAC employees to the FBI, internal documents, deposition statements, public statements and other evidence showing that [the] receipt of classified information by employees other than [himself] … was condoned … for months prior to being condemned in March 2005 after threats from the prosecutors.”

AIPAC, he said, “will make denials. The jury will have to decide who is telling the truth — I am.”

SpyTalk columnist Jeff Stein is a longtime investigative reporter specializing in U.S. intelligence, defense and foreign policy issues. An Army Intelligence case officer in Vietnam, Stein has authored three highly regarded books and has been a frequent contributor to periodicals ranging from Esquire,Vanity Fair, GQ and Playboy to The New Republic, The Nation and The Christian Science Monitor. He also appears frequently on television and radio as an analyst on national security issues.