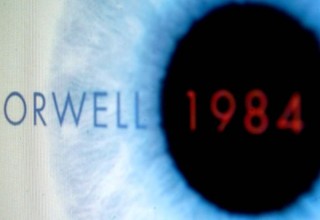 Philadelphia, Pa – As the trajectory of criminality dynamic by Czars accelerates, the illusion of Democracy hoax becomes reality on “Thanksgiving Day Legacy c.2010”

Posted by Salem News. Holiday travel conflict that goes beyond comprehension of any normal citizenry.  Translation, the “Chances are Greater that Americans can be Hit or Killed by Lightning in a Bathtub than by Artificial Terrorists,” on any day of the year. Posted by VT.

The self anointed reverse victim collusion with artificial terrorism industry methodology and dynamic. Airport phony Al-CIAda terrorist checkpoint debacle of sexual assaults and abuse have been a dry run for usurping U.S. Constitutional Laws replaced by military checkpoints and sealed State borders.  “Because for those of you who don’t remember, the State Department admitted to allowing Umar [Christmas underpants phony] to get on that plane in the first place and eye witnesses reported he was walked through security right past the boarding gate and  helped to his predetermined seat on the plane by someone who looked remarkably like a CIA asset.”Posted by  Scot Creighton

The installation of Cancer Scanner Rapiscan machines at airports by Homeland Security Czar Chertoff and TSA Czar Napolitano commence the evisceration of the personal freedoms of all citizenry 4th Amendment rights.  “The right of the people to be secure in their persons, houses, papers, and effects, against unreasonable searches and seizures, shall not be violated, and no Warrants shall issue.” Subsequently, 50 States have hundreds of laws enacted against child molestation, child porn, illegal search and seizures, sexual assaults, sodomy, torture, and false arrests. Consequently, American citizenry are the most irradiated and propagandized pathetic victims on earth who continue to permit this charade.

Nobel prize winner obnoxious war lord Obama presents the Presidential Freedom Medal Posted by Raw Story to International war criminal and pariah extraordinaire Bush Sr while apoplectic ogre Bush Jr documents admission to International War Crimes Genocides War against Peace and torture of humanity. Presidential Freedom awards and illiterate book tours are blatant distractions from the dilution of any merit that America or these hollow accolades and awards has ever held .  So the sanctimonious parody received across the world spectrum is “Drop Dead’ by self anointed reverse victim industry and phony terrorists dysfunction dynamic.

American highest ideals of ‘Beacon and Light to The World’ in the last 60 tears have become tarnished symbols that lack the responsibility of highest achievement transparency and merit demands, lack of self dignity, devoid of humanity, uninhibited criminals crony’s goons and satraps exercising mass murders, illegal occupations. Including the Thanksgiving Day hoax dry run airport checkpoint exercise or complete conditioning of the masses for a military takeover, war against peace and the War against American citizenry.

“While it is true that the power of the Tsar was absolute, that only a small minority had any significant political voice, and that the mass of the empire’s citizens were peasants, it is worth noting that Russians during the reign of Nicholas II had freedom of press, religion, assembly and association, protection of private property, and free labor unions. Sworn enemies of the regime, such as Lenin, were treated with remarkable leniency.” Posted by Institute for Historical Review.

Many Americans are learning that Wailing Wall Street criminal goons have conditioned the masses with rigged market frauds, outright theft and the farce of ‘magic of compound interest.’ Thereby, resulting in repeating the 1917 confiscation and theft of the labor property and assets of Americans.  This confiscation includes first decade of the 21st Century Czarist oppression of freedom of the press, religion, assembly and association, protection of private property, and free markets QE1 QE2.Posted by Before Its News List of 35 unchecked Presidential appointed demonic Czars operating to the detriment of ‘We the People’ and above the US Constitution Laws.

Tyrannical Czars Dry Run Military Police State
These officials are documented and self incriminating war lord Czars who, by their daily bellicose actions alone, state verbatim that all 310 million population of America is not worth the single breath intake required to sustain life and deserve death destruction and confiscation of labors assets and property.
Supreme Czar Obama backs TSA goon squads by permitting phony Al-CIAda Christmas underpants spontaneous combustive foul odor artificial terrorist to shake mighty US military satraps and dumb-down conditioned citizenry.  Further, the meaningless diluted and hollow celebration and accolades attributed to U.S. artificial freedoms and democracy is further confirmed by the Henry Kissinger statement all citizenry are “useless eaters c.1980 CFR and need to be eliminated.
“Will taxi passengers be next? In those Muslim lands whose citizens the US government has been slaughtering for years, favorite weapons for retaliating against the Americans are car and truck bombs. How long before Pistole announces that the TSA Gestapo is setting up roadblocks on city streets, highways and interstates to check cars for bombs?  That 15 minute trip to the grocery store then becomes an all day affair. Posted by Dr. Paul Craig Roberts
Travelers who opt to drive their new GM successful shiny debt bailout autos find military checkpoints on every highway. The illusion of Democracy hoax is complete with a pretext war with Iran and $20.00 gallon of gasoline. “Privacy will become an alien concept. Citizens will be permanently logged on to the Big Brother surveillance grid, through their implanted microchip, the face scanning CCTV in the street, the RFID tracking chips in every supermarket product, and the biometric identification that accompanies every transaction. Government will have instant access to all public and private sector databases. “Police State Planning” by Michael Nest .   Self anointed reverse victim industry and marriage of the artificial terrorism industry is the forefront reality of the Czars unchecked power over the U.S. Constitution and the American citizenry personal freedoms under Articles Bill of Rights.
U.S. Grim Repeat Is Soviet Communism

The U. S. overrepresented dysfunction dynamic ideologues shadowing 16th Century Czar tyranny, disproportionate to world populations, repeat the Bolsheviks a small movement that was financed by criminal goons “Wailing Wall Street” Posted by Opinion Maker.  Thefts that succeeded in taking control of Russia and imposing a cruel and despotic regime on its people with the hidden most outrageous killing machine in recorded history.  The NKVD-CHEKA killing machine resulting in the death of 50 million Russian Imperial citizenry. “Without mercy, without sparing, we will kill our enemies by the scores of hundreds, let them be thousands, let them drown themselves in their own blood. For the blood of Lenin and Uritskii let there be floods of blood of the bourgeoisie — more blood, as much as possible.” Posted by Institute for Historical Review.The U.S. is now Soviet Communism as the uninhibited trajectory of criminality dynamic by supreme Czar goons accelerates across the full spectrum of world dominance by a hollow dysfunctional and merit less grim regime.  The illusion of Democracy what better day to celebrate the complete genocide theft and confiscation of indigenous Peoples than on Thanksgiving Day Holiday Posted by Opinion Maker