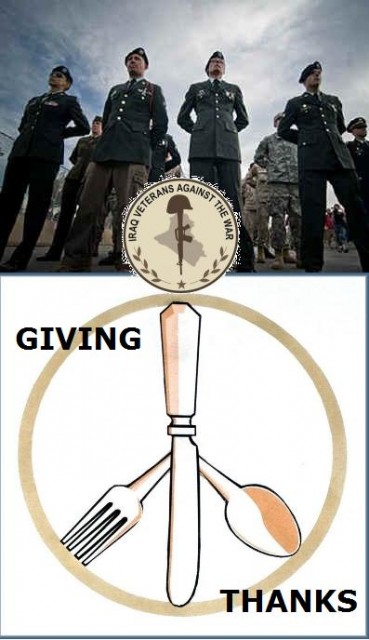 Give Thanks that the War(s) have not spread even futher THUS FAR requiring the other 99% of Americans to understand what the two word THE DRAFT really mean. Give Thanks that the rest of America does not not to concern themselves with the other 1% carrying the burdens of war. Give Thanks for those who have volunteered to carry the burdens of war for the rest of us. If you really support the troops, bring them home NOW.

Iraq Veterans Against the War (IVAW) has  accomplished a lot in a short time, but there is plenty of work ahead.  Check out this recent article, “Healing from Empire: Anti-War Veterans Re-define Veterans Day” that encapsulates and celebrates our latest efforts. 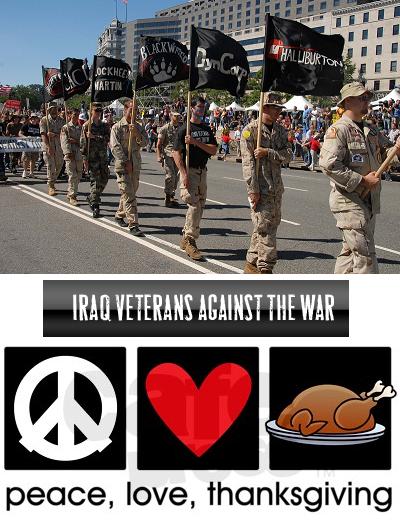 Notwithstanding the colonial roots of the Thanksgiving holiday, we hope you have a happy one.  And as you enjoy your holiday time, please remember our IVAW active duty brothers and sisters, and hold them in your thoughts and hearts.