According to the Lebanese military, at 11 am and again at 1 p.m.  on 1l/24/10, a total of six Israeli warplanes crossed into Lebanese airspace, and violated for the 8256th time UNSC resolution 1701 that ended Israel’s 5th war against Lebanon, on August 14, 2006. Nearly, daily, and sometimes several times daily, warplanes and/or reconnaissance aircraft invade the skies over Lebanon to frighten, attempt to intimidate, and pressure the Lebanese population. They also to try to keep tabs on Lebanon’s resistance, led by Hezbollah.

As every Resistance defender  is aware, if a twice daily high flyover by a US supplied specially programmed satellite imaging camera detects a stone the size of golf ball out of place, since the previous photo, anywhere in an area thought to be visited by Hezbollah forces,  the photos are closely examined by Israel and American analysts.

The moving of a stone or a tree branch or significantly more or fewer goats appearing in a herd, meandering, for example, in  Lebanon’s “nature preserves” is carefully analyzed. The reason, and perhaps encapsulating Israel’s increasing likelihood, according to UNIFIL — United Nations Interim Force in Lebanon and US sources,  of failing in its next war against Lebanon, is that Israel has never even been able to figure out  what became of the hundreds of tons of chipped rock and soil removed during the construction of hundreds of suspected deep Hezbollah bunkers, impenetrable to every weapon but nuclear.  Some bunkers are almost literally under the noses of where suspected  Israeli agents live or where UNIFIL forces patrol daily. “ Do they remove the debris by teaspoons full?”  a UNIFIL official wondered recently.

Also unsettling to the Israeli military and reportedly censored from viewing by Israeli forces  are a collection of Hezbollah training videos thought to have been photographed by US  high altitude  cameras. IDF psychologists reportedly have advised the Israeli Cabinet that seeing the Hezbollah videos may further erode Israeli forces confidence if they are ordered  again into Lebanon.

One such video shows the following:  A line of Hezbollah fighters on mountain bikes in a steep ravine south of the Litani river riding at high rates of speed. The rider must flip the bike  up onto only the back wheel so the soldier’s body is facing the sky and his back flat parallel with and about two feet off  the ground. The examinee must travel at close to 90 mph  holding a RPG in either hand, and a cell phone in the other waiting firing instructions from a subterranean command center.

The fighter must then fire the rocket thru a swinging small tire approximately 120 meters away on a tree branch.  Achieving fewer than 11 bulls eyes out of 12 requires the arduous physical test repeated.  A commander in UNIFIl, who claims to be familiar with this particular Hezbollah training exercise commented that none of the UNIFIL soldiers from the 28 countries could even do the exercise, much less get one RPG through such a swinging tire.  “ I would doubt very much if any Israeli could do it either. Hezbollah fighters are probably the world’s best. I have never studied the Chinese up close but I’ve seen a whole lot of the others.” 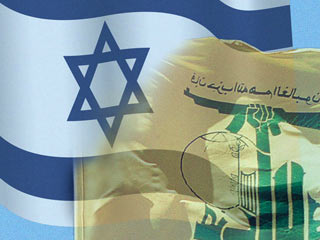 It is these kinds of skills that Hezbollah fighters used to force repeated errors by Israeli forces during the July 2006 war, and although not widely reported, during its 18 years of occupation of Lebanon (1982-2000). Errors, that the Israeli Winograd commission called “ the worst kind of mistakes and failures of the ground forces.” Among the examples  still discussed in Dahiyeh,  and presumably in Tel Aviv and Washington, include  the Hezbollah forces routing of the Israeli  “elite” Golani, Egoz and Magland Brigades at Maron al Ras on the Lebanese-Palestine border between July 25-30, 2006.

Another was the Battle of Bint Jbeil which Dan Halutz  called Israel’s planned “Web of Steel’ which was expected to take less than 48 hours to defeat Hezbollah forces starting on July 24.  But by July 30,  the much battered  Golani forces withdrew and the Israeli air force renewed indiscriminate aerial bombardment.

Down the road from Bint Jbeil, at Aita al-Shaab, Israel lost 26 soldiers and more than 100 severely injured without gaining an inch of territory. Shortly before Israel agreed to a ceasefire,  its forces experienced the catastrophe at Wadi Slouqi, a ravine through which  a column of Israeli tanks were sent to link up with airlifted troops at Ghandouriyah village.  The Israeli plan, read by Hezbollah forces from the onset, was to move toward Tyre and head north.  “They (Hezbollah forces) jumped up out of the ground all around us” one Israeli at the scene testified later. Hezbollah hit more than a dozen tanks, quickly killing 17 Israelis and wounding more than fifty. It became known in Israeli military  circles as “the Black Sabbath, the goddamned Sabbath”, as one Israeli war room officer commented.

Increasingly during the 33 day July 2006 War, Israeli forces refused orders to advance against Hezbollah fighters, happily opting for 14 day jail sentences for failure to obey orders.  Concerning IDF recruitment and  AWOL problems, according to IDF Captain Arye Shalicar of the IDF Recruitment Fraud unit, it is US taxpayers who  foot the bill  for eight companies of private investigators recently hired to track down Israeli draft dodgers.  The popular social networking site, Facebook,  is being used  to track down thousands who lied about being religiously observant and seeking to avoid facing Hezbollah.  Israelis not wanting to join the military often post a photograph on Facebook showing them eating at non-kosher restaurants or accepting invitations for fake Friday night (Sabbath) parties sent by the investigators.

It was against the backdrop of examining these kinds of IDF-Hezbollah confrontations, that  a US Senate Armed Services Committee staffer reports that, “seemingly counterintuitive given the past six decades of US coddling  Israel with all manner of  support and  political cover”, the White House has informed Israel that the days of ‘green lights’ for trampling and carpet bombing Lebanon are over.  Secretary of State  Clinton reportedly told PM Netanyahu during his recent visit to basically ‘forget about it’ when Israel’s Prime Minister repeated ad nausea the mantra that “Lebanon is now Hezbollah and Hezbollah is  now Lebanon” so Israel can exercise “blanket self defense.”  ( Ed: gets to bomb and obliterate at will)

During US Foreign Relations Committee Chairman, John Kerrey’s recent swing through the region he warned Lebanese  and Syrian officials that Israel could attack at any time.  But he also carried the message to Israel that Washington does not want an Israeli attack on Lebanon or on Iran for precisely the same reasons.  Israel can’t win Washington increasingly believes and the risk of regional conflagration from either is too great.

“Hezbollah’s  greatest advantage against Israel in the next war against Israel”, according to Pentagon sources, including a 22 year veteran who maintains an office in Beirut,   “is not seen in Washington  as  being based on just Hezbollah’s  demonstrated ability to prevail on the battlefield against Israeli ground forces, withstanding potential days or weeks or months of carpet bombing and during hugely asymmetric conflicts. Rather, increasingly Hezbollah’s success against Israeli is being explained by its moral, political, popular, religious, psychological, culture that were enhanced by Hezbollah’s “Lebanonization” and growing acceptance by other sects while being dubbed by some at the Pentagon as now “the 8th greatest missile power in the World.”

There is also the factor of the environment that is embracing Hezbollah and the Resistance. These are  people who will no longer accept to yield to the dictates of  Israel,  the US, Lebanese Forces, Phalanges, or anyone else.  As far as the Resistance is concerned, no one can ask a people that was oppressed, occupied, and disdained by others for decades and centuries, yet managed to gain power to defend itself at a time when everyone abandoned it, to let go of its element of power and become again under the mercy of Israel’s threats as well as those of its local Israel’s allies.

Hezbollah believes it has to win the next war for the sake of the whole country, because the army is poorly equipped and because Lebanon has hundreds, maybe thousands of Mossad agents in Lebanon compromising the country’s institutions. Hezbollah MP, Nawaf Moussawi has said on many occasions that the STL indictment accusing Hezbollah of the Hariri assassination will be dealt with as a US Israeli invasion, and to date Hezbollah has proven to have great skills in countering ‘invasions.’  The Party is not easily provoked or intimidated but when their existence is threatened it fights back.

Hezbollah, has  smashed the myth of Israel’s invincibility, broken the barrier of fear, increased the popular demand for resistance, exposed  the fake peace process and rejected  appeasement, acquiescence and surrender. Hezbollah forces taught the world that Arabs can and will liberate Palestine because  they possess the qualities  and acumen to do it. The kings and the presidents in the region, who for six decades chose their thrones over Jerusalem  quake as does Israel.

This observer is obviously not privy to any security information relating to Hezbollah, and it would be treasonous and unthinkable for anyone in Hezbollah to share any, but among the many scenarios that the Lebanese National Resistance  is said to be preparing for includes a possible invasion from  North  Lebanon using troops from two Arab countries that for years having been trying to train Sunni and Lebanese Forces “ Security minus”  troops.

The plan, if it exists, would try to force Hezbollah from Beirut back to the south, by using a blitzkrieg type of invasion using Arab, American and Israeli forces attacking south Beirut as north Lebanon Sunni and Christian forces  close of roads heading out from Beirut. Phalange forces would try and capture Mt Lebanon, and Arab special forces would hunt Hassan Nasrallah and the Hezbollah leadership amidst “ Dahiyeh option”  ruins.  All to be made perfectly legal and respectable by the all but certain  STL indictments and convictions.

This kind of scenario is reminiscent of  when the French sent  Moroccans and Algerians to fight for them last century against the Turks.  A French General on the scene was asked “you are sending Muslims to fight against Muslims” ?

The general reportedly laughed and replied, “ if  our Arabs win we get the credit , if our Arabs or theirs die, who cares”.

Dr. Franklin Lamb is Director, Americans Concerned for Middle East Peace, Beirut-Washington DC, Board Member of The Sabra Shatila Foundation, and a volunteer with the Palestine Civil Rights Campaign, Lebanon. He is the author of The Price We Pay: A Quarter-Century of Israel’s Use of American Weapons Against Civilians in Lebanon and is doing research in Lebanon for his next book. He can be reached at [email protected]